Hello vs. Holla? A Letter to the Hollaback Folks – The Feminist Wire

Home / Activism / Hello vs. Holla? A Letter to the Hollaback Folks

Hello vs. Holla? A Letter to the Hollaback Folks 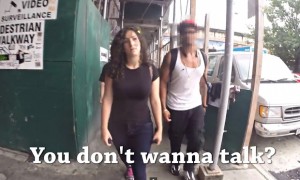 Like every woman I know, I’ve been in public places and experienced harassment from male strangers. I remember being in high school and going to a haunted house with girlfriends, and while standing in line, a drunken man in a group asked if he could “touch my titties.” Repeatedly. Perhaps I have what some people experience as “resting bitch face,” but I have constantly been told to smile by men, who think it’s cute and flirtatious. It’s really not.  As a number of women have noted, the demand that women you don’t know should please you by looking or feeling different, OR, that you are actually giving a gift to them by telling them how they should feel when you know nothing about them or their lives, is clearly sexist. If you don’t know this, Mr.-I-Should-Smile-For-You, go up to some man and tell him to smile because, as a man told me just a couple of months ago after I’d had a long, twelve-hour work day, “you’re beautiful and should always smile.” Do that to men for a while and see what happens. Seriously. I dare you.

That said, I’m pretty troubled by the video depicting a woman experiencing harassment walking around in New York for ten hours, and have had a number of debates with friends about it. Obviously, the fact that they edited out all the white men is racist. Even if they say that a diverse group of men harassed her, when they edit all the white men out their primary piece of evidence only attaches the behavior to black and Latino men. This stands in contrast to the powerful video where women tell their stories of harassment on the hollaback website, which reveals that some men believe that women being on the street makes them prey.

That said, I am also really disturbed by the fact that “how you doing” and “have a nice day,” while (most likely) a response to finding her attractive, is on the same level as saying that while following her, the command to smile, “you can’t speak to someone?” and some of the other comments. Some very thoughtful friends talked about the way that very often these ostensibly innocuous greetings are demands that you engage with them when you are minding your own business.  As someone who is primarily introverted and is often in a hurry, or working through something in my head when I’m walking somewhere, I’m not someone who engages with strangers often. And I think it is important to note that most men (I’ll get to this caveat in a minute) are not expected to do so. Male reserve is considered masculine, whereas women are expected to always respond or they are bitches. So I think it is important to think, culturally, about the ways in which women that want to be left alone to their thoughts can be described as rude. Those of you who feel that way should flip the script and think about the ways that intruding on someone who is not inviting interaction is actually the act of incivility. 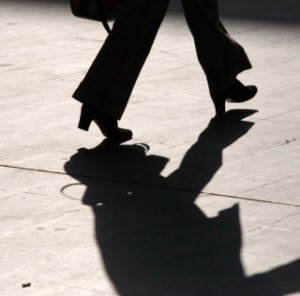 But that said, we should problematize this project because there is no disaggregation here, and I detect real differences in tone in the video. Just as I believe that the demand for engagement with a stranger can be rude, I also believe that someone who says “hello,” “how you doing,” “you look beautiful today,” can be producing a form of polite address, particularly when it is offered without expectation of response. Which is sometimes the case. Sometimes, of course, the tone of address is more aggressive and demanding.

I should also say that I lived in the south for a number of years. People speak there. Men speak to women. Women speak to men. Both might comment on your appearance. And as an African American, I often find that black folks tend to speak to each other in predominantly white spaces, and, as an interesting counterpoint to the claim that only women are pressed by the demand to speak, I also think there are all kinds of complex cultural rules about “speaking” in communities of color. The “how you doin’, my brother,” often has class and heteronormative implications. New York is a place where people often don’t make eye contact, don’t speak to strangers, and go about their business. So it is a different dynamic. But the tone of greeting that I experience from African American men is similar in other regions of the country—both the aggressive one (and this will be the controversial claim to some of my friends) and the one I experience as benign.

And that’s the issue here—do we want to say that all greetings from men on the street are harassment? I will be the first to acknowledge that some women are going to experience more of this than others—where you live matters. And women who read as feminine in ways I do not, as a larger African American woman who does not fit normative beauty standards. We should also acknowledge that people who perform gender in non-normative ways experience routine, horrific harassment. So I want to acknowledge that some people will encounter this more, and I stand in solidarity with those who constantly struggle with this. Street harassment is a serious problem that threatens the psychological and bodily safety of women and others who do not conform to normative gender performance. But I think the refusal to disaggregate the differences between various kinds of greetings we may receive from men feeds into the logic that feminists treat all interactions between men and women as violent.

And let’s go back to the racial framework of this video. I had a conversation with  someone about street harassment last year and she put in this category the food service and grounds workers who say “hi, how you doing” on my campus. If we want to talk about power dynamics, the expectation that the predominantly African American male workers on my campus keep their eyes down, don’t speak to you, and that saying “good morning” and “how you doing” is harassment, aren’t we embracing another set of narratives designed to discipline less powerful people? This expectation can replicate a racist culture where brown men should be silent and invisible in public.

I am deeply concerned with this issue, and to that end, we need to have a serious conversation about what changes we are asking men to make. Are we asking them never to speak to us unless we make eye contact? Or is it important to talk about how we see and treat each other in public spaces, with all the race, class, regional, and sexual politics at stake? There is real value to a continuum argument, that we should see all of these approaches to women in relationship to each other as it illustrates how women’s bodies are treated as public for men. But this argument risks making villains out of men who would never want to cause injury to the women they admire, and see us as part of their community. 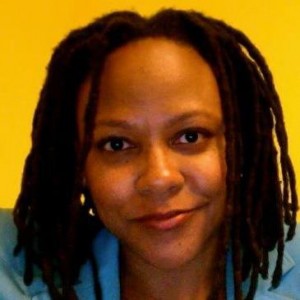 Rebecca Wanzo is associate professor of Women, Gender and Sexuality Studies and Associate Director of the Center for the Humanities at Washington University. Her book, The Suffering Will Not Be Televised: African American Women and Sentimental Political Storytelling, was published by SUNY Press in 2009.