Black Freedom Fighters in Ferguson: Some of us are queer – The Feminist Wire

Home / Activism / Black Freedom Fighters in Ferguson: Some of us are queer

Black Freedom Fighters in Ferguson: Some of us are queer 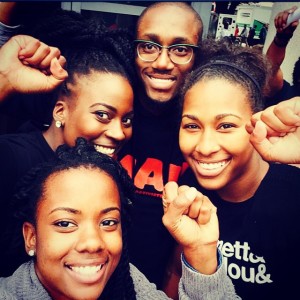 This week for #FergusonFridays we turn to two Black queer leaders, Ashley Yates and Larry Fellows III, who have been working on the front line in Ferguson, MO along with others from the start of the burgeoning movement. Larry and Ashley are members of the recently formed, Millennial Activists United, which is a group representing the future of an expanded cadre of Black leadership in the U.S. In what follows, they talk about movement, exclusion, and their hopes for an intersectional community of organizers.

TFW: How would you describe the present state of the movement(s) in Ferguson/St. Louis?

Larry: Everyone is anticipating whether the indictment will or won’t happen and what the outcome will be after. A lot of energy has been spent preparing for the #FergusonOctober weekend of resistance, which occurred this past weekend, and other events that will take place in the future. Everyone is staying focused and busy.

Ashley: People are talking to each other more than ever before and organizing in a way that really uplifts everyone in their individual efforts while also encouraging people to work together for the greater cause. Local organizers are beginning to really see just how much support is out there for the work being done here and that is fueling us.

TFW: What roles have each of you played in the movement? What lessons have you learned?

Ashley: My roles have been extremely varied. On any given day my role can shift. I sometimes play the role of front-liner: shaping the narrative in the face of the police and making sure they see the humanity in us as protestors and, more generally, as Black people. I have played the role of a strategist/organizer: speaking to folks here and from other cities to connect the dots and spread this movement. I have also been an amplifier: placed in front of people and in positions to share the concerns of those I stand next to daily on the ground. I feel a real responsibility to make sure what I say is reflective not only of myself and MAU, the organization I represent, but of the people. I have learned that we must LOVE and SUPPORT each other and although that is easy for me to do for others, I have to allow space for people to be there in that way for me. My hope and aim for this movement is to be a catalyst for change—the type of change sustained through real systemic transformation that reflects the value of Black lives and shows the world that systematic oppression is no longer acceptable in our society.

Larry: I inform people on what has been taking place here, making sure the truth has been told. It’s my way of ensuring the public is aware. I’ve learned so many lessons: the first was accepting help from outsiders despite the fact that many here have experienced some horrible situations in the beginning. I also am learning to hold what I value close, not material things, but people who have been supportive of me, not just only at the beginning of this movement but before, and realizing it’s okay for everyone to not agree with what I’m doing. If people can’t support me as an ally then I can’t associate with them. I want justice to prevail. And it may not be conventional, but I want my people to get a victory from this work and also for those in the movement to celebrate the small wins. I aim to make sure people of all facets are aware of the corruption and injustice in this country we call “free.”

TFW: As queer-identified black folk, what challenges and opportunities do you face as builders in this racial justice movement?

Larry: There are more challenges than opportunities presented to those who identify as queer. I’ve been out to my family and friends since I was fifteen, but I’ve felt like I had to choose between focusing on black issues or gay issues. I identify as a young black gay male who is fighting for social and economic justice. There’s a lot of exclusion and it’s blatant when it comes to having black queer and trans folk in spaces where the work needs to be done. We have to create our own spaces, which has a disadvantage because it feels divisive. We matter and I constantly have to remind myself that. I owe so many that have been on the ground with me, like you Darnell, Kalay’an Mendoza, Daniel Griffin, and my brother Cjay who have given me advice on how to assert myself and demand my place in this movement.

Ashley: In St. Louis you are either gay or you’re Black. Intersectionality is a word not yet recognized or practiced here. So as a queer person of color doing work that is centered on racial bias, it is difficult to hold space with people who tend to forget that we exist. It has been personally challenging for me to assert that queer people be included in a movement in which so few are visible, but I believe that by simply doing the work and existing as a bisexual Black woman my visibility will show others that there is a place for them. I have also been doing outreach work with some of the black gay groups in town in attempts to bridge the gap between the two very separate communities here.

TFW: Given the exclusion, What steps must we take to ensure that our fight against anti-blackness, and our politics that foreground the fight, is expansive and inter-sectional enough to include ALL black people?

Ashley: We must be conscious of our language. We must be willing to examine ourselves and think about the ways we treat people. If gender specific pronouns, like “you guys,” are the only way in which people are referred to in meetings, how is that inclusive? It starts with self-reflection. I think, especially for this area, that conscious effort is a necessity. The Midwest is not an area that is inclusive, so we must make sure that we are pushing beyond the normal comfort zone. I think outreach work is imperative. We cannot expect Black queer folks to feel accepted simply because they are Black because for too long we have been told you must choose one. So we must reshape that narrative of what it means to be Black: by being visible, doing outreach work in the queer community and making sure the space we are offering invitation to is a safe one.

Larry: We have to educate ourselves and others about our history. Queer and trans folk are part of that history, too. We must also be open-minded when talking about racial and political issues, because we aren’t all going to agree on every point but we can meet on common ground about making a difference.

TFW: Lastly, as black queer activists working on the ground in St. Louis, what words would you offer to both racial justice and LGBT activists and organizations locally and nationally?

Larry: To the LGBT orgs and activists that have not stepped up: I’m disappointed you don’t see this as your fight. I’m calling on you to stand with me in this fight, whether it’s advice, support, resources, or your presence. The Ferguson community needs YOU! To the racial justice orgs and activists who exclude those of the LGBTQ community: This is a human issue. You can’t continue to exclude your people. This is everyone’s fight.

Ashley: Silence is consent. It’s time to step up and realize that not only are there Black queer folks, but Black people, in general, are still fighting for the respect of our basic humanity. Marriage rights are amazing, but it’s incredibly hard for someone to rally around civil rights when the basic right to life is constantly threatened because Black skin makes you a target. Rally as hard for our lives and right to due process and justice as you do around the right to say “I do.” And to racial justice orgs, make sure you are out there fighting for and in such a way that it’s respectful of ALL Black lives, not simply the ones you are most comfortable with and adjusted to protecting. 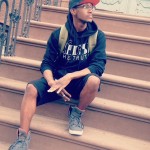 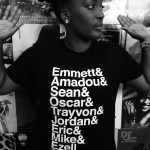