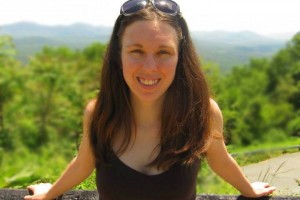 Laura Nessler is an essayist, playwright, and student. She’s an Artistic Associate with 20% Theatre Company in Chicago, a feminist theatre company dedicated to producing plays written, directed, and designed by women. Her full-length play Outside Agitators is being produced by 20% this fall. Laura is also pursuing a Masters in Social Work at Loyola University Chicago.