I’ve always loved movies.  A lot.  Romantic comedy, sci-fi, superhero action  – you name it, I will watch it.  Perhaps that’s why I’m such a fan of Scarlett Johansson.  In her most recent movies, she plays a self-absorbed love interest (Don Jon), a creepy alien (Under the Skin), the voice of the not-too-distant-future OS (Her), and a kickass heroine (Captain America: The Winter Soldier).  And, on August 8th, Esquire’s only two-time awarded “Sexiest Woman Alive” played the world’s smartest human in her new sci-fi film Lucy.  The second you think you know Scarlett Johansson, she whips out a new movie and dares you to typecast her—but trust me, chances are you won’t succeed.

So when the dust settled after Anthony Lane’s Scarlett Johansson profile debacle (the one in the New Yorker where he cast her as more sexual object than highly talented thespian), I could not have been more thrilled with the subsequent media response.  People 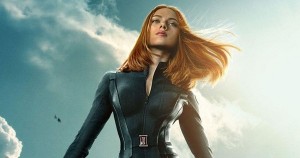 acknowledged that it doesn’t matter how gorgeous the actress is (and Johansson is gorgeous), it is never okay to objectify her.  Are people finally realizing that Johansson and her peers aren’t just pretty faces hired to coax viewers into the theater?  Or are they instead (inadvertently or otherwise) allowing the objectification of actresses besides Johansson?

Sure, the Lane piece inspired a lot of indignation, but his profile piece is quickly fading from memory.  It’s becoming increasingly unlikely that his blunder will inspire any change.  This unlikelihood is made more apparent by the fact that the outrage Lane’s article did inspire went towards the defense of one particular individual (Johansson) instead of towards changing the source of a much larger, structural problem.  Defending Johansson was an important first step, but the larger structure of sexualization still needs attention.

Indeed, for all the talk about feminism, sexism, and equality, the film industry continues to send a very different message.  Innumerable producers, directors, casting agents, magazine editors, writers, and audience members continue to objectify young actresses.  While actors answer questions about technique, equally talented actresses must instead respond to questions about their diet and “who they’re 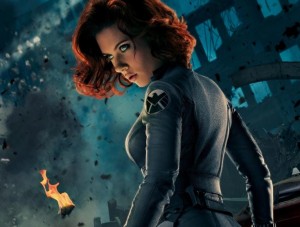 wearing.”  Too often when aspiring actresses are told that in order to make it big they need to first take it off, public outrage is nowhere to be found.

In fact, there seems to be a rule in Hollywood that to be taken seriously as an actress, first you have to show some skin and only then will the public praise and defend you for your talent.  After all, before Johansson became a household name, she first posed naked on the cover of Vanity Fair and opened her first major film as an adult – Lost in Translation – as a pair of legs wearing transparent pink panties.   It was her reputation as the “sexiest woman” alive that jumpstarted her career to the national stage.  Only later was it discovered (and then loudly defended) that her talent was even more magnificent than her physical appearance.

Alarmingly, this trend makes it even harder for actresses of color to transition from the casting couch to the big screen.  Sex sells, but certain images are more profitable than others.  If she wasn’t a white woman, Scarlett Johansson may have never even been asked to wear those pink panties.  Notably, in over twenty years only three black women have graced the cover of People Magazine’s “Most Beautiful” issue.  Since the status quo film industry dictates, with rare exceptions, that sexualization is the key that unlocks the door to major stardom, I can’t help but wonder how many amazing actresses of color never even get a chance to showcase their talent to American audiences.

Even male actors and celebrities are not safe from Hollywood’s emphasis on sexual objectification.  Although some people believe that male objectification counteracts the sexist nature of female objectification, I can’t understand why “fighting-fire-with-fire” justifies portraying anyone, regardless of gender, as an object.  Talent is talent; it shouldn’t be obscured by sexy photo shoots or skimpy costumes.  I don’t buy movie tickets to watch films use sex as a tool of discrimination; such exploitation simply isn’t fair to the celebrity who rightfully expects equal treatment in the industry and it isn’t fair to me as a movie-lover who expects to see talent on the big screen.

But the film industry doesn’t have to be unfair.  The film industry can, and does, produce amazing movies without having to objectify and sexualize females; however, such long-term change will only come if we movie-lovers insist that the status quo is unacceptable.  Stars like Johansson shouldn’t have to first establish themselves as sex objects before the conversation turns to their talent.  Even if we aren’t producers, directors, or scriptwriters, as consumers we hold tremendous power.  After all, films sell us sex because we are creating the demand for it.  It’s time that consumer demand ends the film industry’s objectification.  Otherwise, we risk buying a ticket to watch an object move across our screens instead of a highly skilled actress blow us away.

Give me Scarlett Johansson and all her talent and beauty, but hold the sex.

Megan Felder is a sophomore at Columbia University double majoring in Classics and Mathematics. She is a passionate debater, film enthusiast, and advocate of gender equality.