By Mecca Jamilah Sullivan on September 12, 2014

In today’s Feminists We Love feature,  writer, performer and arts activist Toshi Reagon talks with TFW Associate Editor Mecca Jamilah Sullivan about feminist lineages, the politics of creative work,  and the role of the artist in feminist thought and movement-building. [Video below]

Toshi Reagon is a multi-talented singer, composer, musician, curator and producer with a profound ear for sonic Americana, from folk to funk, from blues to rock. While her expansive career has landed her comfortably in residence at Carnegie Hall, the Paris Opera House &  Madison Square Garden, you can just as easily find Toshi turning out a music festival, an intimate venue or a local club. Toshi knows  the power of song to focus, unite and mobilize people. If you’ve been lucky enough to be in Toshi’s presence, you know you can’t walk away from her without feeling better about yourself as a human being. She aims for nothing less. Toshi has been the recipient of a NYFA award for Music Composition, The Black Lily Music and Film Festival Award for Outstanding Performance, and many other honors. She co-composed music for two Peabody award winning films,  is a National Women’s History Month Honoree, and is the 2010 recipient of OutMusic’s Heritage Award. Her many collaborators include work with Lizz Wright, Carl Hancock Rux,  Ani DiFranco, Director Robert Wilson, her band, BIGLovely, and her mother, Bernice Johnson Reagon. 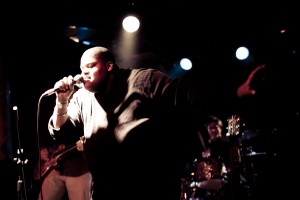 Toshi works in the tradition of many powerful communities of feminists, artists, activists and creators, including her mother, Bernice Johnson Reagon, Toni Morrison, Angela Y. Davis, Fannie Lou Hamer, poet Nikky Finney, fiction author Jacqueline Woodson, Dream Hampton, Jessica Care Moore, Imani Uzuri, Nona Hendryx, TheeSatisfaction, Tamar-kali, Climbing PoeTree, Martha Redbone, Joan As Police Woman, Alsarah, Morely, Be Steadwell, attorney Karen Thompson of the Innocence Project, filmmakers Yoruba richen, Shalini Kantayaa, and Blair Doroshwalther, and, as she puts it, “all the many people who work inside of systems and figure out how to make change and keep a line of integrity. You won’t read about them in magazines but without them we are nothing.” 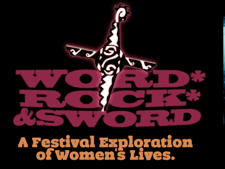 Related ItemsActivismArtCultureFeminists We LoveMusicPoetryToshi Reagon
← Previous Story COLLEGE FEMINISMS: Step One: Show Skin, Step Two: Praise Talent: A Look at Scarlett Johansson and the Film Industry
Next Story → #FergusonFridays: If it wasn’t for the women…[i]