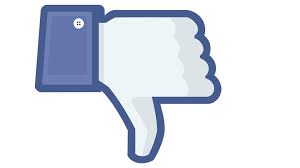 Since Michael Brown’s murder, the Internet has been abuzz with content focusing on what white people could and should do to counter racism. Others have noted what white people should stop doing, too. Through social media, white anti-racism has become hyper-visible. Personal profile pictures are traded out for images intended to communicate a person’s identification with anti-racism. Posting becomes a way to affirm a person’s commitment to a movement.

While in Ferguson for the Black Life Matters Ride, I didn’t offer reflective status updates that chronicled my experience. I didn’t change my profile pic to a selfie complete with protest signs in the background to announce to the world that I was there.

This wasn’t a decision arrived at after serious deliberation. It was just that something about what was happening on social media was bothering me, even as I didn’t know quite how to put my concerns into words that weekend.

Ultimately, I think my reluctance to publicize my experience in Ferguson was driven by one thing I know all too well—as a white person, going to Ferguson and then publicizing that work would likely garner all sorts of kudos from other white anti-racists.

Others have pointed out that the ways anti-racist whites often do social media appropriate Black experience and side step a real analysis of the structural underpinnings of racism.

But that’s not the only problem.

One of the most insidious privileges accessible to whites in a white supremacist culture is that claiming anti-racism regularly functions in the service of self-promotion and, in fact, anti-racism can translate into status for whites. Under no circumstance would this be okay, but when state sanctioned violence directed at Black lives is epidemic, this pattern amplifies injustice.

We live in a society that is structured by white supremacy, post-racial and colorblind rhetoric, alongside policies that promote a de-politicized version of multiculturalism. In a time characterized by these cultural contradictions, anti-racist whites are celebrated as evidence of progress. White anti-racism can then function as a status that can be traded on for access to elite spaces like universities, speaking gigs, diversity focused jobs, and public accolades.

And yet, organizing in Ferguson or writing about the devaluation of Black lives continually leaves Black folks subject to virulent racist attacks and the accusation that one’s work is simultaneously self-serving and political. The costs are real. Attacks threaten emotional wellbeing and undermine resilience. And when labor is perceived as self-serving or political, it is devalued.

It’s not that white anti-racists don’t experience any of these same consequences, it’s that alongside racist attacks whites are often likely to experience a particular kind of celebration for doing the work. Because racism is imagined as a problem that does not impact whites (a problematic assumption in and of itself), when whites articulate anti-racist ideas or participate in anti-racist work we are often labeled and perceived as good people, truly engaged activists, or, most insidiously, “benevolent” whites.

Social media often elicits precisely these kinds of reactions, and it is important to think deeply about the real effects of virtual exchanges. One effect is that attention is redirected from the issues towards a personality. Egos may be fortified, but the work may remain undone.

White anti-racism often functions simultaneously as self-promotion and a mechanism for building social and cultural capital. This is a kind of self-serving allying wherein anti-racist efforts benefit a white person in tangible ways but do not concretely undermine white supremacy (not simply personal racism).

In this moment of righteous grieving and sustained organizing, it is critical for whites to really wrestle with how and when to “BACK UP & OFF!” Often the litmus test for when it’s time to shut up is when what you have to offer a conversation promotes your “anti-racism” more than it contributes to dismantling racism.

Social media can be used to advertise white people’s anti-racism. Or it can be used to engage white folks about racism or as a tool for organizing around white supremacy. There is a world of difference.

To be sure, I have used Facebook statuses in ways that I am not proud of. But given the way social media plays such a central role in organizing folks and building community and given the life and death stakes, it’s essential that whites think harder about these posts.

Related ItemsAnti-RacismFacebookMichael Brownracismself-serving racismSocial MediatwitterWhite Privilegewhite supremacy
← Previous Story What My Mother Taught Me: Loving Self
Next Story → “No Climate Justice Without Gender Justice:” Women at the Forefront of the People’s Climate March