Personal is Political: The Other Girl: How I Found Feminism When My Mother Went to Prison – The Feminist Wire

Home / Family / Personal is Political: The Other Girl: How I Found Feminism When My Mother Went to Prison

Personal is Political: The Other Girl: How I Found Feminism When My Mother Went to Prison 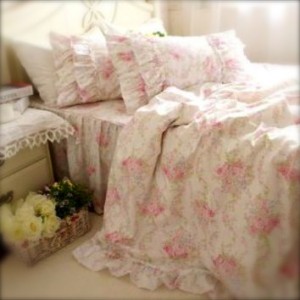 I thought the other girls at my new school would understand when I told them. I thought they would hug me and hold me and run their fingers through my hair as I lay across their floral or leopard print bedspreads. I thought I would show them the letters my mom wrote to me and read them aloud as tears dripped from our eyes, connecting us beneath colored string lights and Gossip Girl posters. I thought they would ask me for her address so that they could send her pictures of me smiling on a beach or in a park or at school, because I thought we’d be inseparable. I thought they would offer to visit her with me and hold my hand as we watched her through the glass partition that would keep her from me for the next 15 years. I thought they’d be my lifelong friends, helping me build myself up so that when I reached age 30 and she was finally released, I’d be something more than my mother’s empty daughter.

But other girls never understood. I was only 15 when it happened, but it took years for me to understand that other girls weren’t interested in hearing about my hurt. They wanted to have sleepovers and talk about periods and cute boys and algebra tests. They didn’t want to hear about what my therapist said after school on Wednesday or the cruel things that took place on the inside of a women’s prison.

I began to think of myself as damaged, and I began to think of my damage as an infection. I thought that my sadness was ugly and toxic and disconcerting, because it made other teenage girls uncomfortable. It made them scared that maybe, like my mother, there was something wrong with me, too. I thought the only woman who would ever want to know the real me was my stepmom, who’d always loved me so deeply that it was as if we did share the same skin and bones and blood. If I wanted to make friends, I had to hide myself, my past, and the things that made me who I was. Back then, I thought my mother’s incarceration defined me. I thought my life would always be reduced to the sight of blood on her hands as I dialed 911 from our living room. I thought, too, that the only thing that could change that was to be accepted by girls in polka dot pajamas at a high school slumber party.

Senior year, I’d gotten to know a classmate, Rachel, who’d encouraged me to swap college admissions essays with her, to give her feedback so she could do the same for me. I told her my essay was personal, that my discussion of “overcoming adversity” was probably a little different than hers. I told her she had to promise not to show anyone, and she agreed. I wanted desperately to prepare for college the way the other girls did; I pictured us shopping for dorm supplies together, making up for all the time we’d lost when my damages kept me on the outside. Later that week, one of Rachel’s friends approached me in the hallway asking, “Is that true? Did your mom really kill someone in your house?” That night, my stepmom held me the way those girls never would.

Since I couldn’t share myself with other girls, I shared myself with my teacher. Ms. Allen was infamous. She was the kind of teacher who got students grounded and suspended and maybe even expelled. She was the kind of teacher students hated; some would even brag about having found her address on the internet and vandalizing her house over the weekend. When she wasn’t around, they called her a “bitch” and a “dyke,” but she was the most compassionate person I’d met since my first day of school. The school counselor had told her about my mother’s incarceration and my PTSD, asking that she please excuse me from assignments associated with books or films that contained scenes of violence that might trigger for me. She was the first person who, after learning about my family situation, actually turned to me and asked, “How are you doing?” 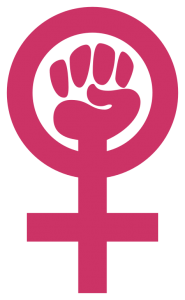 We ate lunch together in her classroom most days. We talked about classic literature and her obsession with mermaids, and I spent a lot of time wondering about the meaning of the fist inside the female symbol on her computer’s background. She was the best friend I had in high school, and when it was time for me to head to college, she presented me with a laundry basket full of new towels, hangers, pencils, and notebooks for my dorm.

Halfway through college, I added a Sociology minor to my English major. I was on a mission to express myself through writing while finding answers to the many questions that kept me up at night during those first four years of my recovery. During my junior and senior years, I spent a lot of time alone; when I wasn’t making friends with the characters in the books assigned in my literature classes, I was digging through Sociology textbooks and electronic search engines. I’d type things like, “Why do people kill?” And after discovering that there were too many reasons to consider, I’d backspace and replace those words with, “Who are daughters without their mothers?”

It wasn’t until I started taking a sex and gender class that I realized what that image on Ms. Allen’s classroom computer meant, and I understood that it was part of the reason why she took care of me. It represented feminism, and it represented her support of me and the other women in her life. During the summers, I’d return home from college and housesit for her while she was on vacation, running my fingers along the Jane Austens and Virginia Woolfs that lived on the bookshelves in her living room, knowing that they were the women who’d taken care of her.

Throughout college, I befriended several of my female professors, finding myself taking up their office hours by talking and crying and laughing—and belonging. I dated a guy for a few months who told me it was weird how much I shared with my teachers. “They’re not supposed to be your friends,” he’d say. But they, like Ms. Allen, gave me things that girls my age couldn’t. They knew what it was like to feel grief and fear and sorrow and loneliness. They taught me to appreciate the moments that led me to those feelings, to transform them into art that could reach people who’d experienced them, too. I came to these women hoping they could help repair the damaged parts of me, but instead, they showed me that I didn’t need to be fixed. 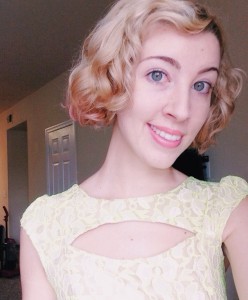 Kristi DiLallo is a recent graduate of the University of Central Florida, where she received her BA in English. She is an incoming MFA student at Columbia University in the genre of nonfiction. Her work has appeared in the electronic literary magazine BioStories, and she hopes to publish her memoir after completing graduate school. Her writing life is a tribute to her grandmother, who introduced her to the world of literature and encouraged her to find meaning in everything she reads and writes.

Related Itemscollegehigh schoolincarcerationliteraturepost-traumatic stress disorderPrisonprofessorsPTSDteachers
← Previous Story Op-Ed: Meme what you say, say what you meme: What kind of Asian woman am I? A good one gone bad
Next Story → COLLEGE FEMINISMS: Just in Case