Op-Ed: Why We Need Critical Ethnic Studies in Arizona (and Everywhere Else) – The Feminist Wire

Home / Academia / Op-Ed: Why We Need Critical Ethnic Studies in Arizona (and Everywhere Else)

Op-Ed: Why We Need Critical Ethnic Studies in Arizona (and Everywhere Else)

I find it imperative to call attention to the disconnect between Ethnic Studies as a discipline and the communities from which it emerged. Universities, and many individual faculty members, have largely abandoned the original critical impetus.

I started graduate school at the cusp of the new millennium, following a three-year run as an elementary school teacher. There I sought answers to some deep-seated questions I had about formal educational systems and the formation of our future generations. Instead of answers, I found that the academy provided a space for the exchange of ideas, which excited me intellectually but troubled me politically.

Let me situate myself within a particular genealogy, political formation, and social/historical reality. I grew up along the San Diego/Tijuana border, acutely cognizant of the ways in which borders, militarization, and racism shaped our everyday lives. I formed part of the battles to retain and build Ethnic Studies programs as an undergraduate student at a large public university and started teaching at the university level ten years ago when I was a graduate student. I taught in an Ethnic and Women’s Studies program, and I loved it. The first article I ever published focused on bridging the divide between the academy and communities on the ground contesting the conditions of their lives. I can honestly say I was excited about the possibilities generated by exchanges in the classroom,  analytical debates, and collaborative potentials. 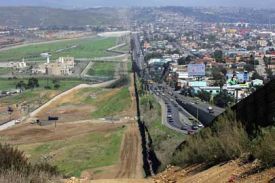 Over the years, though, I’ve felt embattled by an institution that primarily values Western histories and knowledge systems, which have little to do with my own epistemological position. In fact, more and more I find myself asking what makes my life at the university livable. I’ve served as an elected board member for a national organization committed to Ethnic Studies, and I have often participated in forums with smart, critical scholars and activists across the globe. Yet when I come back to my home in the desert, I feel that I am witnessing an ever-widening gulf between the University and the local communities in which it is situated.

One example that stands out occurred after implementation of the notorious SB1070 in Arizona, when I ran into a senior Chican@ colleague in the fall of 2010 and asked how they were doing. Their response shocked me: “Well you know this little thing SB1070?…It has been great for my career,” most likely speaking to the publications and lectures they had garnered following the law’s passage. I literally had no words. How can one’s scholarly success be based on the terror, violence, and fear that another faces in their life?

My thoughts immediately went to Carlos and Sandra Figueroa’s daughter, Katherine, who has spoken of the trauma she continues to work through after witnessing her parents being detained and arrested on the television after school one day. She and her caretaker watched the local news report about one of Sheriff Joe Arpaio’s notorious roundups at the car wash where her parents worked. She was terrified that she would never see her parents again. How is it possible to claim success when our communities are being attacked? When our families are being separated? When a culture of fear permeates the lives of the most marginalized?

The reality, though, is that my senior colleague’s perspective is not inconsistent with the trends I am witnessing. When I arrived to the campus that I taught at for nine years – one of four campuses of the university – there was a thriving Ethnic Studies program with strong numbers of students majoring in the degree and signature campus events that drew community members, students, and other faculty. During my time there, the program was reduced to a mirage on the website as administrative support dwindled toward non-existent, part of the current national trend. The politics of these closures and re-closures can be debilitating to the faculty and students, particularly when one’s labor and commitment is devalued, ignored, and forgotten. Additionally, the university is no longer accountable to a decolonial curriculum, one that includes the histories and contemporary experiences of the diverse communities that form part of the very city, and original territories, that the university occupies.

This is precisely the critique that the national Critical Ethnic Studies Organization brings to the forefront when they point to the ways in which a curriculum created out of struggle has become coopted into a neoliberal model that defines success not by the lives we are saving, empowering, and making visible but instead by career success, the reification of culture and peoples, and the dollars one brings in to the University. This is certainly not what I had imagined, not as I entered the sacred space that has been carved out for us with great sacrifice.

When I think of my life outside the academy and what makes it livable, I find courage and motivation from the very families, workers, community members, and students who are most affected by regressive policies. In fact, I am routinely frustrated by the vilification of Arizona when the people I know are working everyday to make our lives more harmonious. We live in a system that has been shaped by a particular history of exploitation, genocide, and exclusion. In this, Arizona is not an anomaly but the norm. Let me underscore that I am not trying to idealize communities on the ground; I have seen the implosion of alliances over struggles of power and recognition. I have witnessed the brutal violence against women’s rights to self-determination, control of their own bodies, and futures. And I know what it feels like to be silenced.

It seems we are having parallel conversations and experiences within and outside of the university. My hope remains to find a way to bridge these seemingly disparate spaces. In the spring of 2012, several committed activists and scholars came together to form the Arizona Ethnic Studies Network in response to another one of Arizona’s legislative much publicized nightmares: HB2281. This house bill prohibits K-12 schools from “offering courses at any grade level that advocate ethnic solidarity, promote overthrow of the US government, or cater to specific ethnic groups” and has effectively dismantled Tucson’s Mexican-American studies programs. The effects of the bill have yet to be seen at the university level but the opposition that grew locally and nationally created both an opportunity for collective engagement and an opportunity for scholars to remember the original impetus for our discipline, to re-examine mistakes, and to recommit to a shared vision across our educational system. 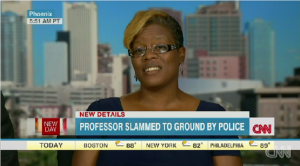 I deeply value the relationships that have slowly built over the last two years via this network and the commitment to growing and supporting statewide efforts and actions that bring visibility to the role that racialization (and its intersections with class and gender) has played in the distribution of power and resources. This was recently visible in our support and advocacy of our colleague Dr. Ersula Ore who suffered egregious violations at the hands of university police. A call to action and accountability incited both a national and international movement of support. As Xamuel Bañales argues in The Future(s) of Ethnic Studies is in its Past(s)…and in the Surrounding Possibilities (2012, p. 19):

Ethnic Studies can strengthen its commitment to activism by moving away from seeing social change thinkable only through research and by liberating itself from the conducts of traditional disciplines and institutionalizations. The field can continue doing this by strengthening the commitment to being involved in the current issues affecting marginalized people and society, building and serving as a bridge to the community, and shaping and contributing the conceptual work necessary for decolonization.

The squeeze on ethnic studies, the slow choking of both its resources and its potential for relevance, is simultaneously sucking the oxygen from Arizona as a place. Thus, it is ever so important to remain committed to the political project of critical ethnic studies. When I think about the times my life in the desert has felt livable, forming part of this network and the collaborations that have ensued has certainly been an important marker.

I recognize this is not an easy transition. The credential imperative in academia is powerful. Students want to attend university to create opportunities for themselves that will lead to success, perhaps power. But what if we instead imagined an educational paradigm that strives for knowledge that can produce strength, wisdom, and harmony as taught to me by my Chican@ elders? As a professor, scholar, and community member, I try to live by the words that I learned so long ago from the Zapatistas: “We musn’t struggle to destroy, we must struggle to create.”

In Arizona and far beyond our state’s borders, we must continue to be creative in our alliances, to dismantle our perspectives on knowledge production and, perhaps, to concentrate a bit less on individual advancement and promotion, which all too often can happen at the expense of community solidarity. 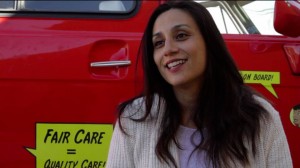 Dr. Michelle Téllez is an interdisciplinary scholar trained in sociology, Chicana/o studies, community studies, and education. In her twenty years of community engagement and activism, she has been involved in multiple projects for change at the grassroots level utilizing critical pedagogy, principles of sustainability, community-based arts, performance, and visual media. Her writing and research projects seek to uncover stories of identity, transnational community formation, gendered migration, autonomy, resistance, and Chicana mothering. She is a founding member of the Arizona Ethnic Studies Network, the Entre Nosotras Collective, and on the advisory board for Performance in the Borderlands. Visit her website here.