In Support of Professor Steven Salaita: A Letter to Chancellor Phyllis Wise – The Feminist Wire

In Support of Professor Steven Salaita: A Letter to Chancellor Phyllis Wise

Please do not ignore or delete this letter, or have your administrative assistant file it away.  I understand that you’ve been inundated with correspondence, petitions signed by some 13,000 + colleagues, phone calls, and messages via social media.  And my letter urging you to reverse your decision to rescind a tenured job offer to Professor Steven Salaita, a distinguished scholar who had been carefully vetted by your American Indian Studies Program, represents probably a drop in the bucket amidst a deluge of arguments and evidence. 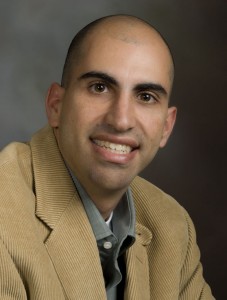 I am urging you to read my letter, and to read all of the letters you receive because—like you—I believe that as academics we must not be afraid of arguments with which we may disagree.  Indeed, we might learn something, as you’ve suggested in previous speeches and writing.  Where we might disagree is on the question of tone or what is often mistakenly called “civility.”  I think you can agree that, in life or death situations, when one’s livelihood or survival or future (or the livelihood, survival or future of others for whom one hold deep sympathies) may be on the line, passion and even anger might be an appropriate response.

By the way, although I signed most petitions in defense of Professor Salaita, I’m only now getting around to writing you directly because—like Steven and many others—I’ve been devoting much of my time defending the right of Palestinian students and their families to live, to keep their school buildings from being destroyed, to keep their body parts in tact, to preserve what is left of civil society in the aftermath of what most intellectuals objectively recognize as disproportionate Israeli military force.  Oh, and also academic freedom for all, Palestinians included.

But I digress.  I confess I was very disappointed by your decision but not shocked.  When you issued a letter of 27 December 2013, attacking professional organizations that endorsed the boycott of Israeli academic institutions for their role in legitimizing, subsidizing, and underwriting the illegal occupation of the West Bank, East Jerusalem, the Gaza Strip, and maintaining apartheid policies inside of Israel, you insisted that you were acting in defense of “academic freedom.”  As you explained, “we value academic freedom as one of our core principles and cherish the critical importance of the ability of faculty to pursue learning, discovery and engagement without regard to political considerations.”  Of course, such a strong statement would suggest that if any serious scholar were seeking a space where his/her free speech rights were vigorously protected, the University of Illinois at Urbana-Champaign would seem ideal.  But, as I’ve argued elsewhere, that statement was never intended as a defense of free speech, but as an attack on the Boycott, Divestment, and Sanctions Movement (BDS) and the very idea that choosing not to do business with institutions complicit in state actions that violate international law and human rights is, itself, an expression of free speech.   My concern is that your decision to summarily fire Professor Salaita had more to do with outside pressure, including a strongly-worded letter from the Simon Wiesenthal Center, demanding that the University of Illinois rescind its offer because Salaita held “aberrational views” and thus “cannot be trusted to confine his discussions to his area of study.”  I hope this is not true, for if it is you’ve taken a very noble state university with a long tradition of producing diverse and divergent ideas back to the McCarthy era.

We all know you did not fire Professor Salaita because of his tweets, for as you acknowledged earlier this year, even the most offensive tweets are protected free speech and therefore not punishable.  It is a matter of public record that you weathered a storm (no pun intended) earlier this year when you refused to shut down the university due to cold temperatures, prompting dozens if not hundreds of whining students to pepper their complaints with vicious sexist and anti-Asian racist tweets.  You were right to be disturbed, as were many of us who watched what had happened from a distance.  You were right to respond that such racist speech can possibly cross the line, but you were also right to acknowledge that, “negative comments, as offensive as they were, are protected speech.”   Correctly, no one was punished for his or her tweets.  (“Moving Past Digital Hate,” Inside Higher Ed [Jan 30, 2014]).

So why did you fire Professor Salaita?  Clearly, if you are worried about upholding the principles of academic freedom, you know that firing Professor Salaita would not be in compliance with the AAUP 1940 Statement of Principles on Academic Freedom and Tenure: “When [scholars] speak or write as citizens, they should be free from institutional censorship or discipline. . . .  The common good depends upon the free search for truth and its free exposition.”  And you could not have possibly overturned the faculty’s decision to hire him based on his scholarship.  Professor Salaita is considered a leading authority on Arab American literature and culture, and proven to be extraordinarily prolific, having authored six books in five years, notably, Arab American Literary Fictions, Cultures, and Politics (2006); The Holy Land in Transit: Colonialism and the Quest for Canaan (2006), The Uncultured Wars: Arabs, Muslims, and the Poverty of Liberal Thought (2008), Anti-Arab Racism in the USA (2006), Israel’s Dead Soul (2011), and Modern Arab Fiction: A Reader’s Guide (2011).  And nothing in your public statements or related documents suggest that Professor Salaita’s scholarship is at issue.

So again, why did you fire Professor Steven Salaita?  The only conclusion I can draw from the evidence is that you, in fact, buckled under pressure.  You refuse to present his appointment to the Board of Trustees, perhaps out of fear of losing valuable financial resources or as a way to deflect attacks from the Simon Wiesenthal Center or other Zionist critics who deem Professor Salaita and others as a threat.

But I can assure you, if you were trying to avoid controversy by firing Professor Salaita, it has backfired.  By taking this unprecedented step, SWC and other organizations will pressure you to go after other faculty who may be stridently critical of Israel.  And then they will push you to ban Students for Justice in Palestine and related organizations from the campus.  And I do not need to remind you that some of the most strident critics of Israel and active members of SJP are, in fact, Jewish.  They refuse to accept anti-Semitic assumption that Israeli policies and Zionism, in general, represent the only authentic expressions of Jewish identity; that any critique of Israeli policies is an attack on all Jews.  Once you open this can of worms, it will be very difficult to go back to defending the principle of academic freedom.

I do hope you read this letter and all of the other letters that are now flooding your office and your in-box.  I urge you to do the right thing, restore Professor Salaita’s job and allow him to make the contributions for which the University of Illinois hired him in the first place.  Show the world that you refuse to buckle under pressure.  Keep in mind that, no matter what you might think about Professor Salaita, his life and livelihood are on the line.  He gave up a job at Virginia Tech to come to Urbana-Champaign, and if he is denied work at the 11th hour and his reputation is besmirched as a consequence of lies and distortions and external pressure from conservative groups, this could have disastrous consequences for him and his family.   And while there will be consequences for your august institution, he will become collateral damage in a way that is unethical, immoral, and technically illegal.

If we are unable to persuade you of the moral, ethical, intellectual, and legal reasons why you should reverse course, I cannot in good conscience step foot on your campus so long as you hold the position as Chancellor. And I will encourage my colleagues to do the same. 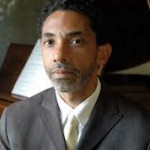 Robin D. G. Kelley, who teaches at UCLA, is the author of the remarkable biographyThelonious Monk: The Life and Times of an American Original (2009) and most recently Africa Speaks, America Answers: Modern Jazz in Revolutionary Times (2012).