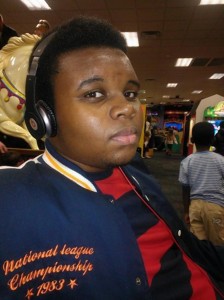 A young black man was killed this weekend. He was shot multiple times by police while walking to his grandmother’s house. He was left to die in the street, his body surrounded for hours by armed sentries while his family and community watched horrified from the sidelines. Michael Brown was unarmed. Today would have been his first day of college.

Black life matters. Yet the police and their media support team have already begun to execute their standard playbook in the aftermath of yet another slain black youth:

1. Put the victim on trial for his own death. At the initial press conference, St. Louis County Police Chief Jon Belmar described the shooting as justifiable and the result of Brown’s allegedly aggressive behavior.

2. Create a narrative that depicts Brown as unsympathetic and criminal – to render his blackness visible and legible within the dominant cultural imagination.  As dream hampton noted in the aftermath of the killing of Renisha McBride, American history is littered with “criminalization of Black Corpses.”

Despite having just turned 18, Brown suddenly became a “man” rather than a child or a teenager. He was a man, a dangerous and threatening man who had engaged in a “scuffle” with police. This tactic of criminalizing Brown is evident in the widely circulated image of him, in which he is posing in front of a brick wall. Seemingly giving a peace sign, the pose, his red shirt, and his unsmiling face not only confirms the police narrative of the “dangerous black thug” but also exploits widespread misperceptions of gang imagery.

3. Turn public attention away from Michael Brown and away from his preventable death through shining a spotlight on reaction from within the justifiably outraged Black community. Through hyper policing, the deployment of cops in riot gear and tanks and with attack dogs, the national discourse seems more disconcerted with the reaction than with the killing of yet another black child. The media has attempted to turn our attention to stories of “riots,” creating a spectacle that amplifies peaceful gatherings and incidents of “looting” of potato chips and hair weaves into a national security threat.

In just one 24-hour news cycle, the police, media, and complicit public leaders have sought to wrench our focus and outrage toward “criminal communities,” away from this most recent loss of life, away from the heavily militarized police state, and away from the 2014 reincarnation of pre-Civil War “paddy rollers.” Also called patrollers or pattyrollers by North American ex-slaves, these poor and working-class white male patrols organized to discipline and punish blacks in Southern states, sometimes killing them, often for no reason at all outside of being black.

In emphasizing “rioting” and “criminal” communities, those very spaces that gave life to Michael Brown and from which mourning now emanates, the media is focused largely on justifying social investment in tanks and militarized policing, in providing rationales for anti-black violence, and in maintaining the white power/black criminal superstructure. The mainstream media seems little invested in the killing of another black youth or acknowledging the ways that black life matters. Or, indeed, in recognizing that black existence matters at all. But shouldn’t Saturday’s violent and bloody carnage on a public street be cause for mourning and moral outrage? 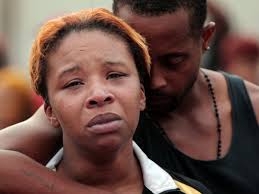 Black life matters. And yet, efforts to excavate Michael Brown’s past, to explain away his death as the result of his own choices and perceived criminality, has become a common tactic. As with Trayvon Martin, Eric Garner, Renisha McBride, and so many others, media coverage has not prompted “respect for the lost life” but instead a sustained effort to demonize and criminalize; Michael Brown has become yet another black body put on trial from the morgue. Writing about Trayvon Martin, Eric Mann notes, “[d]eep in the white American psyche” rests the controlling script and dominant representations that create “the impossibility of Black innocence.”

Of course, the desire to litigate the past has not extended to the police or the unnamed officer, who we are told has not had any similar incidents. (Does this mean he has not shot and killed any other unarmed black youth?) The powers that be in this case are immune from any critical reflection of patterned police violence and harassment. How might we understand the brutal killing of Michael Brown and the level of outrage as we examine the endemic practice of racial profiling in Ferguson, Missouri? While accounting for 63% percent of the population (and 11% statewide), African Americans account for 86% of all stops, 79% of all searches, and 93% of all arrests. More than Michael Brown’s school records or if he was one of many black youth stop and searched, the pattern of racial profiling, harassment, and brutality matters here. Yet white privilege and white supremacy cloud the issue; deep structural roots are ignored and history denied, and we can only see the present as organic and without a past.

These lives mattered. These deaths matter. And despite living in America, where “young + black is equated with reasonable suspicion, justifying arrest, interrogation, search, detention,” (Alexander 194), execution, death, and “the criminalizing of black corpses,” black life matters. And we must continue to demand a world that values Black Life as much as it values its police tanks, its shops, and its status quo.