Tales from the Kraka Tower – The Feminist Wire

Tales from the Kraka Tower

By Aphrodite Kocięda and Kyle Romano 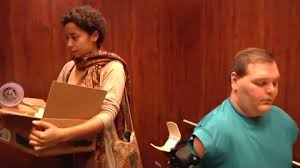 Tales from the Kraka Tower is a grassroots web-series that satirizes “diversity” in academia. What makes our series different from others is that we are all actually graduate students, not professional actors. The series was born out of our complete frustration with the academy, and the ways in which it refuses to accommodate certain bodies in spaces that claim to be progressive and diverse. With no budget at all, we sat together and formed small scripts out of narratives and experiences from our lives.

In this series, we aim to capture the many microaggressions we continuously experience in a space that is ostensibly designed to foster critical thinking. We want to expose the ways in which ‘diversity’ becomes appropriated as a tool not to actually promote change, but to perpetuate white supremacy, patriarchy, ableism, and other discriminatory systems of domination.

All too often, media culture frames the college experience as only an undergraduate space where wild parties occur all night. Graduate school is largely invisible in these narratives. Through our show, we attempt to highlight the awkward, mundane moments that can occur in the academy, moments that are usually not reflected in the white-frat-boy-fantasy entertainment culture. Mainstream entertainment rarely centers on the stories of those who are marginalized. In particular, disabled characters are either completely invisible, played by able-bodied actors, or are used as inspirational props for able-bodied people.

As a person with a disability, Kyle has noticed that representations of disabled people in popular media function to construct the disabled person as a silent sufferer, whose existence creates a false narrative that we are martyrs “struggling to live with our disabilities,” and that we require the aid of able-bodied people to deliver us from the suffering caused by our impairments. Tales from the Kraka Tower seeks to disrupt this normalizing trend.

Aphrodite plays Lakisha Wisniewski, a biracial graduate student who is new to the Diversity Department at Kraka University, and Kyle plays Sam, another master’s student in the department who absolutely hates the program because of his overt marginalization and exclusion. For example, because the department doesn’t know which office to give him because the department is not accessible, they put him in an elevator with a desk.

Because Tales from the Kraka Tower is a satire many of the scenes are exaggerated, yet most of the narratives are sadly inspired by real life scenarios and people. Oftentimes bodies marked as “different” are hyper-visible in academic settings to give the illusion that the school is diverse, even though these same bodies are rarely accommodated. We merely become props for academic marketing.

While the conversation about minority exclusion on college campuses is not new, we aim to contribute to the conversation by sharing our stories. We do not claim in our series to speak for all minoritized people; we only aim to share what we have been through. Tales from the Kraka Tower has already been featured in Ebony, Slate, and Clutch, and we hope to slowly gain more visibility as students and minoritized people search for a political, critical media product they can relate to.

Those who are minoritized often feel isolated in the academy, and many of us do not share our experiences publicly out of fear of being disciplined. This is true for most spaces, not only academic ones. The academy operates through a kind of ‘rape culture’ logic, wherein victims are punished for speaking out about their victimization, so instances of violence are regularly silenced. Silence has understandably always been a tactic of survival for minoritized people; however, we aim to disrupt this trend by speaking out.

We currently live in a media culture where racism and sexism are framed as phenomena of the past. In most popular media, disability often lacks any representation or hyper-visibilizes ‘supercrips’ such as Oscar Pistorius before his trial. News outlets framed him as transcending his disability in the Olympics. Mainstream entertainment culture is rarely critical of contemporary spaces that perpetuate horrible discriminatory practices, and this is why we think Tales from the Kraka Tower is so important. We expose the ways in which “isms” are reproduced today. 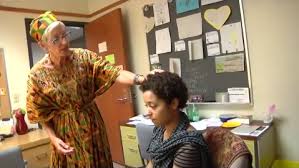 Within the series, we strategically employ satire to complement the ways that the academy operates on conspicuous, self-congratulatory efforts to achieve diversity. For example, the hyperbolic characters of Dr. Kimball and Dr. Akintola serve as metaphors for the failed diversity efforts of the academy.

Please view and share our videos (linked below) to help build solidarity with others. Isolation is violence, and we aim to create community and camaraderie through our activist project.

Tales from the Kraka Tower is a grassroots, activist project. We want to demonstrate that you don’t need giant connections or Hollywood blood in your body to create a critical, political media product. We will be releasing a Kickstarter for our project very soon so that we can continue to create more episodes. Look for it on our Facebook page: http://www.facebook.com/talesfromthekrakatower.

Aphrodite Kocięda has a B.A. in Women’s and Gender Studies and an M.A. in Communication/Critical Cultural Studies. She is currently the website director for Natural Hair Mag, a site centering on intersections of race, gender, class, health, and natural hair. 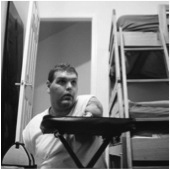 Kyle Romano is currently a Master’s Student in Communication specializing in disability. In his research, he explores the ways in which communication about disability impacts the way that people come to “know” it. He approaches disability from a critical, cultural vantage; he looks at disabled people as belonging to a culture. Additionally, he looks at the ways in which able-bodiedness comes to define disability, and thus strips it of any power to create a definition all its own.