EMERGING FEMINISMS, Teaching While Black: The Punishments of Teaching “Diversity” in the Face of Trenchant Ignorance, Racism, and Entitlement – The Feminist Wire

Home / Academia / EMERGING FEMINISMS, Teaching While Black: The Punishments of Teaching “Diversity” in the Face of Trenchant Ignorance, Racism, and Entitlement

EMERGING FEMINISMS, Teaching While Black: The Punishments of Teaching “Diversity” in the Face of Trenchant Ignorance, Racism, and Entitlement

By Guest Contributor on February 6, 2017

Race, gender, and sexuality are core concepts in my teaching with regard to the authors, materials, and concepts I introduce. I teach subjects and materials intentionally designed to enhance the diversity of the curriculum and learning environment of the university.

Addressing questions of diversity, per se, and complex issues of race are not fundamentally a necessary part of teaching African American Literature. Just as it is quite possible to teach American Literature or Shakespeare without teaching about whiteness or race, it is quite possible to discuss African American literature through a discussion of genre, structure, syntax, or characterization and discuss African American performance in terms of movement, formal history, myth, or language. Students’ engagement with the material as well as the content of much of the creative materials I offer invite interaction with concepts of race as such, in addition to concepts of gender, and sexual diversity. My investment in black literature and history prompts me to accept that invitation and teach students to rigorously examine assumptions, representations, and creations of racial, gendered, and sexual identities in American and global black cultural production and their impact in creative production and daily life. Further, my pedagogy delves into the nature of inequality and power revealed in all primary sources, social movements, and the very character creative production on textual, social, and theoretical levels. Even students who are familiar with race and identity based inequality and power formations are challenged to engage and analyze these deeply at the level of text and through forms of creativity students assume to be a-political and/or “individual” like taste and desire. My engagements with difference and diversity thus begin with conventional notions of difference like self-identification and delve into deep cultural inter-relations that characterize some of the unspoken nuances and consequences of our racially, ethnically, and politically diverse society.

Students often do not think they will find the material controversial or personally affecting. Most of the time they are wrong. These issues are very difficult for students not only to analyze and critique, but even to hear. And they don’t really want to hear it from me. Race, gender, and sexuality are very difficult for students to address, in part because our institution remains highly problematic in terms of these dynamics. Thus, every time I teach my courses there is an added call to manage not just intellectual, but personal experiences with the apparently provocative material. Much of the students’ discomfort is projected on to me personally.

I understand this now as part of my commitment to the material and to my pedagogical practice, but it exacts a personal toll in a manner that I imagine is not the case with, say, physics. For instance, one student managed her experience of shame at the folk nature of Zora Neale Hurston’s form in the novel Jonah’s Gourd Vine with a criticism that I made a mistake in placing the book on the syllabus as one of the first literary encounters for white students in the literature survey of canonical African American texts. Further conversation with her and probing her accusation of my ineptitude, racial and otherwise, rooted the offense she took in her own personal response to literary representations of black dialect. This is one of the more innocuous examples of “push-back” from students challenged by the personal provocations of black representations and activisms explored in my classes.

More problematic are the cases of students who never lift a pen to take a note in my classes about literature or who pick up their belongings and exit the hall during a lecture regularly—especially conspicuously during discussions of racial violence like lynching. Once a student attempted to infect my laptop with a corrupting virus and ended up irrevocably crashing my Teaching Assistant’s computer. I encounter diverse students’ negotiations of racism, of double-consciousness, of blind color-blindness, liberal self-justification, white entitlement, racial alienation, and, in particular, varying degrees of race-based rage. These manifest themselves in inappropriate aggressive interpersonal interaction, bizarre academic recalcitrance, and unprofessional and vicious comments on my teaching evaluations.

Most of my colleagues, particularly those who are female, non-white, immigrants and/or queer, myself included, who teach courses on race and sexuality, garner extremely polar responses to their teaching that results directly from a curricular and research driven pedagogical practice necessarily and deeply committed to principles of diversity. To have to review the consistent and harsh negative reviews of my rigorous work is a form of structurally imposed masochism. Even when they are juxtaposed against glowing and laudatory comments, the negativity and the polarity are exhausting. I am an angel or a devil. The feedback is rarely neutral and rarely focused on materials or learning. Polar feedback is almost always personal. The impact is violent and significantly effects my working environment and personal experience of my job, and my sense of the university as a welcoming, comfortable, and safe place to work.

It is well documented that students use evaluations to discipline faculty of color, faculty who demonstrate a readable sexual difference, those who speak with an accent (1).  Many of the incendiary and insulting comments I have had to field in evaluations at a research-one public university are structurally impossible, factually incorrect, aggressive, punitive, and personal rather than professional. To see racism in the environment writ large one only need to review the evaluations of women-of-color professors, and moreover those in courses exploring diversity in identity and experience. Teaching and personnel review systems demand that we, as individual professors, take responsibility for and personalize as fault or malpractice what is an identifiable and predictable systemic disease. Our well-being as well as our salaries are impacted.

I recently counseled a new hire and recent PhD who earnestly taught a class on anti-racism in her first quarter that such reviews and comments could not be taken as an accurate or reliable assessment of her knowledge, preparation, creativity, commitment to, or execution of the class. Junior faculty careers are impacted. These systemic and quotidian comments result regardless of our expertise, efforts, and care. Sustaining this “blow-back” in response to issues of race, ethnicity, gender, and sexual diversity in the classroom have become part of the impact of committing myself to issues of diversity and the radical black tradition at the university. This is an unfortunate and destrimental externality of values and scholarly interventions that I hold dear. I mean to say that teaching in the courses intentionally designed to “enhance the diversity” of the curriculum, faculty, and learning environment of the university is inherently intellectually and personally enervating and at times destructive.

This scenario is in fact a result of my own and the university’s commitment to teaching beyond a straightjacket white middle-class purview on the world in content and practice. Both are central to my pedagogical approach. This is an unjust situation that individuals are not equipped to repair. It does mean, however, that my teaching itself, by nature of the University’s demand for it, made possible by my own creative crafting of a research agenda that allows me to participate in curricular strength and representativeness, places me at the crosshairs of an institutional problem that deeply affects research, productivity, and job-satisfaction. No one wants to work knowing that teenagers get to slay you when you’re done teaching them difficult material and that your colleagues will throw that in your face with satisfaction that its not them. It seems to me that the expectation that I can do this work, withstand the blowback, and take responsibility for it without any form of structural recognition or intervention is part of the structural racism that allows the scenario to persist. Thus, the university itself structures and demands an onerous, negative experience in the fabric of my pedagogical practice as a matter of course. This has been, and so far continues to be, profoundly negative remuneration for my deep, unwavering commitments to diversity in pedagogy.

In the current moment, with mounting activist white supremacy unsheathed on college and university campuses, the situation for teaching is both worse and better. Anti-racist students understand the relevance of “ethnicity” and “diversity” requirements with a new urgency because of tragically deteriorating civility in their environment. In the past several years, and more so now, students-of-color are targeted as the whipping post for white discontent. Some white students, enough to do great damage, are making a direct connection between the election of Donald Trump and opportunities to harass black and brown people. This, notwithstanding the fact that all of the students are paying the same amount for the privilege to voluntarily take part in a paid, selection-based community. Although this pleasure in active hatred has ample historical precedence in this society, its quotidian public nature is no less disgusting and disappointing today.

In the classroom, anti-racist students seek histories and arguments that will prepare them to defend basic citizenship concepts that they newly see as under attack. Such concepts like equal protection under the law and the right to vote that African Americans have fought to establish for people other than white men in various ways since before the founding of the United States. Anti-racist students are intent and relieved to be armed with knowledge of the past and with sharpened critical tools that allow them to stand righteous ground against the fear, hatred, and violence that they encounter in the socio-political realm, and according to many white students, at home.

In the United States education has always been understood as foundational to responsible civic engagement and the development of a citizenry prepared to follow and to lead with conscience and intelligence. Part of the University’s mission is to teach history and culture and their processes; to produce thinkers who can speak in intelligent and informed ways about race, ethnicity, gender, and sexuality; to help students not just question information, but also probe the very foundations of knowledge. I teach for all of the young people I encounter because the point is that we all think, feel, do, and demand better. I teach especially for the students who seek to experience and forge a better world. The University and its faculties must scaffold its diversity missions with ample support and recognition of both faculty and student diligence. We faculty whose course subject matter and research practice contribute directly, explicitly, and unabashedly to this mission should be rewarded as consistently central to the mission even as new additive and ancillary efforts by colleagues are encouraged. We should be respected and protected as an institutional imperative, rather than held hostage by the difficulties campuses faced in entering these fields in the first place. Our constant pedagogical and intellectual battles on the forefront of assailing racial and cultural ignorance should be rewarded rather than punished. Now, when democracy and liberty suffer bleak assault, we must protect and reward critical pedagogy regarding traditions that have creatively deployed tools for democratic practice. 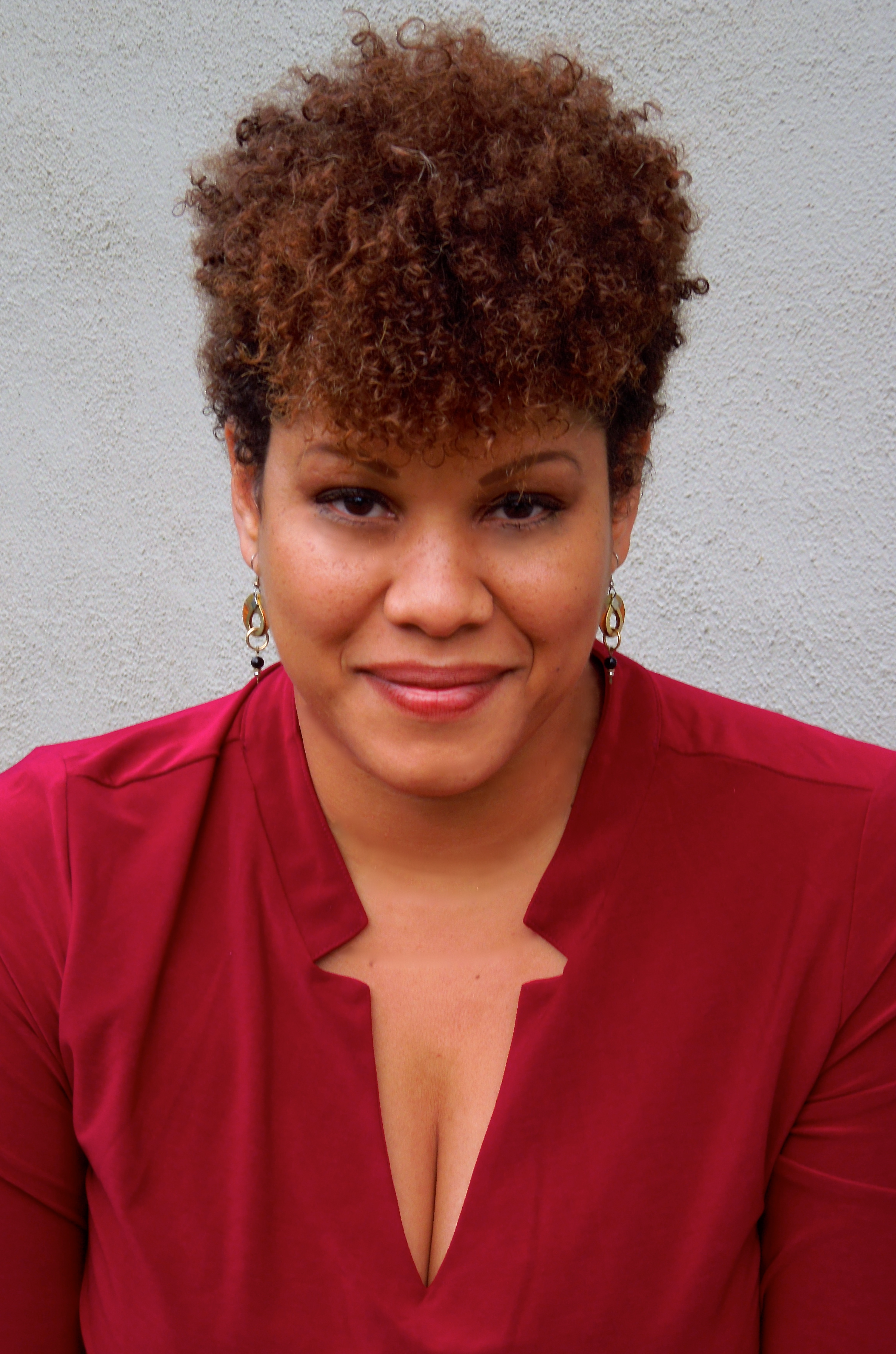 Dr. Stephanie Leigh Batiste is Associate Professor of Black Studies and English at The University of California at Santa Barbara. She is author of Darkening Mirrors: Imperial Representation in Depression Era African American Performance (Duke University Press, 2011), the 2011 recipient of the MLA William Sanders Scarborough Prize and honorable mention for the ATHE Book Award.