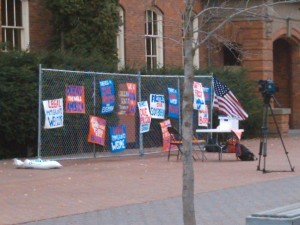 In December 2008, while waiting in SeaTac airport for my flight from Pullman, WA to Chicago, IL, the airline announces the flight’s delay due to weather. Frustrated and impatient, I call my mom and sister. I then call my Pullman-based girlfriend, grumbling in frustration about the wait, as I would rather be with her than stuck in Seattle. Then again, I take trips out of Pullman to escape the conservative white insularity in which I feel so foreign.

After I get off the phone, I explore airport kiosks to find a snack. I choose a stand where I order a green smoothie and a sandwich. I greet the cashier, and she softens her expression at the sight of the last name, Abad, on my credit card. In the features and inflection of her English, I hear sounds and tones similar to those I heard growing up in Chicago’s Northside. She asks me where I am from and where I am going. For a few moments, I am 11-years-old again, and memories of intergenerational Tagalog/English code-switching, exchanges about food, and childhood resistance to adults’ orders, flash in front of me.

The register’s ding returns me back to the reality of the SeaTac terminal. Snacks in hand, I drag my suitcase to my terminal as news that I will leave Seattle is broadcast overhead. With Pullman behind me and Chicago in front of me, the questions, “Where are you from and where are you going?” linger. The nostalgia I experience with the cashier reminds me of the beauty in belonging. She gifted me with what I appreciate about my childhood—a desire to know how similar differences can be.

I grew up with racist jokes about immigration, among others, with family and friends shouting, “La migra!” at social gatherings and among their coworkers to get a rise out of each other. Even those who had come stateside without “papers” would find humor in poking fun at their experiences hiding from or conning immigration officials. The anecdotes and borderline offensive punch lines normalized the struggle of immigrants while simultaneously hinting at the distinct experiences between and among immigrant communities. Once I left Chicago—first for high school—and once the majority of people around me were not the grand/children of non-white and/or non-English speaking immigrants, the context of “Where are you from?” came to have different meanings. The question and following conversation became an interrogation about the legality and legitimacy of my presence in predominantly white spaces, even when it is my “foreignness” that the interrogator wants to “celebrate.” In the midst of escaping a town like Pullman, where cultural borders and fence crossing are heavily policed and demonized, the cashier reminds me of the moments when the beauties of being brown were not criminal. 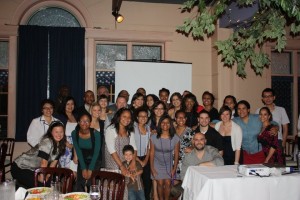 I have since examined the question and its transparent racial profiling in class lectures. I explain how a last name like Abad is connected to various regions—Northern Africa, South Asia, and the Middle East, to name a few—and how the political weight of last names continues to spark critical conversations from which I am still learning. While these lectures and collegial conversations create one context, social engagement produces another. What does that mean in relation to the ways that I have internalized and reflected upon that brief conversation with the cashier? How am I politically engaging with the person who is serving me as she racially profiles me as someone similar to her? How am I carrying my privileges in the way I engage with others?

Frequency on public transportation between ethnic enclaves in Chicago normalizes the rhythms and sounds of various languages and foods. Childhood friends, neighbors, and tenants blur lines of difference in a manner that allows me to eat with “the other” without “eating the other.” We barter histories over meals, trying to work through our position as the descendants of immigrants who do their best to transplant homeland in the neighborhoods in which they settle and in the communities they continue to build. In sharing these struggles and leaning on gallows humor, we learn to navigate the layered histories of immigration/economic displacement. I learn not to ask for the sake of entitled knowledge; rather, stories and histories would be offered, if I earned the right to them. We each have our nations of origin, and we use our last names, foods, and social mislabeling as opportunities to build critical and honest intimacy with each other.

There are moments I need to be reminded of these foundations of home. My presumed foreignness is magnified in professional and social settings where immigrant populations have not yet “torn down” cultural fences that divide us along the lines of race/ethnicity, socioeconomic status, and formal education. Because of this, I think about what it means to relate to those who serve me for a living, acknowledging how I have unintentionally internalized the insularity I still look to escape. In school, when we are preparing ourselves to give back to our communities, relating to each other is easy because we face many parallel challenges. Even now, regardless of the jobs we hold, we relate based on how we worry about immediate and extended family and the struggles our communities face. Still, since I have earned a Ph.D., I need to remember that my socioeconomic station will more easily change compared to recently arrived immigrants find home in my name, accent, language, or face.

The solidarity I find with cashiers finding home in my last name, gas station attendants lowering their shoulders as I speak to them in Spanish, and busboys spending five minutes talking to me about their hometown requires me to be mindful of my response to “foreignness” in other settings. Those rare moments of kinship demand I hold myself accountable to the entitled elitism I have developed despite my best intentions, whether waiting 45 minutes for Portland buses to make it through the snow or relearning how to talk about race, class, and gender profiling in laymen’s English. It requires me to be respectful of various forms of English and the other moments when the way I speak and where I went to school allows me to access more accepted forms of familiarity. To be politically mindful of what I gain from those interactions, those moments of kinship (what I consider a form of racial profiling “from below”) fosters solidarity in ways that builds community in the multiplicity of daily trials that shape our relatively comparable resilience.

Racial profiling “from below” builds another avenue through which we can understand how we measure the possibilities of intimacy, solidarity and community. It’s really about inclusivity: how we invite others to the table and how we treat others who invite us into their homes and lives. I consistently have to ask myself what the responsibility born of my education and my appreciation of inclusion looks like. I ask out of respect for the homes I leave behind and the homes in which I have been graciously included. The places any of us make home, especially when that home seeks to address the social and physical violence that attempts to suppress democratic justice, need not require locks or fences.
_________________________________________________________ 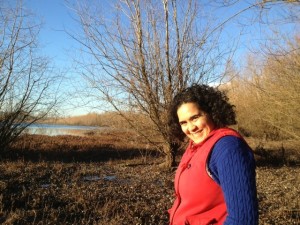 Independent scholar, poet, and budding essayist, Erika G. Abad, Ph.D., has been published in academic journals, such as Diálogo and Cultural Studies <=> Critical Methodologies. New to blogging, she has also contributed to Mujeres Talk. When she’s not writing or teaching, Dr. Abad finds home growing her own food and supporting her church’s community food pantry.