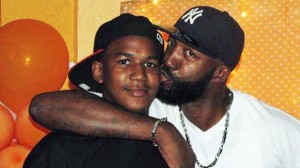 Sometimes there are things you just can’t forget.

Today would have been his birthday.

Today, we know that our criminal justice and legal systems, our human relations, and our ways of being are both positively and negatively shaped by the various notions of race, class, gender and other forms of identification that circulate among us. But it is also true that we Americans have failed to discern and exorcise the spirit of our times, a zeitgeist that can be best described as “cultural amnesia”—a term taken from the title of the Australian writer Clive James’s book, Cultural Amnesia: Notes on the Margin of My Time. Sometimes, remembering just hurts too damn much.  The main themes of James’s book of essays are “necessary memories,” forgetting, and the tendency to quickly replace old ideas with the new.

Necessary memories are exactly the types of tools that are needed to fuel social transformation. And we wonder why global capitalism and neoliberalism operate overtime to appease our rage and shift our focus from structural violence, state repression, White supremacist capitalist patriarchy, and global economic deprivation to goods, labor, the individual, state/military protection, and financially secure futures. We too easily forget that we are in trouble until we are made to remember.

Here is what I remember, what I have not been able to forget.

Trayvon Martin would have turned nineteen today had he not been murdered in Sanford, Florida, by 28-year old “neighborhood watch coordinator,” George Zimmerman, on February 26, 2012. Zimmerman informed Sanford Police Department dispatchers that a “real suspicious guy” was walking through his neighborhood. Zimmerman’s trepidation, as is the case with some vigilantes, subsequently moved him to pursue and shoot dead an unarmed teen who, nineteen days before, had just turned seventeen.  Zimmerman was charged with second-degree murder and manslaughter.  He was acquitted by a jury.

Remember that Zimmerman is no stranger to law enforcement. And unlike Trayvon, the presumed menace opposite a gun-wielding neighborhood watchman’s gaze, Zimmerman had a number of encounters with law enforcement years before he committed murder and walked away a celebrity. In fact, since Trayvon’s death, Zimmerman has had five other encounters with police including calls placed by his estranged wife and girlfriend—both of whom reported that Zimmerman threatened them with guns. He was eventually charged with aggravated assault with a weapon, domestic violence battery and criminal mischief after the second incident occurred in November 2013. A month later, the case was dropped after Zimmerman’s girlfriend asked that the charges against Zimmerman be dismissed. 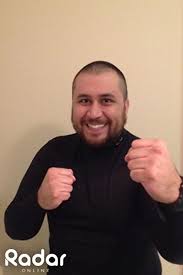 It’s now February 2014, and Trayvon is dead; murder, felony and other charges were dodged; a child murderer-turned-celebrity can still amass a big enough fan base to raise money for his legal defense fund; and he can make national headlines (on the birthday of the Black youth he killed) as one of two contenders in a celebrity boxing match whose aim it will be to raise money for charity.

Zimmerman is either lucky or a test case for the fallibility of our justice system. He is either the beneficiary of a package of unearned but guaranteed privileges befitting for non-Blacks in a perpetual age of global anti-blackness or evidence that somebody’s god doesn’t hear prayers. Or Zimmerman is a representation of all that is wrong with America during a time when non-Black men become famous by killing and/or fighting Black people.

That we exist within a culture that revels in misrepresentation—a society that appeases its fears of itself by wholly believing in the lies it manufactures—is the problem. It is the truth that we cannot deny so long as we remember.

The lie that can feel true is: Zimmerman, like any citizen of the US, is free because our legal system works to protect the rule of law and those who can afford to be defended. After the verdict was announced during the Trayvon Martin murder trial, Don West, Zimmerman’s defense lawyer, stated the “prosecution of George Zimmerman was disgraceful” and the jury’s verdict “kept this tragedy from becoming a travesty.” Thus, Zimmerman’s freedom represents all that is right with the American legal system.

The other lie that too many believe is: Trayvon Martin represented all that is wrong with Black youth in the US. Trayvon too easily embodied terror, signified lawlessness, and provoked anxiety as a Black (male) body.  How many others have died without us even knowing their names, without even the ability to be remembered. In response to the Zimmerman trial, Sen. John McCain stated, “There are events like this that highlight and emphasize the fact that we still have a long way to go. We cannot be complacent in our society when we still have a dramatic disparity between black youth unemployment and non-black youth unemployment when we have these still contradictions in our society.” Like McCain, many US citizens refused to vision Trayvon as anything but a symptom of American decay.  To many US citizens, this is true.

Too often, and regrettably so, it takes an unthinkable, numbing act to kindle necessary memories. Zimmerman re-emerges in mainstream media as a celebrity boxer on the would-be birthday of the youth he shot to death and we now remember what was dreadfully wrong about that case in the first place.  We are angry—some of us. But real transformation requires the type of commitment, fueled by righteous rage, that would have us holding the state accountable until justice is served. Until we do, Trayvon’s killing will ghost us.

Trayvon’s killing will surely ghost the sensationalized and reprehensible Zimmerman vs. DMX boxing match. And his killing will ghost our country reminding us that Trayvon’s life and death, and that of so many other Black girls and boys, are necessary memories that we must return to if we are to stop calling lies the truth and if we are to be delivered from the type of spirit that will asphyxiate anymore hope in the vision of the noble country that so many others dream of us becoming.  What will you remember?  And then, what will you do?