Mumia is a Yogi – The Feminist Wire

Home / Mumia and Mass Incarceration / Mumia is a Yogi

Mumia is a Yogi 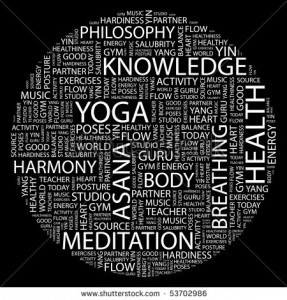 Breathe…Breathe.  Deep breaths.  Allow your inhale to expand your belly, and intentionally press your bellybutton back into your body.  Use this breath to center yourself in this moment.  You are where you are supposed to be.  The external environment might feel harsh and oppressive; but let this breath ground you in the knowledge that you are free and content.

These are words I imagine Mumia repeats in his head during his yoga and meditation time.

Yes, Mumia does yoga.  It’s not just for middle-income white women any more.

When I learned of his practice, it began to make sense to me.  I had been working on the Free Mumia Campaign for the last three years; ironically the same amount of time I’ve been teaching yoga.  It was not until a few months ago when a collective of revolutionary yoga teachers decided to help build funds for the campaign that I had found out that Mumia is a yogi.

I’ve always been so curious of his calm and peaceful demeanor.  His resolve with what is.  In no way am I saying Mumia is at peace with his situation.  I don’t know that. I do know he is innocent and wants to be home with his family and friends.  He wants to stay on his post and keep fighting for the freedom of humanity.  He wants to be free to place his yoga mat wherever he desires.  He wants to be a free yogi.

Yoga is an ancient practice that is often misrepresented in the West as physical movement.  It is that, but only a drop in the bucket.  Yoga is the whole body of water that makes up earth.  The literal translation of yoga is to yoke, to unite.  I often describe it as the practice of being a human being.  There are a multitude of layers to this practice; but ultimately as yoga scholar, David Frawley (Vamadeva Shstri), points out in his book Yoga and Ayurveda, “Yoga is first of all a seeking of knowledge, an inquiry into the truth of life, self, God and the universe” (55).

I have always been fascinated by the healing powers of spiritual and feminine energies, so yoga resonated with me.  Yoga is a science that emphasizes connectivity and the ability to manifest our own liberation.  Yoga initially became an escape from the treadmills in the gym, but when I lived in post-Katrina Louisiana it became my escape from chaos and destruction.

I think of Mumia on death row for twenty-nine years.  Confined to a body that existed in a concrete and metal coffin.  What does it mean for him to move through the asanas, sit in meditation, lie in corpse pose (savasana)?  I know what yoga did to save my spirit working with children separated from their families, not knowing when they will ever return home.  Yoga was my calm in the storm.  It was the loving reminder of this gift of humanness.

As I’ve grown in my practice as a student and teacher, Mumia exists as a physical representation of yoga for me.  Mumia sees his connection to you.  He knows viscerally that he is not his confined body.  He is free in his spirit and gets to connect (yoke) to each one of us through his words.  His voice. His chuckle. His smile. His love.  We must be very explicit though: his body is not free, and it becomes our mantra to demand his immediate release.

The peaceful urgency demonstrated in his writings and voice also reveals to us our own internal prisons.  The conflict of reconciling our complacency with the injustices of society with the reality of standing on the right side of history. Yoga helps expose this internal prison.  The tapas (purification) of the asana and breath movement assist in unlocking the restraints.  Yoga teaches us that although our bodies might be free our minds are imprisoned in this illusion that we are limited and finite.  As we collectively do the work to free ourselves we are empowered with the love to demand Mumia’s immediate release.

Yoga invites us to acknowledge our connection to one another and nature.  It is a practice that introduces you to yourself.  It reveals that you are not your body alone.  You are not your mind alone.  Yoga guides you through the process of linking these two as one, utilizing the breath.  Yoga is seeing your connection to the tree. To your neighbor. To your oppressor.  To the universe. Yoga is your marriage to abundance.

If you have ever gone to your mat for patience, love, and forgiveness, you are charged with a life’s purpose to lead the fight for Mumia’s freedom and to abolish this dehumanizing prison system.

Mumia’s body must be free.  It is each one of our responsibility to demand his immediate release.  We must right the atrocious wrong of the state. We must use our collective light to outshine the darkness of injustice.

So many folks think if they work harder, sleep less, and hollar louder, that makes them revolutionary.  All it really does is make revolutionaries less ‘revolutionary,’ for it makes them tired, inattentive, sick or dead. 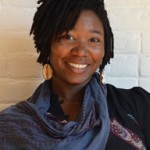 Jamila K. Wilson identifies herself as a servant leader, trained in the art and skill of community organizing by longtime activists in the civil rights and revolutionary action movements. She graduated from the University of Missouri-Columbia in 2001 with a BA in Political Science. Upon graduation she moved to Philadelphia to join City Year. She served several years in the Philadelphia corps and was a founding staff member of the Louisiana corps, established in 2006 after hurricanes Katrina and Rita. Jamila has worked in youth development for the last ten years and recently served as a program officer with the Philadelphia Youth Network, a youth workforce development intermediary. Currently Jamila is a yoga teacher in the Pioneer Valley in New England, and continued to work on the national Campaign to Bring Mumia Home.  She has committed her life’s work to being a vessel of service, often utilizing the quote from Dr. King to emphasize the importance of giving, “everyone can be great, because everyone can serve.”