10 Facts about the Mumia Abu-Jamal Case – The Feminist Wire

10 Facts about the Mumia Abu-Jamal Case 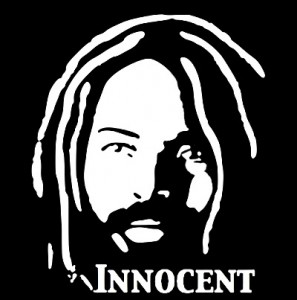 1. Mumia Abu-Jamal is innocent. Mumia has been wrongfully imprisoned for 32 years. He spent the first 28.5 years of his imprisonment on Pennsylvania’s death row. In 2011, his death sentence was confirmed unconstitutional by the U.S. Supreme Court and he is now serving a sentence of “life in prison” without parole. He is charged with the 1981 murder, in Philadelphia, of police officer Daniel Faulkner.

2. How does Mumia’s story of incarceration begin? Early in the morning of December 9, 1981, while driving his cab, Mumia happened upon the arrest of his brother by a police officer. Mumia stopped his car to see what was going on. Out of that encounter, a police officer, Daniel Faulkner, was shot and killed by somebody. Mumia was found semi-conscious, sitting nearby with a bullet from Faulkner’s gun in his stomach. Mumia’s gun, which he acquired because he had recently been held-up while driving his cab, was allegedly found nearby. Eventually he was tried, convicted of murder in the 1st degree, and put on a fast train to execution in the absence of hard evidence. The police failed to conduct the routine paraffin test on Mumia’s hands to determine if he had fired the gun; a critical fragment of the bullet retrieved from Officer Faulkner’s body was somehow lost and therefore could not be decisively matched to Mumia’s gun.

4. 15 of the 35 police officers involved in collecting evidence in Mumia’s case went to jail for evidence-tampering. In 1979, the Department of Justice filed an unprecedented lawsuit against Philadelphia’s mayor and 21 top city and police officials. Its conclusions? That the police department’s behavior – which included shooting nonviolent suspects, abusing handcuffed prisoners, and tampering with evidence – “shocks the conscience.” The officers who arrested and later brutalized Abu-Jamal came from the 6th District, which was under yet another federal investigation for police corruption by the U.S. Attorney’s Office in Philadelphia, with the approval of the U.S. Department of Justice under Ronald Reagan. As a result, over one third of the 35 officers involved in Mumia’s case, including the top officer at the crime scene, Inspector Alfonzo Giordano, were subsequently convicted of rank corruption, extortion and tampering with evidence to obtain convictions. 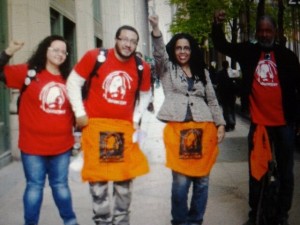 5. The newly discovered Polakoff photographs disprove the prosecution theory of the case. The first photographs taken of the crime scene were taken by a regularly published freelance photographer in Philadelphia, Pedro Polakoff. Polakoff repeatedly called the police to give them the photographs, but the police never responded. Polakoff assumed that Mumia was guilty and forgot about the issue. In 2006, these photographs were discovered and studied by Dr. Michael Schiffman of Heidelberg University in Germany. The photos disprove the prosecution’s entire theory of the case. They also show that the police lied and tampered with evidence. For example, officer James Forbes, who testified in court that he had properly handled the guns allegedly retrieved at the crime scene, is photographed holding the guns with his bare hands, destroying all potentially significant fingerprints. Most importantly, the Polakoff photos also point to the presence of a fourth person at the crime scene: Officer Faulkner’s hat is pictured resting on top of the Volkswagen on the passenger-seat side of the vehicle, suggesting that he may have had a conversation with the passenger.

6. Mumia was convicted with the help of a manufactured confession. The prosecution pegged the murder of Officer Daniel Faulkner on Mumia based on the perjured testimony of three witnesses who said, more than 60 days later, that Mumia confessed to the shooting while in the hospital. This was contradicted, however, by the testimony of Dr. Anthony Coletta, who was with Mumia from the moment he entered the hospital. Dr. Coletta said that Mumia was barely conscious and in a state of shock, and that the trauma produced by Mumia’s bullet wound and the beating he had endured at the hands of the police meant that medically, Mumia was incapable of speaking. In addition, the police report written on the night of the incident by the officer assigned to Mumia at the hospital, Gary Wakshul, states that “The Negro male made no comment.”

7. Mumia’s trial was presided over by a notoriously biased and racist judge, Albert Sabo. In a jaw dropping illustration of judicial bias, Terry Carter, a court stenographer, testified in an affidavit that she heard Sabo say to another person in the anteroom of his court, “I’m going to help them fry the nigger,” referring to how he was going to instruct the jury. Distinguished among his peers because he sent more people to their execution than any other judge in the country, Sabo earned the reputation of a “hanging judge,” and the overwhelming majority of Sabo’s victims were black defendants. The 10,000 pages of trial record in Mumia’s case clearly indicate racial prejudice.

8. Mumia was tried by an overwhelmingly white jury. Mumia’s best chance at finding relief through the courts, in the form of a new trial, came during proceedings in the U.S. Third Circuit Court of Appeals in 2007, where his legal team, argued the “Batson Claim,” which grants a new trial to defendants who can prove discrimination in jury selection. In Mumia’s case, eleven out of fourteen peremptory challenges –afforded to the prosecution to eliminate jurors –were used to eliminate prospective black jurors. But in a shocking 2 to 1 decision that overturned its own precedents, the Third Circuit Court voted against granting Mumia the Batson Claim. However, the sole dissenting Judge, Thomas Ambro, wrote an eloquent statement, acknowledging the unequal application of the law in the case of Abu-Jamal. Judge Ambro wrote that the decision to deny Abu-Jamal the Batson Claim “goes against the grain of our prior actions.” Judge Ambro’s opinion further revealed his frustration with his colleagues in the Third Circuit Court when he wrote, “I see no reason why we should not afford Abu-Jamal the courtesy of our precedents.”

9. Mumia had long been a target of the State. It is well documented, in declassified FBI memos that the Philadelphia police, in consultation with COINTELPRO had for many years, tried to peg a crime on the former Black Panther and radical radio journalist, Mumia Abu-Jamal. At the time of his arrest, Mumia’s muckraking radio journalism on police brutality and corruption in City Hall, and his friendly reporting on the radical MOVE organization made him a thorn in the side of the establishment and a target of the state. One of the least known facts of the case remains that the investigation of Officer Faulkner’s fatal shooting was conducted not by the police department’s homicide unit, but rather by its Civil Defense Unit, the local police arm of J. Edgar Hoover’s COINTELPRO, which was vastly expanded in 1967 when Frank Rizzo became Police Commissioner of Philadelphia. This was also the unit that helped produce a 700-page surveillance record of Mumia and  in 1973 attempted to pin the double murder of the Governor of Bermuda and his aide on Mumia. In 1981, Mumia found himself in the middle of a crime scene while in defense of his brother and moonlighting as a cabdriver. Now the Philadelphia police had their man, and they were going to do everything in their power to frame him.

10. This is not just about Mumia. Because Mumia is known the world over for his commentaries and writings on inequality and because he has spent so much of his time in prison offering a radical critique and analysis of mass incarceration, a victory in Mumia’s case would open up a much larger conversation in the mainstream about the crisis of mass and political imprisonment in the United States. 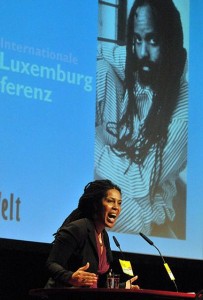 Johanna Fernandez is professor of history at Baruch College of the City University of New York, a former Fulbright Scholar, and one of the coordinators of the Campaign to Bring Mumia Home. She is also author of the forthcoming When the World Was Their Stage: A History of the Young Lords Party, 1968-1974.