How to Build a Prison (a poem) – The Feminist Wire

Home / Activism / How to Build a Prison (a poem)

How to Build a Prison (a poem) 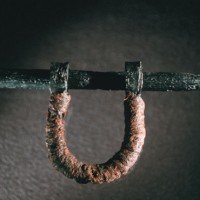 Always hated that building and never knew why

The one right before the on-ramp for 95

Riding the world-turtle stretching out his hand

William Penn got along with Indian

That’s why it’s not Fort Philly

That’s why there’s no wall

But there’s this building

where Philadelphia starts to unfold

where the City of Brotherly Love sold slaves

The bomb the blaze the heat

That which we all agree

Every year the police helicopter 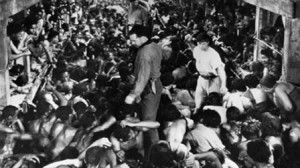 I’m in my office late grading papers that analyze poems

The security guard stops to remind me

Every Liberal is a Conservative

that hasn’t been mugged yet

He was a cop before I was born

back when Philly was a Police Force

Crack a head through a windshield

in order to protect

Light a block on fire to serve

ORDER IN ENGLISH ONLY

Go across the street

OWNER DOES NOT ACCEPT

My students ask me if I

will take a haunted tour

I tell them As a Black man

I try to never set foot in a prison

I live in Philadelphia

I already have bars on my door. 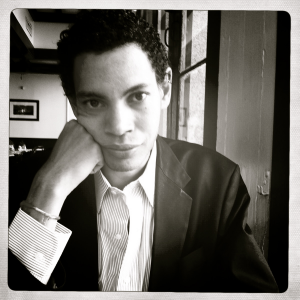 Quincy Scott Jones’ work has appeared or is forthcoming in such journals as the African American Review and the Journal of Pan African Studies and such anthologies as Draw to Marvel:  Poems from Comic Books, Heroics: Strange Tales of Absurd Superheroes, From Where We Sit: Black Writers Write Black Youth and Let Loose on the World: Celebrating Amiri Baraka at 75. With Nina Sharma Jones he co-created the Nor’easter Exchange:  a multicultural, multi-city reading series.   His first book, The T-Bone Series, was published by Whirlwind Press in 2009.