“Christopher Columbus was awful (but this other guy was not)”: A Flawed Critique of Columbus Day that Omits Indigenous Peoples in Present Day and Virtually Ignores the Enslavement of African Americans – The Feminist Wire

Home / Ethnicity / “Christopher Columbus was awful (but this other guy was not)”: A Flawed Critique of Columbus Day that Omits Indigenous Peoples in Present Day and Virtually Ignores the Enslavement of African Americans

“Christopher Columbus was awful (but this other guy was not)”: A Flawed Critique of Columbus Day that Omits Indigenous Peoples in Present Day and Virtually Ignores the Enslavement of African Americans 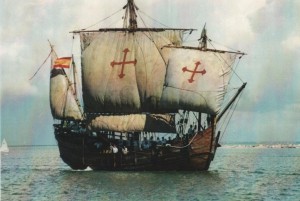 A misguided essay-comic titled “Christopher Columbus was awful (but this other guy was not)” was recently posted on by Matthew Inman on The Oatmeal and is presently circulating on Facebook. This essay, based on Howard Zinn’s A People’s History of the United States and James W. Loewen’s Lies My Teacher Told Me, seeks to dispel the Christopher Columbus myth and correct the injustice of Columbus Day by honoring another historical figure, “this other guy” Bartolomé de las Casas, who, like Columbus, was a Spanish conquistador implicated in the transatlantic slave trade. Unlike Columbus, however, de las Casas eventually became an advocate for social justice on behalf of Indigenous peoples. Although “Christopher Columbus was awful” is perhaps well intentioned, the logics guiding the essay’s trajectory are nevertheless harmful to Indigenous peoples, whose own struggles for recognition and sovereignty are entirely excluded from the discourse, and African Americans, whose enslavement and humanity are superficially gestured to, but ultimately ignored.

The essay is flawed in its inability to understand that there is no need to substitute Columbus Day with “bart-oh-low-may-day,” since Indigenous People’s Day, an international event of counter-resistance to Columbus Day, already exists. Founded in 1992, Indigenous People’s Day originated in Berkeley, California as a response by the Bay Area Indian Alliance to a reenactment of Columbus’s arrival in the Americas. “Christopher Columbus was awful” does not mention Indigenous People’s Day nor the contemporary presence and ongoing resistance of Native Americans. The essay purports to critique and correct mainstream discourses by illuminating the atrocities committed against Indigenous peoples. However, the piece actually perpetuates these injustices by invisibilizing Indigenous peoples and the tactics of resistance they have employed. 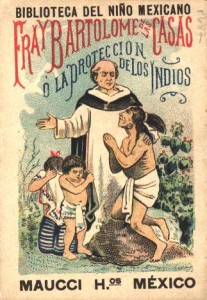 Substituting Columbus Day with de las Casas Day follows mainstream logics that have frequently proved damaging to Native Americans. Historically, dominant narratives have portrayed Native peoples as requiring guidance from outsiders—in particular European Americans—as a means to control their personhood and property. This rationale has served as justification for labeling Native Americans as wards of the state and denying them basic human rights. Unfortunately, this essay is an instance of how these logics and legacies, which privilege the European male above Indigenous peoples and African Americans, continue to guide thought processes today and the hinder the ability to imagine real structural change.

Instead, “Columbus was awful” recommends superficial shifts, misunderstanding that the U.S. nation state is itself founded upon the genocide of Native Americans and the enslavement of African Americans. In the essay the author emphasizes:

And good ol’ Chris Columbus, sex slaver, mass murderer, and champion of sociopathic imperialism, HAS HIS OWN FEDERAL HOLIDAY. This is an honor shared with Abraham Lincoln and Martin Luther King Jr. I repeat: THE FATHER OF THE TRANSATLANTIC SLAVE TRADE IS HONORED ON THE SAME LEVEL AS ABRAHAM LINCOLN AND MARTIN LUTHER KING. But Columbus Day is an American tradition!

This specious statement is uncritical and dismissive, first, because de las Casas himself was a slave owner and temporarily supported the enslavement of African Americans. This is clearly information with which the author is familiar, since he writes not only that de las Casas “owned a large plantation with many slaves,” but also in the final footnote of the essay concludes:

It’s also worth noting that early in life, Bartolomé de las Casas advocated the use of African slaves as substitutes for the natives in the Americas. Eventually, however, he retracted those views and came to see all forms of slavery as being equally wrong.

The author perhaps mentions Lincoln and King together to demonstrate empathy for African Americans, who, historically and in present day, are also subject to immense structural violences. Strategically in the essay, Inman must display an understanding of human right violations as they affect African Americans. Yet the essay ultimately abandons a meaningful and necessary critique of slavery in favor of a day that celebrates de las Casas “[leaving] his home and [finding] his humanity.”

Second, the essay ignores that Abraham Lincoln both instigated and perpetuated violent policies against Native Americans. Not only did Lincoln sign into law the Homestead Act and the Pacific Railway Act, which displaced Native peoples from their land, but he also ordered the largest mass execution in the U.S.: the hanging of thirty-eight Dakota men. Third, the essay neglects to realize that American traditions, such as the Fourth of July and Thanksgiving, frequently do not recognize or respect Indigenous peoples, epistemologies, or traditions—in fact, quite the opposite is true—although Native peoples have certainly appropriated or reappropriated these traditions as their own. While deconstructing the Columbus myth is necessary, the author should not ignore that celebrating mainstream historical figures, like Columbus and Lincoln, who have committed brutal acts against Indigenous peoples, is the norm rather than an anomaly.

The conclusions that Inman draws in the essay, such as “Columbus Day is not an American tradition. It is a recent mistake,” fail to grasp that American traditions and their surrounding narratives—many of which have their roots in Contact, conquest, and slavery—are not mistakes, but rather sophisticated discourses that serve specific political and economic purposes. These histories often seek to invisibilize Native peoples and dehumanize African Americans in order to conceal the horrific violences enacted by the nation-state. The essay even engages in victim blaming, positing that Columbus’s obsession with gold was “partially fueled by the Natives themselves for they wore gold jewelry.” Colonizers have certainly used the term “Natives”; however, today this is not a politically acceptable term for Native Americans.

Although de las Casas’s personal and political transformations are important, the solution to the violence of Columbus Day is far more complex than replacing Columbus Day with de las Casas Day. If mainstream histories view de las Casas as “one of the first advocates for universal human rights,” we might begin by asking who is constructing “universal human rights,” and how? Who has access? And whose perspectives are we foregrounding? 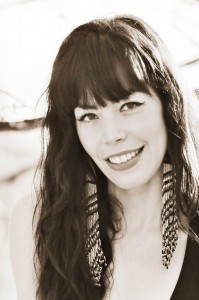 Tria Andrews is a Ph.D. Candidate in the Ethnic Studies Department at the University of California, Berkeley and a graduate of the MFA program in Fiction at San Diego State University. In addition to working on her dissertation, she is currently completing a creative collection of poetry, titled Dead Center of the Heart. Her critical research examines culturally relevant forms of rehabilitation for Native American youth in juvenile detention centers located on tribal grounds. This research is informed by over seven years of tutoring and teaching yoga to incarcerated adolescents. Her creative work frequently highlights parallel experiences of Native Americans and Filipinos as a result of colonialism. She founded and co-facilitates the Race and Yoga Working Group through the Center for Race and Gender at UC Berkeley and teaches for Prison University Project at San Quentin.