By Guest Contributor on September 3, 2013 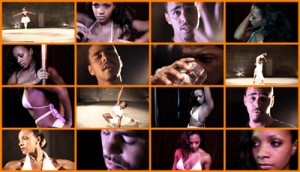 Every year a few songs like this come out (semi-recent examples include Lil Wayne’s “How to Love,” J.Cole’s “Daddy’s Little Girl,” and Wale’s “Bad”)—they’re basically slower male-written & performed odes to fallen women who are now emotionally unavailable, self-destructive, sexually loose, depressed, and are situated on the other side of some man’s paternalistic sexual voyeurism. I used to hate this kind of song. I have, for the most part, avoided them at all costs because I thought they were misogynistic and depressing. My feelings in that regard haven’t really changed, but now I have a new perspective on them that’s a little more complicated.

These songs are really real. They’re definitely paternalistic and misogynistic, but they’re more honest than most Top 40 songs are about how toxic dating and relationships in low-income communities of color can be (particularly heterosexual since that’s the norm on a Top 40 chart). I think people in our communities often feel stranded and confused—some of us don’t know what a healthy relationship is because we’ve never seen one, but in spite of that most of us secretly want one. We see almost everyone around us struggling with varied experiences of abuse, sexual violence, missing parents, prison, racism, cultural disconnect, addiction, poverty, etc., which all can take a massive toll on the ways we relate to others and our understanding of love. Moreover, a lot of that violence (especially abuse and sexual violence) has become so prevalent, it’s been normalized—how many of us have lived in a community where sexual assault and domestic abuse are a given in a woman’s life? On top of all that, we live in a rape culture in which masculinity is defined by violence and emotional unavailability, femininity is defined as a performance of victimhood and contradictory desirability, and both have ridiculous unachievable ideals regarding sexual experience attached to them. How do you even build healthy love out of something like that?

Those who know me well know that I am a huge fan of Junot Díaz and his beautiful concept of decolonial love or the kind of love that can free us from colonial legacies of rape and violence, but the harsh reality (and one that Díaz partially documents in his books) is that in the cultural and socioeconomic contexts we find ourselves in, achieving that can feel nearly impossible and, quite often, it is. Moreover, efforts to reach for decolonial love frequently and disproportionately manifest violence upon women (at least in heterosexual relationships)—decolonization is not an easy or neat process, and can lead many men to lash out as they begin the painful and fraught task of healing. For this reason many women of color in these relationships are expected to bear the brunt of both the trickle-down colonial violence and the pain from healing while their partner decolonizes, in hopes of someday being granted the opportunity for her own liberation. I like to think that Díaz would agree with me in asserting that those relationships are not “true” decolonial love, but the point I am making here is that they are much more common than decolonial love in practice. In short, learning to love oneself and others can be extremely difficult and violent in low-income communities of color—that’s the crux of what I believe these songs begin to address. 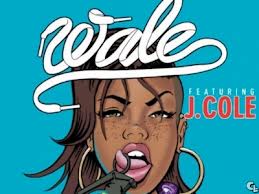 However, at the end of the day, songs like these only meet us part of the way and are a male narration of woman experiences, and thus have more to say about men than they do women. In my view, men see women hurting and understand why a woman in that kind of situation acts and feels the way she does, but that’s where the empathy stops, because they’re too afraid to admit that they’re in the same position. How many low-income men of color do you know that are sexually promiscuous, party heavily, don’t commit, and self-destruct because internally they’re hurting and they too are just trying to numb the pain? Honestly I know more than I can count. Most won’t admit it or reach out for years and years (if ever) and become emotionally stunted and violent in the process. Take a listen to the woman voice in “Bad”—“is it bad that I never made love? I never did, but I sure know how to fuck. I’ll be your bad girl, I’ll prove it to you. I can’t promise that I’ll be good to you because I have some issues, I won’t commit, not having it, but at least I can admit that I’ll be bad to you. Yeah I’ll be good in bed, but I’ll be bad to you.”—how many men might that describe? By my count, at least a few million. So why do we see all these songs about women feeling this way, when this is so clearly not confined to women’s lives?

There are real incentives keeping men from talking about feeling this way, that push them to actively sexualize what is a real serious issue in our communities. An emotionally damaged, sexually loose, fallen angel is not only an easily marketable commodity, but also a token sidekick to a hyper-masculine thug. None of the men in these songs are actually doing anything to support the woman in question, though they all seem to empathize with her story and blame violence perpetrated by other men. That said, I have to question the sincerity of the empathy when, according to the extended introduction in Wale’s original video, a man who “can’t keep a woman happy emotionally” is a hustler, while a woman who won’t commit to a man is damaged goods.

So now we’ve reached the point where men are profiting by faux-decrying gendered and sexualized violence against women as a means to boost their own masculinity and show the “right” kind of emotional vulnerability without getting too personal. This turns the women in question into objects that define men both in and outside the songs, and centers masculinity in stories allegedly about women. The whole situation is made that much more egregious when contextualized in a larger narrative on gender and abuse on the Top 40 charts—Kelly Rowland was denigrated as a ‘hater’ for coming forward about how an abusive relationship threatened her friendships, Rihanna is blasted for being a ‘poor influence’ for insisting that her relationship with Chris Brown is her own business and was heavily criticized for allegedly ‘endorsing violence’ in “Man Down” (because an imaginary premise in which a woman shoots the man who raped her and then feels regret is somehow a rallying cry for senseless violence?), and the vast majority of woman-written and performed songs on experiences of struggle don’t ever see commercial success. How many of the people that insult Nicki Minaj for being shallow do you think have heard tracks like “Autobiography”? And why is it possible for Lil’ Wayne and Wale to make a hit out of a woman’s experience of violence while artists like Jean Grae never get the respect they deserve for some of the realest songs on the subject ever written? Meanwhile, not only do we have the pervasive male-narrated “bad girls” genre, we’ve got Rick Ross bragging about date rape in a hit single and Eminem building up an entire career’s worth of songs about physically abusing women. 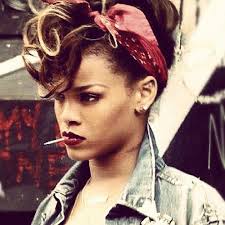 Women can’t seem to catch a break anywhere in these situations. What’s left for women when they’re expected to be a sensuous “bad girl” (in the words of Wale, “the good girls are no fun”), but are then discursively penalized for allegedly tending to treat their male partners “bad” due to the same violence that made them the emotionally damaged non-committing desirable “bad girl” in the first place? There are three levels on which this is playing out—the figurative pretense of the songs themselves, the Top 40 charts and the popular music industries, and the lives of consumers of the music (our communities)—and there are serious stakes at each level. These songs are part of a persistent trend that not only sexualizes and romanticizes mental health issues (depression, self-destructive behavior, inability to commit or forge long-lasting relationships, etc.) stemming from experiences of familial and relationship violence, but also insists on coding those issues as intrinsically feminine and objectifies them for male personal and financial gain. Moreover, in so doing they further normalize masculinity defined by sexual prowess and emotional unavailability (“all the bad girls want a real n**** because all real n****s want is [sex]”), in a paradoxical imagining of “real” men being emotionally dead. Yet, these “real” men are fashioned in lyrics as those who are sensitive to the plights of the “bad girl” and other “bad” men are evidenced as those who abuse the “bad girl.” Yet, the songs written and performed by these men do not allow women to speak for ourselves, but actually takes advantage of women’s self-admitted “issues” in the name of sex, reputation, and profit. So when we take songs like “Bad” back to that third level—our community, in which love is already so damn hard to make—what happens? The same old shit: all those “real” men out there continue to trap each other in a heteropatriarchal box that not only works to the detriment of their own healing and decolonization, but is also a catalyst for violence against women and allows men to legitimate and excuse misogyny. 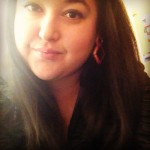 Annita Lucchesi is a graduate student at Washington State University’s department of Critical Culture, Gender, & Race Studies. Both her scholastic and activist work is centered on community healing from intergenerational trauma and ongoing colonial violence, particularly within Native American communities.