To Nurture and Protect – The Feminist Wire

Home / masculinity / To Nurture and Protect

To Nurture and Protect

How do women still go out with guys, when you consider the fact that there is no greater threat to women than men? We’re the number one threat! To women! Globally and historically, we’re the number one cause of injury and mayhem to women. We’re the worst thing that ever happens to them!

While statistically heart disease still ranks as the leading cause of death for both women and men, Louis C.K.’s stand-up routine alludes to a larger cultural narrative which depicts men as dangerous and violent and women as weak and submissive. This narrative known as the male ethos conveys that aggression and power are the index to masculinity, and passivity and submission are the index to femininity. Women are to defer to masculine strength and men will ostensibly protect women who defer. These patriarchal social norms and conventions communicated in the male ethos advocate rigid gender roles and sexism, and perpetuate a power-submission paradigm which fuels cultural wounding. The insidious impact of the male ethos is reflected in the pandemic threat of women being at-risk for domestic violence, and rape. Females from every segment of society, cultural and religious backgrounds, and socio-economic status are susceptible to abuse, oppression, and victimization. Violence towards females is not confined to a specific region or group. It is universal.

As a psychotherapist, my work with women from diverse walks of life has taught me that the most heinous evil may lurk behind the most reputable door. The upper middle class white American girl whose father is a pillar of the community lives in terror of the concealed violence and rape she encounters in her home. Unlike the young girls or women in Afghanistan or Somalia who are subjected to the most barbaric human rights violations in a climate of impunity, comparatively she is ostensibly privileged. Weather a woman is challenged to protect herself from serious injury or institutionalized sexism, the need to reclaim one’s drive towards self-preservation is critical. A woman’s biological inheritance as nurturer, while a noble strength, becomes a deficit when the capacity for discerning danger is obscured by gender socialization and adherence to an ideology that encourages women to repress their instinctual aggression. Clearly we need to critically examine how the male ethos ideology globally supports and perpetuates violence towards women, and sustains institutionalized sexism if there is to be any hope for change.

The infiltration of the male ethos is made glaringly obvious by the extrapolation of male behavior as the guideline and foundation for human behavior. Freud, the father of psychoanalysis supported the myth of male supremacy by suggesting that women are naturally masochistic, prone to victimization, and morally undeveloped. Early in his career many of Freud’s female patients frequently reported sexual abuse, most often naming their fathers as the abusers. Initially Freud attributed his female patients symptoms to repressed memories of sexual abuse trauma. That these symptoms were so prevalent throughout Viennese society meant that child abuse was rampant.

According to Freudian scholar Dr. Jeffrey Masson, Freud dodged the prospect of scandal and political suicide by discrediting his findings of sexual abuse. Rather, he revised that these traumatic memories were in fact unconscious fantasies. Hence Freud abandoned his female patients by supporting the male ethos and the prevailing Victorian mores of his time. An example of  the tragic repercussions of Freud’s decision is documented in Louise DeSalvo’s book Virginia Woolf: The Impact of Childhood Sexual Abuse on her Life and Work (1989). DeSalvo postulates that Virginia Woolf’s confusion about Freud’s Oepidal theory, which states that children fantasize their sexual abuse, contributed to Virginia’s decision to commit suicide.

Gilligan asserted that a woman’s fundamental sense of identity is strongly rooted in affiliation, and that an ethic of care, in contrast to the male ethic of justice, defines a woman’s moral reasoning. Unlike her predecessors, Gilligan’s radical claim postulated that developmental differences between men and women did not imply one-upmanship, nor did it imply iron clad hard wiring. Nevertheless a blatant bias persists indicative of the stringent entrenchment of the male ethos ideology. A woman’s inherent sensibilities of care ethics when compared to a man’s inherent sensibilities of justice ethics continues to be devalued.

A structural analysis of our major economic, political and cultural institutions shows us that hierarchy, domination, and exploitation are the driving force behind hegemonic decision making processes.  What are construed as strict ‘male oriented’ principles over ride ’female oriented’ moral abstraction. As the white male ruling class champions the construct of the male ethos, oppression and exploitation take precedence over ethical decision-making. In fact one can go so far as to say that moral reasoning, be it a care ethic or justice ethic has become largely obsolete. The distribution of power in male-female relationships and the domestic and political spheres reflect these systemic realities.

A radical departure from a survival of the fittest world-view to a psychological and spiritually focused agenda is sorely needed if we are to heal the cultural wounding of the male ethos, and move from oppression and violence to cooperative unity and respect. In  Dancing in the Flames: The Dark Goddess in the Transformation of Consciousness, Jungian analyst Marion Woodman and Elinor Dickison wrote about the critical need for a shift in global consciousness. They conjectured that “the new paradigm would be neither matriarchal nor patriarchal; it would be androgynous. Rather than tribal or hierarchal, the structures of such a society would be ecological.”

The achievement of this Utopian egalitarian model rests on a commitment to self-actualization and the idea that our personal pursuit of an integrated Self and the healing and re-integrating of the wounded parts of our psyche organically leads to transpersonal healing. Jungian psychoanalytic theory posits that the innate quest for wholeness depends on the integration of the masculine (animus) and feminine (anima) archetypes. Author Robert Bly wrote in  Iron John that the journeying male must eventually come to “the meeting with the God-Woman in the Garden.” In the garden, he continues, “the soul and nature marry….In the garden we cultivate yearning and longing [which] encourages true desire for the infinite more than greed for objects.” Along these lines, Maureen Murdock conveys in The Heroine’s Journey that a woman has to adopt the masculine perspective if she is to journey through the “road of trials” and overcome the “myth of feminine inferiority.” Bly and Murdock agree that the heroine and the hero need one another in order to move beyond duality to unification. They suggest that a celebration of the diversity of the feminine and masculine is the pre-requisite to the future of our planet.

It is only through the hieros gamos, or what translates as the sacred marriage, that a new harmonious consciousness can emerge, and the cultural wounding couched in the male ethos can heal and transform. As the late Dr. Martin Luther King, Jr. conveyed in his 1967 Christmas Sermon on Peace,

It really boils down to this: that all life is interrelated. We are all caught in an inescapable network of mutuality, tied together into a single garment of destiny. Whatever affects one directly, affects all indirectly. We are made to live together because of the interrelated structure of reality.

The extinction or survival of our planet depends on the manifestation of this vision. 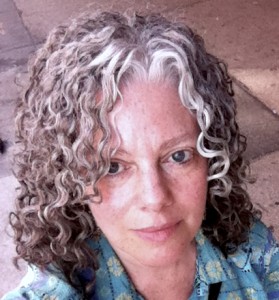 Rev. Sheri Heller, LCSW, is a NYC psychotherapist and interfaith minister in private practice. She has contributed articles for web publications to convey her creative and spiritual perspectives of the healing process. She is also the founder/creator of the Sistah Tribe- Phoenix Project, a therapeutic theater event consisting of performance, debriefing and comprehensive workshops designed to inspire and encourage healing for at-risk underserved women and girls plagued by histories of childhood trauma, neglect, and abuse.  She can be reached at sheritherapist.com.