Last summer, the world—or at least the American media—momentarily freaked out over attachment parenting, the parenting style that posits that children develop appropriately only with hands-on, constant, consistent care. This practice includes, among other things, the prescribed behaviors of breastfeeding, “baby-wearing,” and “co-sleeping” until the child weans itself of these activities. Inspired by the media frenzy over this practice, I recently took on the topic of attachment parenting in my research, only to find a pervasive current silence on the issue. Was this just a flash in the pan, a brief news tag, a media-created controversy? Was I too late—was the brief era of feminist analyses of this parenting style over and done with?

Well, yes and no. Journalists aren’t talking about it anymore. But parents themselves ponder these decisions everyday. I recently noted on social media that I was writing a short piece on attachment parenting. Immediately, with no provocation, a debate ensued. Mere mention of the phrase “attachment parenting” prompted several feminist mothers I know to explain and defend their own parenting styles. As far as I can tell, my friends and I generally agree on the issue of parenting (while we have differing opinions on certain practices, we generally adhere to the loose, adaptable, anti-doctrinaire system of “We’re doing the best we can today with the resources that we have—and we wish there were more resources”). Moreover, we are all quite capable of separating criticism of attachment parenting as a philosophy from attacks on attachment parents themselves. Yet the conversation instantly took the form of a debate, with a mildly defensive tone. These mothers thoughtfully criticized the current culture of mother-blaming while honestly admitting to involuntarily partaking of that guilt themselves. For the record, no fathers chimed in, a silence that inadvertently reinforced the idea that parenting style is a discussion best left up to mothers.

Of course, this is not some isolated conversation among feminist friends. Even if you haven’t read it, you’ve likely seen some coverage of philosopher Elizabeth Badinter’s The Conflict, in which she deems attachment parenting a kind of antifeminist “enslavement” to “l’enfant roi.” The U.S. publication of the book spawned Time’s cover story on attachment parenting last year, which in turn raised many eyebrows and birthed many a blog post. Some observers criticized the practice itself, but others focused on the question of the f-word. “Attachment Parenting: Freakish or Feminist?” asked Jezebel.com. Are these really the only two options? This rhetoric should sound familiar. We—feminists, parents, American media consumers—have fallen for the age-old trap of the catfight. This trap, and its tangled web of gendered guilt, has pummeled feminism before in the guise of the “mommy wars.” Our discussion of attachment parenting has become an ad matrem attack on mothers themselves, and it is a fight no woman can win.

Ms. rightly points out that both sides of this “momtroversy” use the language of choice without acknowledging that choice is the “result of a constellation of economic and social realities,” realities that also determine gender inequality. In the popular media, this conversational catfight is not really about feminism; it’s a “cartoonish depiction of feminist theory,” the latest form of postfeminist individuation, which works against any recognition of, much less solution to, shared inequalities. Motherhood, in this public debate, has become a competitive sport. “ARE YOU MOM ENOUGH?” the famous Time cover accused from grocery aisles, and the answer, of course, was no, not if being “mother enough” meant you had to look like a model and breastfeed your four-year-old. Although she neither styled the photo nor wrote the articles in the issue, many respondents personally attacked Jamie Grumet, the mother on the cover. But here’s the trap: not even Grumet felt like she was mom enough. In fact, she so thoroughly disapproved of that image, which she called an outtake, that she later turned to Pathways to Family Wellness magazine to explain. In this “more authentic” cover photo, she’s smiling softly, son at her breast, surrounded by her multi-racial family. “Jamie Grumet: MOM ENOUGH TO SPEAK OUT for Attachment Parenting,” the headline reads. “Now?” she seemed to be asking. “Now am I mom enough?” Instead of sparking a feminist critique of the obvious maternal self-flagellation this kind of media coverage encourages, Grumet’s attempt at defending herself prompted more snarky responses.

And when we do encounter a thoughtful conversation about attachment parenting in the form of the New York Times “Motherhood vs. Feminism” debate featuring the opinions of seven different mothers, we still see a narrow and privileged range of views. One author deems the practice “martyr mothering,” while another snipes at feminism, asking why so many women work: “Is it because we bought the feminist lie that we don’t need a husband?” Somewhere in this discussion of choice, we have lost the core feminist concept of equality. And in all of this defensive maternal posturing, we have forgotten that the “mommy wars” were never really between mothers. In the grand old tradition of the catfight, the real culprit—patriarchy—is lost in this rhetoric. Fathers are rendered invisible, and the attacks on individual mothers preclude meaningful discussion of the gendered social, economic, and political systems that undergird parenting decisions in the United States.

Too many of the voices in this debate fall into the catfight trap, offending other mothers or defending themselves while failing to engage key feminist questions about parenting practices. Those of us who care about feminism need to make personal parenting decisions political without attacking within our ranks. We need to acknowledge the fact that many proponents of attachment parenting are not zealots or proselytizers, and when we treat them like they are, our unwarranted mother-guilt is showing. We need to take seriously the fact that, by reportedly bucking the male medical model of Western childrearing, some of these mothers identify as feminists. We need to discuss the economic privilege inherent in choosing attachment mothering in the context of the shared gender inequality that still maintains that women are the proper primary caretakers of children. We need to make sure that the current “opt-in revolution” gets as much press as the decade-old “opt-out revolution,” to expose the fairy tale of stay-at-home motherhood and the gender-based economic inequality wrought by child-rearing. We need to examine the roles of fathers and partners so that “parenting” is not synonymous with “mothering.” We need to question the cultural responsibility of elite and high-profile mothers, namely the idea that the actions of and behavioral prescriptions for privileged mothers “trickle down the social classes,” and how heavily the ever-present mother-blaming weighs on those millions of mothers whose choices are economically constrained. We need to fight for the implementation of the kinds of policies—maternity/paternity leave, affordable daycare, flex time, closing the wage gap (none of which make even a cameo in the “Motherhood vs. Feminism”)—that could aid the shift from competitive mother-blaming to real parenting choices. In short, we need to acknowledge the elephants in the nursery: class status, gender inequality, and the role of the state in maintaining the status quo.

The one thing I found heartening about all of this last year was that it sparked a very public, and, I thought, promising debate about feminism and parenthood. But after the initial flurry of articles and blog posts, that conversation just faded away, failing to revive even for the recent “breadwinner mom” study showing that more women than ever are the sole or primary earners in their households (cue the ensuing epic Fox News freak-out). It is time to move from debate to dialogue. Instead of publicly attacking individual mothers like Grumet, thereby putting all American mothers on the defensive, we should be interrogating the contexts that determine parenting decisions. The attachment parenting catfight is, like its infamous 1980s foremothers the “mommy track” and the careerist “superwoman,” a diversionary tactic that feeds mother-blame and leaves mothers—all of them—right back where we started. 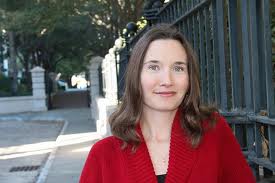 Dr. Keira V. Williams is an Assistant Professor in the Honors College at Texas Tech University. She is the author of the recent book, Gendered Politics in the Modern South: The Susan Smith Case and the Rise of a New Sexism (LSU Press, 2012).

Related ItemsAttachmentfeminismMotherhoodParenting
← Previous Story To Nurture and Protect
Next Story → if God can Cook / you Know I can: Pedagogy of Those Opting-Out of Oppression