The intended purpose of armor is to protect. To use in combat. To shield the exterior from harm. But what happens when the armor itself becomes a weight too heavy to bear?

I sometimes feel that this armor I wear as a black woman is a burden—the pressures, sometimes self-inflicted; the assumptions; the expectations. It began with the very expectations I placed on myself, raised by a loving mother who I swore, despite whatever the circumstance, was prepared for any battle, large or small, emotional or otherwise. I witnessed from a very young age how she was able to seemingly let the sweat roll off her back. Whether it was that brief period of time where she had to wake up an extra hour early to walk me to elementary school before work because her car was out of commission, or walk head first into the challenges that comes with raising an adolescent daughter whose sometimes erratic emotional roller coasters reached peaks too high to deal with in one sitting, to having the courage herself to walk away from love when it wasn’t quite right, I immediately put her strength on a pedestal. She was the example I wanted to be, that I attempted to model myself after, realizing once I approached adulthood that it wouldn’t be that simple, because I was my own person-my own, nurturing and big-hearted, person. Not to say that my mother doesn’t embody those qualities, because she does, and more. From the outside, it just appeared that she could handle anything thrown her way. Even in the most challenging of times, I rarely saw her cry, and even when I did, I noticed that she never let the pain from her emotional wounds fester for too long, or let her fallen tears break her. 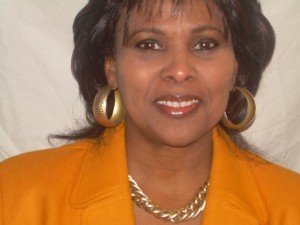 It is her strength I’m reminded of when mine is tested. I call on it when I walk down the street and am confronted with some varied form of harassment, enduring invasive stares from the “corner boys” or “Hey Sexy” from the construction workers on my block who are laying bricks that will soon become the foundation of another “quickie” apartment complex or condo infiltrating my beloved Bed-Stuy. I call on it in the moments when I have enough energy to address these men and attempt to show them the error of their ways—but as I once heard someone say, “every moment is not a teachable moment.” And even when some random passerby demands that I “smile,” I try to channel my mother’s “patience” as I begin to slip into defense mode. But what if those troubles that linger in my mind and have remained dormant won’t allow me to smile? Maybe I am perfectly content with a subtle scowl on my face. What then? Am I a bitch? Am I a bitter projection of all the women that ever, as you see it, “did you wrong?” Or, I must be a lesbian, they think. Never stopping to consider before “they” suggest that I smile that maybe I’m just having a bad morning. Or that in the times when I have strolled happily down the street with a cheekish grin, this was somehow seen as an invitation to belittle me, to reduce me to nothing more than a walking target.

It’s my mother’s ability to keep calm and her charming disposition I’ve recalled many times at work, when I was expected to socialize with my counterparts, the majority of them white—even if we had absolutely nothing in common, and I failed to see the humor in their water-cooler sarcasm, but oh yes, I still managed to squeeze out a slight smirk, just enough that it wasn’t so painstakingly obvious how “anti” I could be, but that I was indeed, present.

Not to mention the times when I’ve had to pick and choose battles when one of my co-workers overstepped their boundaries, in their politically incorrect banter or just plain old white privilege rearing its ugly head. And when Trayvon was shot, I was hoping that not one of them said a word. I was not sure if I’d be capable of containing the rage built up inside of me. Much less, did I think in discussing it, that they would be able to relate to the pain internalized over another black boy hunted and murdered for no reason at all.

And when it comes to maintaining emotional composure in the workplace, not just as a black woman, but as a woman, we’ve been taught that “it isn’t okay to cry at work” as tears equate to weakness, and justifiably so, as we are emotional creatures by nature, but it is those emotions that sometimes put us an disadvantage and render us even more susceptible to discriminatory behavior. Thus we wear masks, and do not dare remove them until we are in the security of our own homes, where we feel the freedom to release the tears that manifest out of frustration, frustration that we cannot fully articulate without being called “sensitive.” I have learned to practice this until it has become routine, with the exception of the few times I had to remove the mask, say in the ladies’ room, in the safety of a stall, but still, even then, the embedded perception of strength and how I should carry that, only allowed me to briefly stay in that space.

As black women, we’ve carried the stigma of having a “hard” exterior. Not all, but many depictions in the media cast us as bitter, angry, lonely, and sometimes even vengeful. Some of those same perceptions have been shared by our black brothers. But I believe that hard exterior comes from layers of emotional wounding not yet healed, whether from verbal or physical abuse, outside pressures, failed relationships, or just a learned lack of love for self. Again, not just as a black woman, but as a black person, we’ve had lessons to aid us in harboring our pain. Hearing our elders suggest that we keep our business to ourselves or allowing our inherent pride to keep us from truly addressing our pain, we have learned this.

To be fair, there have also been some (we need more) depictions of us as hard-working women, juggling career growth while also being a pillar of strength for family and friends. Examples of these “models” include Claire Huxtable, Khadijah James, and most recently Mary Jane Paul from BET’s upcoming original series, “Being Mary Jane.” Yet this very role can also be polarizing. Because you see me at work, successfully executing tasks, or because I’m a dependable shoulder to lean on, does that mean I am expected to be a soldier at attention at all times?

I have news for you. Though I have inherited the strength, not to mention perfected the perseverance of my mother, and of her mother, I confess that at times, I break, emotionally, physically, and sometimes even mentally. I understand why we as black women wear this invisible armor that keeps us guarded against social and systemic evils. But we must remember that underneath these shields, we are not hollow. We have hearts, and as much as we deserve to experience the highest of highs, we must give ourselves permission to hurt, and no longer pressure ourselves to “be strong” all the time, an impossible standard.

I realize now that what I saw as strength in my mother wasn’t her ability to shield her pain. It was her awareness and acknowledgement of her trials that wouldn’t allow her to live in a place of purgatory. I am learning that just as it is important for me to maintain my strength in battles, large or small, I must not punish myself for sometimes choosing to relinquish my armor. 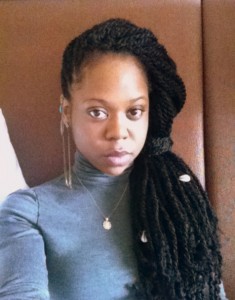 Jac’leen Smith is a writer and poet. She also works in television  as an Associate Producer. She enjoys storytelling and the world of film. Her fervor for film led her to enrolling and completing her first screenwriting course earlier this summer through Gotham Writers’ Workshop. Jac’leen received her M.A. in Magazine, Newspaper, and Online Journalism from the S.I. Newhouse School of Public Communications at Syracuse University. She is also co-creator and blogger at CashandCaviar.com.