COLLEGE FEMINISMS: A Critical Analysis of Orange Is The New Black: The Appropriation Of Women Of Color – The Feminist Wire

Home / College Feminisms / COLLEGE FEMINISMS: A Critical Analysis of Orange Is The New Black: The Appropriation Of Women Of Color

COLLEGE FEMINISMS: A Critical Analysis of Orange Is The New Black: The Appropriation Of Women Of Color

Since finishing NetFlix’s hit new series “Orange Is the New Black” about a 32-year old white woman named Piper Chapman, who serves 15 months in an upstate New York women’s prison, I have had mixed feelings about the show’s underlying themes. I greatly support its address of queer and trans issues. However, I find myself wincing at its portrayal and ultimate appropriation of women of color, who make up a large portion of the show’s characters. 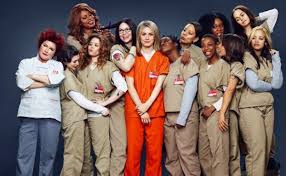 Aura Bogado is right to point out that the narratives of WoC “remain deeply powerful, yet each one is framed by a white introduction” and thus white begins to authenticate the black experience.

The WoC in the show each possess their own deeply moving stories. Yet, what is needed to bring them to the forefront is a WASP protagonist who appropriates WoC stories for television audiences. Were the stories of WoC not interesting enough alone? Why are WoC not protagonists in a show where they drive the humor and the most gripping emotional storylines?

More importantly, why do we need an archetypal white woman to make the stories of WoC appealing and worthy of television?

Although women are the largest growing prison population in the United States, the majority being women of color– especially black women– black women in “Orange Is the New Black” are given a limited and hollow voice. They are presented as boisterous, aggressive characters who serve– in a rather dehumanizing manner– as comic relief. They fantasize about fried chicken, teach the naive, white protagonist Piper how to fight, and utilize intimidation and scare tactics on other inmates.

In one episode, as Piper tries to figure out how to deal diplomatically with a fellow white inmate who continues to aggravate her, black Cindy wades in telling her to “kill that motherfucker.” In another episode, Taystee declares “Lets get some motherfucking fried chicken up in here.” The Feminist Griote notes that the demonization of black women acts as a “a long racist tradition of white media centering the stories of whites and using people of color as colorful minstrels.”

Admittedly, the show does give a resonating portrayal of a WoC Taystee, who finishes her prison term and proceeds to land herself back in prison– voluntarily. Taystee astutely raises issues of surveillance by the state, the impossibility of finding jobs, and her lack of a support system outside as reasons why she re-offended. These reasons ultimately drove her back into prison where she declares that at least she has a bed, a prison job, and friends. This is a heartbreaking reality for those WoC inhabiting low socio-economic communities who find themselves re-offending.

Socio-economic and race issues are either ignored or not sufficiently addressed in the show. Although “Orange Is the New Black” does well to depict trans and queer women, wider issues of race and class are lost on the producers of the show. The Feminist Griote aptly reminds us:

“Piper gets involved in criminal activity because she was a privileged white woman who got bored with life. Meanwhile, the point of entry for many women of color into the criminal justice system stems from being severely abused by a boyfriend or another trusted figure, being forced into the sex trade, coerced into becoming drug mules, or these women are forced to commit crimes out of necessity to feed their Black and Brown babies.”

The show does well to make prison seem like a nightmare inflicted only upon those who make “bad choices.” However, we know that the structural inequalities disproportionately affecting impoverished WoC play an arguably larger and more substantive role in seeing these women incarcerated– perhaps even more so than their own choices.

Reality is less about WoC choices than it is about WoC socio-economic destinies.

And avoiding prison has less to do with making “bad choices,” as Piper so erroneously claims,  than it is avoiding the Prison Industrial Complex that sees people of color face harsher sentences than whites for comparable crimes. Studies, for example, show that PoC are four times more likely to be arrested for the possession of marijuana than whites.

Additionally, when a Woman’s Advisory Board is erected within the prison, Piper seems to be the only inmate competent enough to raise the issue of prison reform. Although  sexual assault of inmates by a disproportionately male CO population does not come up, the WAC meeting raises issues like the discontinuation of the GED program, issues brought to the attention of the prison counsellor by the white protagonist. The WoC are shown to care more about the free doughnuts and coffee. Yasmin Nair points out:

“This goes against what we know about prison movements, which have often been and continue to be led by women and people of color, many of them queer and trans people. Angela Davis, who spent time in prison, is one of the world’s foremost abolitionists, as is Miss Major Griffin-Gracy, a formerly incarcerated trans prison activist with roots in Stonewall. Yet, from the perspective of the show, only white women have the wherewithal to understand and contest prison conditions”.

However, it is argued that Piper’s concerns for prison reform are poised to present her as the naive, white saviour woman who is oblivious to the grandness of the Prison Industrial Complex, while the WoC are more aware of the impossibility of real changes. The WoC in the show have been there longer to know better than to expect anything resembling actual change and so they ask for trivial things, hoping small comforts might be gotten as a palliative from the Powers That Be.

Nevertheless, the portrayal of Piper as the only woman able or willing to rise up against the unjust prison system is largely ahistorical. Although the WoC are depicted as passive and apathetic to prison reform, history has shown their integral role in prison movements.

Moreover, the hyper-sexualization of WoC in “Orange” feeds into an already existent fetishization and pathologization of African American and Latina sexualities. We see this constantly in modern American culture. In “Orange,” a Latina mother and daughter pair compete sexually for the attention of a white male prison guard, and one even takes graphic pictures of her vagina and sends them to her boyfriend on a contraband phone. Jessica Valenti, writing in The Purity Myth on the co-optation of WoC sexualities, shows that young WoC– African Americans and Latinas especially– are depicted as having some degree of pathologized sexuality from the get-go.

“Orange Is the New Black” certainly engages in a classic form of feel-good diversity. It provides a relative voice for trans and queer issues and acts as a minimal outlet for WoC issues. However, the Black and Latina experiences are diluted through myopic stereotypes and racist tropes. As a show depicting largely WoC stories, it centers disproportionately around an archetypical white character, and this does no favors for women of color. Although we learn much from the stories of each women–whether WoC or not–the white female protagonist remains the appropriating factor of the show.

It is time for us to finally do away with white authentication of the PoC experience. 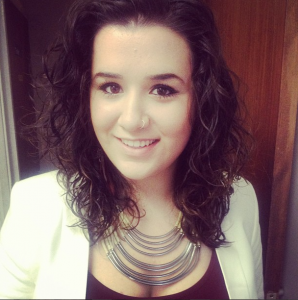 Related ItemsentertainmentOrange Is the New Blackprison industrial complexracismTelevisionWhite WomenWomen of color
← Previous Story Finding Her Mother’s Gardens: A Review of Pratibha Parmar’s “Alice Walker: Beauty in Truth”
Next Story → Race and The Invisible Cloak of “Black”