Op-Ed: The Responsibility of Virgins – The Feminist Wire

Op-Ed: The Responsibility of Virgins 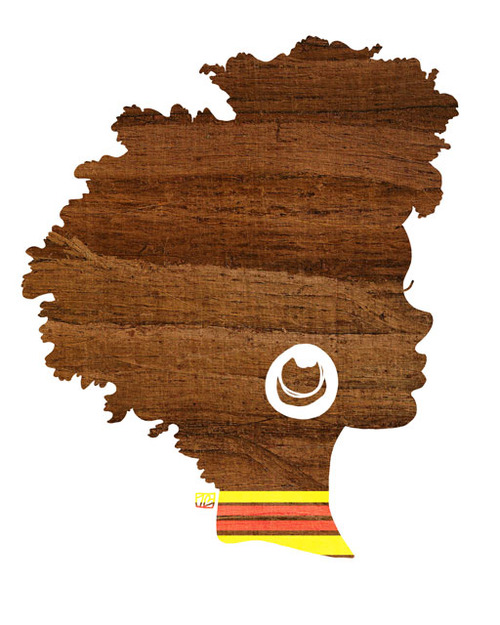 In the year 2013, I am proud to be a virgin.  I find no embarrassment in saying I am pure and have been for 15 years.  I am chemical free, structurally sound, and un-straightened.  In the African-American culture, virgin hair is considered to be “natural” and an outward presentation of strength and cultural empowerment. Like others with virgin hair, I am considered to be un-burdened by the constraints of what mainstream American society sees as socially acceptable.

My morning routine is simple.  I shower, dress my hair with moisturizer, shake, and leave for the day.  Out in the world I meet many people’s gazes attempting to analyze my hair’s complexity and liberated style.  Onlookers try to define the message I send with my hair.  However, as I approvingly glance back out amongst my passersby, I see the most disheveled display of hair.  I see what looks to be my equal, however her tresses are limp and matted in places.  Brittle and split in others.  Is she sick?  No, she is “natural.”  Her mane should appear strong, virile, and healthy.  Her locks should promote a message of social awareness and ethnic identity.  Afterall, she is natural.

In the day of conformity, and a burgeoning alliance towards society’s attempts at embracing cultural diversity, a disconnect still exists amongst women of color and their most exaggerated accessory: their hair.  A transition has occurred from the once oppressed resembling the oppressors, to now the oppressed becoming the oppressors.  No longer is it the struggle and conversation of women of color relaxing their hair to achieve the straight and sleek visual of European standards, it is now the intracultural divide amongst what is acceptable for the term “natural” and how the term is defined.  Is it sexist to desire that a woman, professional or otherwise, to present herself in a manner that solicits a “polished” appearance?  Is it culturally insensitive to admonish a woman for allowing her crowning glory to be ethnically traditional?  Or is it equally unjust to pacify an unkempt appearance with the label and justification of being “natural?”

According to a study conducted at Linfield College, media turned U.S. Olympic gold medalist Gabrielle Douglas into a media package of gender and race (Raso, 2013).  A sports article written for Time.com and London associated press published news about Gabby Douglas’ “unkempt” ponytail (Rooks, 2012).  Is it a coincidence that her innocent childhood nickname “flying squirrel” became associated with an “unkempt” appearance and became repurposed as racially demeaning?  No, African American women have the propensity to be judged according to the appearance of their hairstyle.  However, my objection is not on the choice of style.  My objection is when the maintenance of said style becomes the representation for the general populous.

Despite the social controversy surrounding African American hair, if natural hair is supposed to be an expression of liberation and self-identity, who am I to admonish how another identifies themselves?  Spike Lee’s 1988 School Daze featured the song “Good and Bad Hair” centered upon a theme where the texture and style of your hair defines your ethnicity and capacity for status amongst African American women as judged by other African American women.  Lyrics for India.Arie’s “I Am Not My Hair” state “Good hair means curls and waves.  Bad hair means you look like a slave.”  My mother once stated, “good hair is any hair that can grow out of your head.”

My concerns begin when the voice and ideas of one individual begin to represent the collective body.  Individuals often want to believe that your actions only affect you.  Unfortunately, that is not true.  For those who graduate from high school and/or college, you are a product of their training and alma mater.  When you leave your parents home, you are representing their values and “home training.”  As you become an employee of an organization, you become an extension of their brand.  The same can be said for race.  At the time you decide you want to be titled “natural,” you now have an expectation. Your hair has given you a new identity and a following.  To be unkempt is not because your hair has no direction, it is because you have none.  Natural hair is not an excuse to be disheveled, messy, or any other term that constitutes disorderly or carelessness.

With that being said, who am I to judge how you represent your identity.   I am natural, therefore I should be the first to empathize and show acceptance.  I too have had to navigate through transitions and have outside forces attempt to influence my state of being.  I too have been affected by what society feels is the standard of beauty and social acceptance.  However, I am aware that I am a product of my family and my culture.  I represent the history of people before me.   So it is my responsibility to show support and acceptance through honest dialogue.  Take pride in yourself and your heritage.  That is what the true meaning of “natural” is all about.

Jeniece L. Carter is a graduate of Prairie View A&M University with a Bachelor of Science in Biology and a Masters of Business Administration with an emphasis on community development.  Carter is currently a National Urban Fellow at Baruch College, School of Public Affairs, The City of New York and is a health care policy advocate with a focus on patient care awareness and education. She is a resident of Arlington, Texas.