Op-Ed: How to be Black in the Age of Obama, George Zimmerman, and Paula Deen: Notes from Summer, 2013 – The Feminist Wire

Home / Activism / Op-Ed: How to be Black in the Age of Obama, George Zimmerman, and Paula Deen: Notes from Summer, 2013

Op-Ed: How to be Black in the Age of Obama, George Zimmerman, and Paula Deen: Notes from Summer, 2013 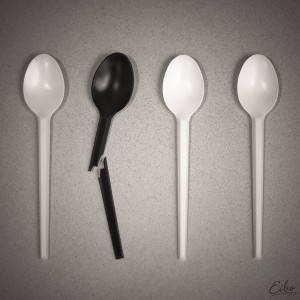 Welcome to the impossible future. White people are talking about race. Sometimes, they’ll even talk about racism. Some will say the word “racism” hesitantly, tentatively, as though it’s the name of an exotic food they’re not sure how to pronounce and are even less sure they’d like to taste. But they’ll say it. They’ll talk about it. And if you’re black, chances are they’ll be talking about it to you.  Some tips to note:

– Racism will make you angry. You knew this already—you know the heat that claims your ears and forehead when a conversation takes its first racist turns. You have learned by now to recognize the warning signs—to monitor your breathing as soon as someone says “I don’t mean to be racist but…” and prepare for the worst. If you have ever been one of few black people in any situation—in a class, at an office, at a dinner party, in a country—this is a familiar heat. But this summer’s heat feels different. It is unrelenting, self-renewing. It blares from all your life’s screens—your television, your Facebook feed, your email inbox, your iphone. It compromises your health. You feel, by turns, stressed, depressed, powerless, aimless, irate. You notice your heart rate surge and fall. You miss at least one workout. If you smoke, drink, or indulge in comfort food, you find yourself doing so more than usual. If you don’t, you feel a fleeting temptation to start.

Remember: Take care of yourself. And, as you do, scour yourself for internalized anti-blackness. Have you harbored quiet judgment of other black folks for being lazy, obese, indolent, addicted? Think about the anger you feel now. Multiply it by generations. This heat is historic. It’s not that different at all.

– Racism will make you lonely. You may feel like little more than a coffee table or armchair while white folks practice talking about race privilege on you. They will rest phrases like “prejudiced” and “slavery” and “African-American” on you to see if they’ll stick, if they’re using the words right. They will look away, clearing their throats before using terms like “black” or “killed” or “the N word.” Only once those words are out will they look at you for corroboration or critique. In the meantime, you are made to feel like a perfect piece furniture—so functional and compatible with the evening’s decor it’s almost as though you’re not there.

Remember: You are a person. You are not an accessory to anyone’s coming-to-consciousness. Hum your favorite song. Kiss your lover. Say exactly what’s on your mind. Or simply walk away. Do things to remind yourself that you are human. This is, after all, what anti-racism is supposed to be about.

– Racism will make you exhausted.  You are being endlessly called on to explain, opine, comfort, congratulate, and absolve. Social gatherings this summer are not really social for you. You are hailed by your co-workers, neighbors, and even the best-meaning white friends as an authority on a judicial system that is scarcely intelligible by legal experts. You are tacitly expected to represent the comprehensive feelings and analysis of The Black Community, a monolith that does not exist. What’s more, you still have to do your paid job dazzlingly, raise your children brilliantly, tend to your partner, pay your bills, remember toothpaste at the grocery store. You are not quite sure where the hours or the energy will come from.

Remember: You are supposed to be free. Theoretically, you can say no. If you are a teacher, remind yourself that you make your living at least in part by helping people better understand race, racism, and the world, and that you are currently off the clock. If you are not a teacher, remind yourself why you made that choice, and decide if, in this moment, pro-bono social work is something you feel moved to do. If it is, have at it. If it’s not, give yourself a break.

– Racism will try to make you choose between parts of yourself, and between linked social battles. It will try to convince you that justice for Trayvon Martin means ignoring Rachel Jeantel and Marissa Alexander, that fighting against George Zimmerman’s acquittal means forgetting the rash of anti-queer beatings and murders that have gone unprosecuted this year. It will try to make you think that there is no difference between Zimmerman’s white skin and Paula Deen’s. It will tell you not to think about Guantanamo, or the Voting Rights Act, or activist Eric Lembembe’s murder in Cameroon. It will expect you either to blindly celebrate the miracle of our First Black President or be furious and embarrassed that this violence could happen on his watch. In sum, racism will try to tell you that gender, sexuality, ethnicity, nationality and class do not exist, or do not matter. That the plight of young black American men both subsumes and nullifies the experiences of black women, that neither can exist in queer bodies, that race is indistinguishable from class and that color and ethnicity can be neatly swept under the rug of America’s larger black-and-white concerns. If you are a black woman and/or a black queer person, for example, racism will lie to your face and tell you that you do not exist.

Remember: Read Black and Women of Color Feminism. Audre Lorde, Ntozake Shange, Evelynn Hammonds, June Jordan, Cheryl Clarke, bell hooks, Dionne Brand,  Gloria Anzaldúa, Cathy Cohen, Kimberlé Crenshaw, Patricia Hill Collins, Paula Giddings and many, many others have made their lives about exposing the lie of hierarchical oppression. Read these writers now, read them later, read the works of their intellectual progeny. Recommend them. Give their books as gifts. If you are a teacher, teach them. If you are a writer, put them on your wall and write.

– Racism will make you understand—yourself, history, the messes of this summer and all the many messes to come.  You will feel like a black Dorothy in rewind, stepping from the relative orderliness of the world you’ve been trying to live in into the wiry, gnarly and highly-pixilated world you always knew lurked just beneath its surface. You will see people’s ugly underfaces, and many of them will surprise you. You will connect the dots between those ugly faces and the faces on television, in the news, spinning down your Facebook feed. You may have thought you understood the catastrophe of race in this country, but this summer brings things to a new level. Now it is 360 degrees around you. Now it fans itself bright and hot at all of your senses. Now it paints the air and stings bone deep.

Remember: Take this understanding to the door of someone understands, too– whose presence makes you less lonely, less angry, less tired, less impelled to choose. Bring yourself to someone who inverts 2013’s post-racist paradigm and offers community, joy, energy, fullness, life.

After all, this is America. 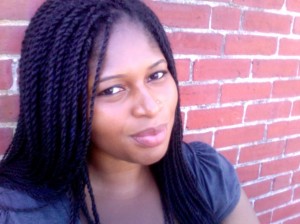