The Downfalls of Feminism and Why I Am Still a Feminist

I knew I was a feminist when I was in the third grade. Then, I was an aspiring class president in a classroom of 50 students where the majority were women. My opponent was a boy. While I knew I had the best qualities to be class president, I was soon discouraged by my classmates’ and teachers’ attitudes towards women in leadership roles.  Someone asked, “How many female presidents has Mexico had?” “None,” was the answer.  It was true.  Women in Mexican politics were scarce in the early 90s. Thus, many believed the myth about girls sucking at leadership roles and that they were more useful behind the scenes. Needless to say, I lost my first and last presidential election. Although I might have lost because I wasn’t a good candidate, I believe I lost because I was never given a chance.

I studied feminism as a Political Science student and later as a convert to Islam. I found it empowering, challenging, troubling and necessary all at the same time.

I grew up in a society and an extended family where feminism was completely discredited. Feminism was misunderstood–by both women and men.  Some people think that feminism is equivalent to patriarchy, just the opposite. And, only recently have feminists acknowledged their downfalls in terms of the intersections between race, class and religion, among others. Few feminists imagined that personal ‘positionings’ would become so central to the critical discourse and movement. Unfortunately, however, the marginalization of minority women continues to be a problem, particularly as some feminists still preach that all women are the same and all patriarchies are experienced similarly.

Growing up in Mexico City, I was raised in an interracial family with my mom being a Zapotec woman and my dad a mestizo. As a bi-racial kid (or should I say multiracial?) in a country that really pushes the mestizo myth I did not identify as an Indigenous woman; but over the years I saw my mom developing into an Indigenous feminist after suffering racial discrimination, sexual harassment, lack of self-determination and poverty. My mother’s disappointment with mainstream feminism grew when she realized that mainstream feminists were not interested in a lower-class indigenous woman with self-determination aspirations. Instead, they advocated for an all-encompassing sisterhood that neglected to recognize the lines of ethnic identity and the demands of minority women.

Once my mother became an established Indigenous feminist I struggled a lot with my identity as I didn’t know where I fit. And after a lot of reflection I found that religion was pivotal to my identity. I did not grow up in a religious context.  Still, I found in Islam a scripture that ‘spoke’ to me, and a message that encompassed equality, spirituality and love. Converting to Islam was a difficult decision because in today’s polarized world Islam is said to be the worst of patriarchies.

In my early years as a convert to Islam I was conflicted by how my community viewed feminism. Feminism is often seen as a white-Western import with no reason to exist in Islam. A common argument used by Muslim scholars like M. Akram Nadwi is that Islam gave women all the rights they need.  Therefore, Muslim women have no use for feminism. Of course, many Muslim women acknowledge that these rights have been interpreted, administered and manipulated by male elites that include scholars, rulers and cultural leaders. Yet, Muslim communities, and many Muslim women, remain skeptical of feminism.

I was able to reconcile my faith and feminism by engaging in exegetical interpretation and historical research. Qur’an and Woman by Amina Wadud was a turning point in my conversion.  Feminism played a big role in the exegetical process, which is essential for the improvement of women’s status in Muslim communities.  This epiphany was reinforced through the works of Fatima Mernissi and Scott Hiraj Al-Haqq Kugle, who also endorse feminist hermeneutics in the study of Muslim history and the scriptures. When read with feminist lenses, and an open mind, the Muslim scriptures can be much more meaningful to today’s Muslims.

And so I became an Islamic feminist. Drawing from my mother’s experience with mainstream feminism, I recognize its downfalls and I believe in ‘localizing efforts’ rather than pretending that we are all a happy family. I do not think that feminism is a universal sisterhood that can hold us all. On the contrary, I believe that we aren’t a monolithic cluster and neither is feminism.

From indigenous self-determination (in my mom’s case) to gender equality and social justice in the context of Islam, mainstream feminism has proven ineffective in supporting the needs of minority women. My mom’s people are still unable to exercise their right to self-determination and Muslim women are still stuck debating hijabs and niqabs instead of discussing the real issues such as political participation, leadership and accessibility. Today, old and new problems lay ahead.  A significant concern continues to be religion. Mainstream feminism has declared religion as the source of all (or most) evils in a woman’s life. And radical feminists and the so-called “new feminists” like FEMEN shut down religious women, such as Muslim women, and some of them have gone so far as to forget that feminism aims for the equality of all women, not superiority over others.

This has not helped feminism’s case, and has led some to believe that feminism equals male disposability. Furthermore, the mainstreaming side of feminism and the attacks on religion have only served one purpose: To push practicing religious women and men away from what feminism can offer. Nonetheless, feminists from diverse groups, have also failed to showcase their work in their local communities. In Mexico, for example, very few people know that feminism can be credited with a number of political moves, including early attempts to acquire women’s suffrage and labour rights. The socio-economic-political-cultural landscape isn’t perfect but many feminists continue to work, take, for example, recent moves re: the legalization of abortion and the end of gendered violence in the country.

My mother is another example.  She works with a variety of aboriginal groups around the world, sharing common self-determination goals. She also supports, and works closely, with many NGOs, one of which is the No More Stolen Sisters in Canada. Similarly, Islamic feminists can be credited with shaking the world of Qur’anic exegesis and the ranks of Muslim male elites. In the past few years, an important goal has been to rethink, challenge and reshape women’s role in the mosque, Muslim scholarship, and leadership. And despite the problems, and the fact that some still think that feminism should be one and only one thing, feminism has proven to be valuable and visible in our communities.

Thus, before shutting it down altogether, one must ask, “what has feminism accomplished in my community?” And, “how can it further help me?” I imagine this critical starting point will change some minds… 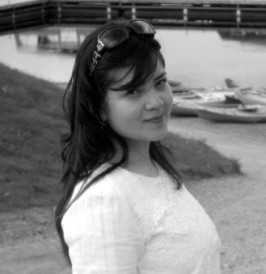 Eren Cervantes-Altamirano is a graduate of the University of Alberta. Her research focuses on gender, politics and Islam. Her first publication, “Recovering the Progressive Spirit of Islam: Ijtihad and Its Transformative possibilities” explored feminist contributions to the realm of Islamic exegesis. She recently published “Islamic Feminism and the Challenges of Gender, Sexuality and LGBTQ Rights in Contemporary Islam,” which discusses the application of Islamic feminist exegetical methods toward an LGTBQ-friendly interpretation of the sacred texts. She also engages Muslim women’s depictions in the media at Muslimah Media Watch and blogs about her experience as a convert at New Muslim(ah) Walking Around.