Op-Ed: The Military's Culture of Sexual Violence – The Feminist Wire

Earlier this year, a monumental announcement came from Department of Defense lifting the ban on women serving in combat roles. However, women have been in combat for years. What’s changed is that they will finally be compensated with combat pay just as every man serving in a combat zone. Coincidentally, only three days before the announcement was made, survivors of military sexual trauma (MST) were sitting in a hearing before the House Armed Services Committee on the Review of Sexual Misconduct by Basic Training Instructors at Lackland Air Force Base in Texas. They were waiting to testify. These witnesses were speaking for the dozens of women and airmen that had been victimized as young recruits by their superiors through sexual harassment, improper touching, rape, and other sexual violence.

In 2011, there were 3,191 reports of military sexual trauma. Of women in the military, 1 in 5 women have experienced MST while serving their country.  And these numbers are low; it is estimated that 80% of all victims of MST in the military do not report the incident at all. This culture makes it increasingly difficult to ask for help when one has a real problem. Rape and sexual assault should not be considered an “occupational hazard” of serving in the military.

The military is struggling to protect its men and women in a culture where rape and sexual assault has been widely accepted for years. Recent attempts, introduced by Congress, to address MST include H.R 430 Protect Our Military Trainees Act and H.R. 3435, the Sexual Assault Training Oversight and Prevention Act [STOP Act]. H.R. 430 only protects military trainees while they are in basic training from other members responsible for their instruction. This bill reads as though protection is set up for recruits, but what happens after they complete basic training? What happens if the perpetrator is a fellow recruit, not an instructor? HR 3435, The STOP Act, will establish a Sexual Assault Oversight and Response Council, composed mainly of civilians, as an independent entity from the chain of command of the Department of Defense. STOP was first introduced in November 2011, and little movement on this bill has happened since its first introduction to Congress two years ago. These resolutions are gestures that only address “the tips of the iceberg” of an epidemic that is rampant in our military.

Some people will point to efforts by the military to protect its men and women. The Sexual Assault Response and Prevention Office (SARPO) was launched in 2005. The primary aim is to educate men and women on preventing sexual assault. The bulk of the prevention messages target the victim and task her with preventing the assault. Examples include a buddy system at night and avoiding alcohol. Slogans such as “Wait til she is sober” target a buddy of a friend from taking advantage of a fellow female soldier. These campaigns are archaic and do nothing to address the top-down approach that breeds a system of silence and acceptance around MST. 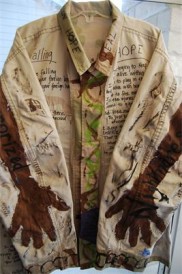 Survivors, both men and women, are speaking out and demanding protection for future soldiers and accountability on the part of perpetrators, not the victim. The Invisible War is a documentary that tells the story of the epidemic of MST that permeates every branch and rank in the military. Fatigues Clothesline is a project (started by one of the individuals who shared her account in The Invisible War) that connects MST survivors with resources for help, and is an outlet for stories to be discreetly shared online. Finally, local veterans’ offices are working to provide resources for MST survivors who seek help through their crisis centers. In Phoenix, Arizona, the Military Crisis Center will offer  support groups for women survivors of Military Sexual Trauma. The first group is meeting soon.

Lifting the ban to allow women to serve in combat demonstrates that women can finally be recognized and compensated for something they have willingly been doing since their acceptance into the military. Men and women serve this nation, often times at a great cost of personal sacrifice. MST is not a sacrifice, or an “incidental” of serving in the military that women should be expected to make in service to their country. Perpetrators need to be prosecuted and punished, and only the military can put policies and programs in place to protect the victims, not their perpetrators.

Military sexual trauma should not be tolerated; our brave men and women deserve better. 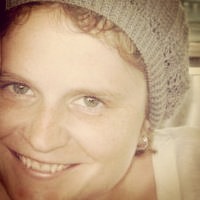 Carrie Reed completed her Master of Public Health from the Rollins School of Public Health in 2008 and is currently a graduate midwifery student at Emory University’s School Nell Hodgkin’s Woodruff School of Nursing. Ms. Reed’s primary interests are in women’s health education and empowerment from individual and global perspectives.