COLLEGE FEMINISMS: We Live In A Rape Culture – The Feminist Wire

COLLEGE FEMINISMS: We Live In A Rape Culture 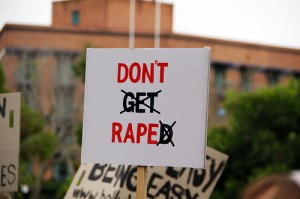 Many people object to the phrase “rape culture.”  They don’t understand how a culture as civilized as ours can be defined by a force as destructive as rape. They deem it an overstatement, an “over-analysis” by angry bra-burning feminists. Some even consider it an oxymoron. And others quite simply don’t understand the term.

Rape culture is the condoning and normalizing of physical, emotional and sexual terrorism against women and girls and marginalized subjects.  It is the production and maintenance of an environment where sexual assault is so normative that people ultimately believe that rape is inevitable.

Society operates formally and informally based on attitudes, beliefs, customs and rituals that members agree are acceptable and normal. Rape is embedded in our culture through our collective beliefs and this has rendered sexual violence acceptable and normal.  Rather than viewing the culture of rape as a problem that needs changing, people in a rape culture consider its persistence as “just the way things are.”

We’ve accepted rape as part of our society and allocated gender roles only aid in exasperating this.

How do we normalize rape?  Professor Lynn Phillips answers this question very well:  “Everywhere you turn there’s condoning, trivializing, and eroticizing rape, and collectively it sets a tone that says this is no big deal, or this is what women deserve.”  A common misconception is that we have to agree with rape in order to be a part of a rape culture. This is not true.  We do not need to give consent to be a part of a rape culture. We already live in one. Rape culture is not necessarily about you accommodating or agreeing to an actual rape.  It’s about participating in a culture that says “rape is no big deal” via various communicative mediums such as media, advertising, law, jokes, TV, film, etc., and not calling it out and resisting it.

This is most easily revealed in the ways that the language of rape culture exists in everyday conversation; trending social media topics like “the rape sloth;” meme “jokes” like “Oh you don’t want sex? Challenge Accepted,” and even “I’ve got a dick and a knife, at least one of them is going inside of you tonight;” popular phrases like “I raped that test;” and movies where entire plots revolve around teenage boys wanting to throw a party so they can get girls drunk and have sex with them (i.e. American Pie).

Hip Hop artist Rick Ross recently rapped a verse on the Rocko song U.O.E.N.O that not only condoned rape but encouraged listeners to engage in date rape.  He boasted,

The line preceding Ross’s line, “she ain’t even know it,” explicitly engages slipping a well known date rape drug, MDMA, also known as “Molly,” into a girls’ champagne glass. In this song, regardless of apology or intention, Ross is advocating date rape through drugging women.  There is no consent here, and no consent=rape.  Such examples have a universal impact on how we view rape and sexual violence.

The synthesis between rape and culture is created through social customs and relations, politics, religion, advertising, entertainment, media, etc., which too often sexualizes violence, blames victims, and propagates myths about race, gender, class and sexual assault.  In rape culture, we often take responsibility away from rapists by saying things like “maybe she could have taken precautions to ensure the sexual assault didn’t happen?” or teaching that because a woman wasn’t modestly dressed or drunk, she deserved the rape a little bit more than others. This is wrong.

Rape prevention must focus on eliminating the conditions in society that make women easy targets for it. Victim control or rapist control alone are not effective. Victim control teaches women that they are rape-able and that it’s their job to avoid rape.  However, this is not only sexist, it doesn’t reduce the threat of rape. Furthermore, rape cannot always be avoided, no matter what precautions the woman takes.  Social training and gender constructs exasperate the rape culture that we live in. Men are taught to be powerful and macho and women are taught to be victims–who need saving.

Rape can be viewed as a means of control over women.  A strategy for eliminating women’s vulnerability to rape involves altering the power relationship between women and men. This would require eliminating the erroneous gender constructs that facilitate this imbalance. Some women are reluctant to challenge men’s offensive behavior because of their social conditioning (i.e. it’s not proper to “make a scene”).  And frequently, women psychologically distance themselves from the issue of rape and from each other by adopting the attitude that “It can’t happen to me,” or that “Only immoral women are raped.”

So, what can we do to help change this? 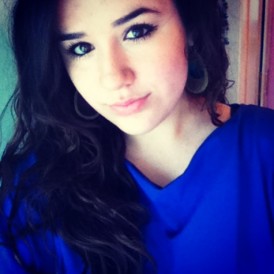 Mohadesa Najumi is a History and Politics Undergraduate and a passionate feminist. Originally from Kabul, Afghanistan Mohadesa lives and studies in London, England. Her interests range from global politics, history, writing, gender, development, political economies, democracy, Venezuela, US and MENA. You can follow her on @mohadesareverie.