The Princesses of Long Island: A Long Hard Post-Feminist Look in the Mirror – The Feminist Wire

Home / Culture / The Princesses of Long Island: A Long Hard Post-Feminist Look in the Mirror

The Princesses of Long Island: A Long Hard Post-Feminist Look in the Mirror

Like blogger Lindsey Orlofsky, I too watched Bravo’s new series “The Princesses of Long Island” in horror. For those of you who have yet to catch the latest offering of Bravo’s reality machine, The Princesses of Long Island focuses on six Jewish college educated wealthy women in their late twenties from Long Island, NY. Almost all of the young women portrayed are still living at home, not engaged in a meaningful career, and spend their days shopping, partying in the Hamptons and loudly lamenting as to why they are not yet married. 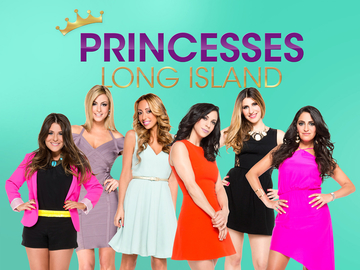 As a Jewish “post-feminist” who spent many years of her graduate school career over analyzing “the JAP” stereotype from  the American University  scene of the 80s as well as the inappropriate caricature of Jewish women that was often portrayed in American film and television, I too could not believe that an over-exaggerated version of “the JAP” was being  displayed in such a vulgar manner on “reality television”  Hasn’t it been it been 30 years since college campuses across the country celebrated “Slap a JAP day?” Haven’t we as American Jewish women come further than this?

I do however, deeply disagree with one of Orlofsky’s main points.  In her post she writes  “The modern Jewish woman values her own career, far more than she values money. She understands her own self-worth, and does not need a husband to confirm her value. She is not a princess in search of a prince. She is a human being who has to work hard, pay her own bills, and determine her own path in life. She does not let her parents — or her husband — do it for her.” Yes, most modern Jewish women are educated and taught to establish high level careers for themselves, but, yet, even today, in modern American Jewish culture, young women are still taught that we are worthless unless we are married.

I’m 32 year old and thereby, very close in age to the characters on the show. The day that I graduated from the University of Maryland with a dual degree in Anthropology and Jewish Studies my grandmother called me on the phone and said, “Shani, it’s so nice that you did so well in college, but now you graduated and it’s time to get married!” What?! I was only 20 years old and had big dreams of world travel and graduate studies, but from then on it was clear that until I was married, no one in my family or community would think that I was accomplished or “settled.” That first summer after college graduation the steady stream of weddings began. Suddenly I began to feel disappointed in myself for not of having met my bashert whilst still in college. So what did I do? After a year serving volunteering overseas in Eastern Europe (“Enough with schlepping your tuchas all over hutz- a- putz trying to save the world! Get married!” -another phone call from Grandma) I did what any nice Jewish girl of my generation did, I moved to the Upper West Side of NYC to meet my husband, oh yeah, and to go to graduate school as well. As soon as I got to NYC I formed alliances with other Jewish women my age with the same goals and aspirations…a graduate degree and, most important, a diamond ring. As nauseating as Princesses of Long Island is to watch, I couldn’t help but feel that there were very much some cultural grains of truth that come through from the exaggerated characters.

Yes, we want our Jewish daughters to go to the best schools and become doctors, lawyers, and professors, but we clearly also want them to get married.  As Susannah Heschel writes in “Jewish Feminism and Women’s Identity” (from Seen but Not Heard: Jewish Women in Therapy, Harrington Park Press, 1990) “Although most American Jews today define themselves as non-religious, the traditional attitudes of classical Judaism remain strong, particularly in terms of gender roles and family structure.” Perhaps it is time for the American Jewish community to truly transition into the Sheryl Sanberg “Lean In”  post-feminist age of choice and finally allow our daughters the freedom  to create a future for themselves with or without marriage and children and mostly important, without the judgment that inherently comes from not having all of the above neatly in place by the time you are 30.  Maybe the real reason that we are so uncomfortable with the Princesses of Long Island is because it forces us to look ourselves to take a good look in the mirror in some of the failures of modern American Jewish culture. Maybe this “reality show” will give us the reality check that we need. 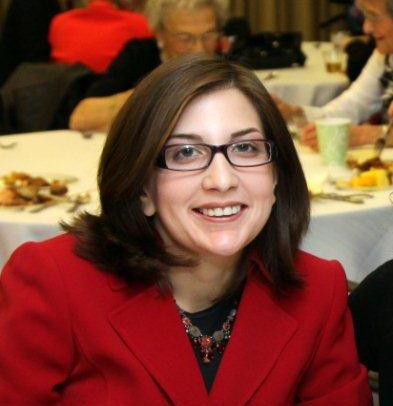 Shoshanna Schechter-Shaffin is the Director of Women’s Division, Israel, and Overseas Programming for the Jewish Community Federation of Richmond and serves on the faculty of the Department of Religious Studies at Randolph-Macon College. Shoshanna earned her Bachelors degree in Anthropology and Jewish Studies from the University of Maryland and a Masters Degree in Jewish Studies with a focus on Jewish Women’s and Gender Studies from the Jewish Theological Seminary.