To Our Sisters, Morehouse – The Feminist Wire

To Our Sisters, Morehouse

By Kalima DeSuze, Nicole Patin and Farah Tanis on behalf of the members of Black Women’s Blueprint

To those who have survived sexual assault or any other form of violation along the continuum of categories of sexual violence reserved primarily for women, female body or not, we at Black Women’s Blueprint write you in solidarity, in support and in sisterhood. Many of us are survivors ourselves and/or come from families of survivors all over the Black Diaspora.  We represent multiple generations of women weaving the pieces of their lives back together, seeking justice for harm inflicted by others and damage we had no stake in creating. We are on constant journeys towards healing, towards rewriting our personal narratives and toward reclaiming our bodies and ourselves.   We know all too well what you’re going through.  For that reason, we write you this public letter.

This is to all the girls, the sisters left in back alleys, in heaps on their bedroom or living room floors. It is to those left in building hallways, staircases, backroom parties and basement garages.

This letter in particular, is to our sister recently targeted by the Morehouse brothers.

Last night, we spent a considerable amount of time reflecting on our stories as well as your story.  We want you to know that every woman, every girl in the space has been profoundly impacted and ready to act on your behalf.  Today we think back to the time and space in our history where women banded together to fight sexual violence and deployed their collective voices, and with their pens and their letters, with testimony and sometimes through their marches, they denounced the violence against the women of their day and those who came before them.  Rosa Parks although known for igniting the Montgomery Bus Boycott, her grassroots organizing work began with her  investigating the rapes and torture of Black women in the South. Sister, she investigated and advocated to end the Jim Crow rapes—which were part of the systemic and wholesale attacks on African-American communities who wanted nothing but full recognition as citizens and as equal human beings.  However today, we are under siege from within.  Our fellow Black and Brown brothers have internalized racial oppression. They have picked up and refined the “master’s tools” and continue to abuse, to violate and divide.  There is no pain as virulent as the one that is inflicted from our own.

For this, we stand with you.

Our prayers are that you know and understand you did nothing to cause this violence against you.  Know that no matter what our state, what we wear, what we drink, eat or say, you did nothing to cause sexual violence against you. Despite all the rhetoric, we remain clear that you, that none of us deserve to be raped, ever.  You and all of us should have the right to do as we please: get drunk, high, and even strip naked if we feel inclined and still be safe, still exist and still thrive in environments that consider your and our inherent value, and where those bent on inflicting harm are stopped in their tracks.  You, as the human being that you are, should always be honored. Your ability to consent should have been assessed and respected. Your right to clearly grant or not grant access to your body should always be upheld.  You bear no responsibility for any sexual violence against you and therefore, no matter what the public says, the burden is not yours.

No matter what is said and done in any form to describe you as having given consent, know and understand that consent means mutual agreement, based on a shared desire for specific sexual activities. Consent is an ongoing verbal interaction, taken one step at a time, to an expressed and honest yes. Cooperation, compliance, incapability, lack of awareness or silence is never consent.

Please do not be convinced of or confused by the colorful and what will be rather persuasive arguments that will be heaped upon you.  For this, we enclose you in a circle of Sister love.

Sister you are not to blame. Sister you are not alone.  What you choose to do for yourself from this moment on should be the focus and priority. You will need to be prepared for the onslaught of victim blaming that may have already begun, and that is common in almost all rape cases.  The determination by those who will try to deter you will be fierce and unlike anything you may have ever experienced.  Despite many of our denials, we all know we live in a deeply misogynistic world where the hate for women pervades every aspect of our culture and every system and industry imaginable.  This misogyny is so pervasive that everyone including sister-friends may at some point and time say something accusatory, ignorant, and simply painful. Know that this is a manifestation of their internalized sexism and at times is a reflection of their own self-hate.

You may experience distancing from some, as they will try to assert directly and indirectly they are not like you.  Do not personalize this, as they are still operating under the repressive social and cultural ideology that says women are supposed to act in ways that make others feel comfortable.  In other words it is expected that we practice the politics of respectability even today, though it is not so relevant, nor has it ever been effective in preventing sexual violence, especially where Black women are concerned. Those expectations are not only unrealistic, they are repressive. Whoever says you should have, could have, would have, that’s their stuff; your healing takes precedence. Therefore, resist the downward pull this level of rejection will inevitably cause.

You will experience backlash and public scrutiny for airing the Black community’s dirty laundry.  Unfortunately, our community continues to hold onto an ethic of silence and false loyalty to harm-doers who dehumanize us, and themselves. Ours has proven to be a community which refuses to admit that sexual assault is rampant that it happens to us, in our churches, in our homes and on our historically Black Colleges and University campuses.  Collectively, we all strive to distance ourselves from images, rumors and stereotypes invented to construct our identities for us.  Sexual assault reminds Black communities that some of our people are fallible, imperfect, and yes, violent.  Sexual assault reminds Black communities there are those who will choose to rape us and that we all, at some point will run out of excuses for not acting, for not holding each other accountable.

You will most likely be blamed for incriminating a set of pristine and promising Black men.  Folks will even go as far as to say you’re aiding and abetting the systemic and intentional mass incarceration of these Black men.  But through it all, be clear about this:  you have a right to protect and defend your body, your self, and you have a right to speak against sexual violence.

Our work here at Black Women’s Blueprint has been to act and speak against the very sexual violence too many of us have endured within our own communities.  We’re constantly writing, responding to fighting words on behalf of women and girls who are survivors of rape, defending our right to dignity, to safety and demanding harm-doers be held responsible, repositioning the blame on the rightful parties—actual harm-doers, ill-defined masculinity, power and privilege and rape culture.  The work is ongoing and relentless. We’re committed to doing this for all of us. We’re committed to repeating the call for justice, to repeating the demand that each person act to end rape and rape culture beyond the twenty-one times scientists say it takes for a message to be internalized by a learner, by members of our communities, campuses,  and by families where we should be safe.

It is unfortunate that we live in a society where Black men still rely on the conquest of Black women to affirm and reaffirm their value, manhood, and existence.  Within this context, rape is an abuse of power. It is disheartening and is indicative of a much more difficult and deeper issue to address: the internalized oppression our brothers have failed to uproot even as they benefit from one of the premier institutions of education for Black men.  The true embarrassment is that these young men are not being taught that the possibility of their existence should not include within it, the domination of another, let alone the domination of their Black sisters.  However, that is the history of America. It is the template from which we all live and exist because many of us have not done our work.  Clearly, the work has not been done. This recent incident is a constant reminder that no one will teach our brothers and sons about the rights of Black women and girls and no one will come to our defense, but us.

For that, we offer you the armor of Black feminist sisterhood whether or not it has come from anywhere else.

For this, we will mobilize on your behalf and on behalf of the millions at your side.

Sister, you may be about to embark on one of the toughest battles of your life.  You will need to summon the souls and spirits of your ancestors and cloak yourself in the warrior ethics of our foremothers.

We respectfully speak your name Sister.  You are brave, worthy, and have sisters in the movement to end sexual violence against women and others who are targeted with frequent regularity.

There will be days when you don’t feel like fighting and that’s ok.  You have a multitude of people worldwide behind you, at your left and at your right, in front of you and for sure under your feet as you stand on the shoulders of the fiercest warriors whom across centuries have fought to end sexual violence.

We FIGHT for you and for us, until there is peace.

With militant and abiding love, 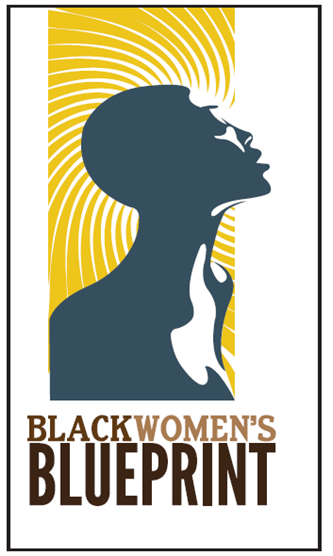 This written piece is a collaboration between Kalima DeSuze, Nicole Patin and Farah Tanis on behalf of the members of Black Women’s Blueprint. Black Women’s Blueprint is a national Black feminist organization founded by Farah Tanis.  It is committed to amplifying the voices of women of African descent in all their diversity. It provides the personal and political spaces as well as the resources needed for women to engage in intersectional advocacy at the grassroots and societal levels. The organization’s flagship initiative is its Truth and Reconciliation Commission on Sexual Violence In Black Communities. We work to end Rape/Sexual Assault in Black Communities and on Historically Black Colleges and University Campuses (HBCUs). Our Truth Commission combines civil and human rights research using a critical participatory action model, engages in documentation including oral history, community organizing and aggressive public education to prevent sexual assault on Black women and girls. Teach-ins utilizing film, music and dance, theater and other art-making engage men, women and gender non-conforming people in critical conversations around Black sexual politics as well as the systemic dimensions of violence against women and inspires them to action to prevent sexual assault. Black Women’s Blueprint also administers theGender Justice Fund and is home to the Museum of Women’s Resistance (MoWRe).