Spreading the Good Word: "Towards Collective Liberation" by Chris Crass – The Feminist Wire

Spreading the Good Word: "Towards Collective Liberation" by Chris Crass

Have you read Towards Collective Liberation: Anti-Racist Organizing, Feminist Praxis and Movement Building Strategy by Chris Crass yet?  Well, if you haven’t gotten around to it, put it on your reading list STAT!

I don’t often agree to do book reviews. Because I have dyslexia, it takes me a long time to make my way through a book. Then when I get around to writing a review, the book is no longer hot off the press. But this time around I really wanted to participate in spreading the good word about Towards Collective Liberation because I believe it is critical to further building our movement’s racial, gender, and economic justice thinking and practice. 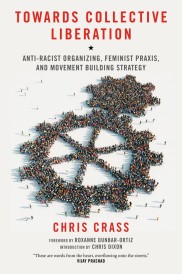 I learned so much from reading this book, but there are a couple of things that moved me and expanded my thinking.

As a long time movement builder and racial justice organizer, I have not been called to anarchist community even though much of the thinking turns me on!  Although I have deep appreciation for the economic justice/anti-capitalist analysis that I have often encountered in anarchist communities, my experience has been that anarchist efforts are predominantly white and cis-gendered male dominated.  I have often felt unwelcome in anarchist circles and that there has been very little space for feminist intersectional thinking and practice.  Towards Collective Liberation breaks it all down!  I now have a greater understanding of anarchist thinking and history. More importantly, I have as a new frame Chris’s story of awakening and struggle around gender and racial justice in an anarchist context. In a searingly direct way, Chris shares the pain and joy of struggling around racial and gender justice across some critically important anarchist efforts including his many years as an organizer with San Francisco Food Not Bombs.

On a related note, my thinking was challenged and expanded greatly by a deeper explanation of prefigurative politics.  Chris defines prefigurative politics as “the strategy of incorporating the vision of the future society into the struggle to get there. If the fight is for a democratic society, then revolutionaries must incorporate as many democratic practices as possible into the struggle to get there. Through the experience of utilizing democratic methods in the course of struggle, people build their individual and collective skills and experience to live democratically and in the process create democratic cultural values, and generate democratic practices to be utilized and improved upon.”

Throughout Towards Collective Liberation Chris emphasizes the importance of the interconnectedness between prefigurative politics, democratic processes and collective struggle. In essence, what Chris is inviting us to do is to deepen our commitment to a radical praxis that is intentional, consistent, and yet imperfect because collective struggle always is.  His message is that perfection is not the goal but rather the goal is collective learning, organizing, accountability, and liberation.  As a result, it challenged me to think about the kinds of strategies and democratic processes I need to continue building in my own life and organizing work.  Chris’s emphasis on prefigurative politics was such a powerful affirmation for me that I have begun copying whole chapters of Towards Collective Liberation and passing them out like candy to every revolutionary organizer I know.

Finally, I was deeply moved by Chris’s essay entitled “Going To Places That Scare Me: Personal Reflections on Challenging Male Supremacy.” I loved this chapter because it’s so rare to read something written by a “mostly heterosexual” (Chris’s language), cis-gendered, able bodied, middle class white man that is deeply vulnerable and direct about sexism. Chris’s understanding of sexism is personal and political and, as a result, he does not shy away from letting all of his shit hang out there.  This chapter embodies some important modeling for anyone, including myself, who is on a life long journey of intentionally examining, struggling with, and owning their privilege accountable ways.

As I said earlier, I’m not a fan of writing book reviews.  On the other hand, I am a fan of putting organizing resources, tools, and analysis in the hands of revolutionary organizers.  So here is my pitch: get your hands on a copy of Towards Collective Liberation. Buy it at your radical/feminist bookstore, get a copy from a friend, share your own copy with organizers you love, make bootleg copies, get it from your local library, donate a copy to your local library, sit on the floor at your beloved radical/feminist bookstore and read it when and if you can or read it to/with an organizer for whom reading is inaccessible.  Just do it my beloved organizers…and keep spreading the word! 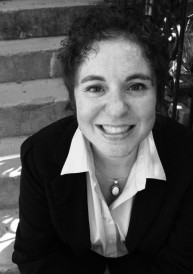 Lisa Weiner-Mahfuz is the founder ofintersections/intersecciones consulting. Weiner-Mahfuz has worked in several movements for social justice with a particular emphasis on building grassroots political power across movements, issues, identities and communities. As a capacity builder, movement builder, cultural worker and writer she has dedicated much of her organizing life to challenging oppression at the intersections of race, class, gender, sexual orientation, gender identity and disability.

Her writings can be found in Colonize This! Young Women of Color and Feminism (Seal Press, 2002), Fireweed Magazine’s “Mixed Race Issue” (Issue 75), through the Bilerico Project Blog, and a web-based project entitled BustingBinaries, which she co-authors with Ana Maurine Lara. You can also frequently catch her tweeting about a wide range of justice issues at @MovetheMovement!