Assata the Unflinching – The Feminist Wire

At the risk of running afoul of the PATRIOT act, we declare that we still love and respect Assata Shakur no matter what you say. 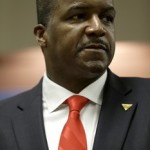 The FBI’s Aaron Ford, head of the Newark (NJ) division, announced the renewed manhunt for Assata. 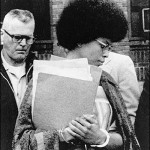 Black people are in a new nadir, and Assata Shakur comes out of a tradition of committed revolutionaries who have resisted the forces that got us there. Assata is truly a political prisoner because, as Eugene Puryear says, “what changed in the recent days and weeks to now put her on the ‘Most Wanted Terrorists’ list? The FBI presented no evidence against her and revealed no terrorist plots. Assata’s real crime, FBI spokesman Aaron Ford said, was that from Cuba she continues to ‘maintain and promote her … ideology’ and ‘provides anti-U.S. government speeches espousing the Black Liberation Army message’—an ideology and message that the U.S. government has declared ‘terrorism.'” In other words, she is suddenly a “terrorist” because she has remained ideologically committed to Black freedom.

Assata was a member of the Black Panther Party (BPP) (1966-1982) and later the Black Liberation Army (BLA) (1970-1981), when FBI and local police murders forced elements of the BPP to continue the freedom struggle underground. The time since the demise of these organizations has seen a worsening of the conditions they struggled against, including murderous police, what is now called the prison-industrial complex, and the ongoing crisis levels of Black poverty. By branding Assata a terrorist, the FBI is effectively branding the BPP a terrorist organization. 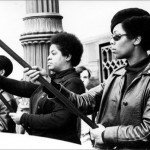 But also, more than this, the FBI engages in a revisionist history project that has been under way since the BPP’s inception, to suppress Black radical thought of any kind. What we are seeing now from your administration is a continuation of the FBI’s project to contain Black freedom struggle by only allowing those activities of Black organizations that agree ideologically with the dictates of white supremacy, organizations that never present material challenges to white domination. 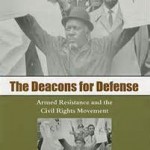 You could learn from history, but instead you fight it. When you call Assata a terrorist, your administration attempts to remove legitimacy from the tradition of armed resistance of which she is a part that has been crucial to the very survival of the Black America that, in your 2004 convention speech, you said you don’t see. How true that turned out to be. You don’t see us. Your renewal of the attack on Assata assumes there was no basis for Black self defense at the moment Assata emerged as a leader, or today. This assumption clearly runs counter to the narrative of American history as most Black folks understand it. Throughout our history, from the Maroon societies of slavery, to the Rosewood Massacre in Florida and the Tulsa Race Riot in Oklahoma, to Robert and Mabel Williams in Monroe, North Carolina, up to the Jena Six and countless other little-known incidents, we have repeatedly had to physically resist where the state would not protect us or was actively joining mobs in persecuting us. To label Assata a terrorist is to call a whole long legacy of armed Black resistance terrorism, when, in fact, we were resisting terrorism from violent white mobs, the Ku Klux Klan, the police, and others. We already know that we would never have survived if we had not responded when attacked, regardless of the odds of victory. 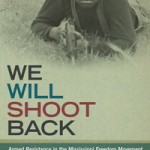 Professor Akinyele Umoja’s new book, We Will Shoot Back: Armed Resistance in the Mississippi Freedom Movement, proves that armed resistance was crucial to the success of the Civil Rights Movement.

And Black people aren’t the only ones who are aware that we have had to engage in armed resistance just to survive. Even traditional historians teaching in bastions of state power have been studying Black insurgency and “the importance of armed self-defense groups to the [Civil Rights] movement’s ultimate success.” That quote comes from the US Army War College description for a course called American Insurgencies: The Struggle for Black Liberation in the South, 1865-1965. Although one would probably be hard-pressed to find such a course at most Historically Black Colleges and Universities (HBCUs), let alone other schools, it appears that the army sees fit to study that history and acknowledge the ongoing necessity of the tradition of Black armed struggle. 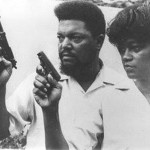 Robert and Mabel Williams, advocates of Black self defense in Monroe, North Carolina, are part of the long tradition of Black armed resistance.

It is not hard to see where this is headed. If it is considered “terrorism” to resist murder by corrupt police departments, as Assata has, and if one can be branded a terrorist without evidence proving conclusively that one has committed or intends to commit a crime, then your administration, or subsequent administrations, have granted yourselves unchecked powers to respond to Black folks’ demands for basic human rights and social justice not only with infiltration, wiretaps, killer drones, and SWAT teams, but also, as insidiously, with high school and college history books that whitewash the Black experience. Not only will your branding of Assata cast her out of the history books. So, too, the Panthers; the brave residents of Rosewood in Florida and “Black Wall Street” in Tulsa, Oklahoma; and Robert Charles of New Orleans–people who had to use weapons to resist lynch mobs that were prepared to torture, rape, murder, and mutilate– will become as illegitimate as the right wing has tried to make ethnic studies in Arizona. 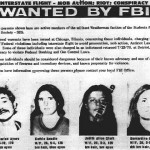 (And, President Obama, where would you be now if the authority you have granted yourself to assassinate without trial anyone who associates with “terrorists” had been wielded against you for your association with Bill Ayers?)

The problems Black folks face are not just that the police are shooting us down every 28 hours; there are also ongoing crises like gangsterism, pimping, and rape culture; the proliferation of drug economies; and homicidal violence in Black communities all across the United States. But even here, the police have cultivated antagonisms between gangs and provided material support to drug dealers in Black communities. Journalist Gary Webb’s series of articles for the San Jose Mercury News and his book exposed “Freeway Ricky” Ross as a collaborator with CIA operatives Danilo Blandon and Norwin Meneses in introducing crack cocaine in the Black community, and Ross has expressed deep regret for his role in the crack epidemic. Drug dealer-turned-fugitive Larry Davis maintained until his death that NYPD officers forced him to sell drugs for their profit.

Geographers Mike Davis and Ruth Wilson Gilmore have shown how the LAPD sabotaged peace negotiations between rival gangs like the Crips and the Bloods. And let’s not forget criminal enterprises within police departments operating in Black and Latino areas, including but not limited to Chicago’s torture scandal, Los Angeles’ Ramparts scandal, Richmond, California’s “Cowboys,” and Oakland’s “Riders,” to name only a few. These were gangs of police that engaged in various criminal activities, including racial profiling, drug trafficking, brutality, torture, murder, and more. Black folks know these are hardly isolated incidents; they are structural inevitabilities. Police are the ultimate terrorists of the Black community. 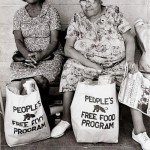 Two women show their participation in one of the programs that FBI director J. Edgar Hoover said made the Black Panther Party “the greatest threat to the internal security of the country.”

The BPP and BLA arose organically from the young Black masses in response to a range of problems affecting the Black community, problems that police often exacerbated and the state neglected. The BPP and BLA’s practices and ideological commitments addressed those Black masses, young and old, and rightly understood that Black people treating each other right was of paramount importance in resisting the police-imposed social death of the Black community. This included addressing criminal activities that harmed the Black community, activities that the police often encouraged and profited from. As Assata’s fellow revolutionary soldier Dhoruba bin Wahad points out in his essay on the execution of Stanley Tookie Williams, “The rise of street gangs directly coincide[d] with the destruction of grass root militant movements that would have otherwise occupied the energies of several generations of African-American youth.”

Tookie Williams [a founder of the Crips gang who later renounced the criminal life and dedicated his biography to several Black revolutionaries] was executed to send a clarion signal to African youth that redemptive militancy is unacceptable – only rejection of your social history and complete surrender to the myths of white America could possibly save your life. In this sense, his execution was a commentary on the cowardice of many of today’s Black leaders – who want to be both patriots and champions of Africans in America. This is the age of American empire, you can’t be both.

Unlike Tookie, Assata does not have any redeeming to do; she has worked tirelessly to improve conditions in the Black community. But, as Tookie did toward the end of his life, Assata maintains her militant stance to this day. That must be why you feel it necessary to eliminate her. Assata Shakur is a hero to a significant number of people. But few people in the mainstream media are saying why the state has placed her under attack in a brand new way. And people need to understand this: It can only be because she remains consistent in her opposition to the ways US civil and political society destroy Black life. 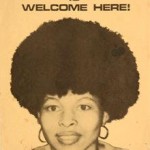 Assata struggled and struggles against the terrorism of neo-slavery directed against Black people. We encourage those holding it down for Black liberation to keep struggling, like soldier’s must do, and like Assata has. In doubling the reward for the re-enslavement of Assata, you lessen your legitimacy among Black people and all those who want freedom. You place yourselves on the wrong side of history. And you will lose. We won’t give up on Assata because she has never given up on us.

Gregory L. Caldwell is a Ph.D. candidate in the History of Consciousness program at UC Santa Cruz, and a community activist and writer from Richmond, California. 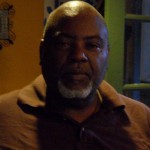 Omar Ricks is a member of The Feminist Wire’s Editorial Collective. 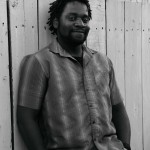