Are Men to Be Trusted? Thoughts on Sexual Assault and the Chain of Command – The Feminist Wire

Home / Military / Are Men to Be Trusted? Thoughts on Sexual Assault and the Chain of Command

Are Men to Be Trusted? Thoughts on Sexual Assault and the Chain of Command

This week brought the startling news of the arrest of Lt. Col. Jeff Krusinski, the officer in charge of the Air Force’s effort to eliminate sexual assault within the ranks. His reported crime? That he sexually assaulted a woman in a parking lot.

The woman fought back and left visible scratches on Krusinki’s face, which can be seen clearly in his mug shot. 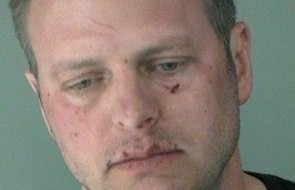 Hold on. Let me make sure that I understand this correctly:  the man who is supposed to be helping people–women–who serve in the United States Air Force to stay safe from sexual assault was himself arrested for doing just that?

Is it any wonder that the last set of numbers of sexual assaults released by the U.S. Air Force shows that the issue remains a huge problem for women who serve — that they are still not safe from their “brothers in arms”?

1. Are men really the best people to be trusted with keeping women safe?

This is a difficult question to ask, and as a man it does not feel good to paint my own gender with such a wide swath. But the numbers don’t lie. Men are responsible for the vast majority of sexual assaults. We are responsible for the vast majority of all violence, period.  Domestic violence. School shootings. Terrorist acts. Child sexual abuse. Rape. Are men really the best people to be put in charge of keeping other people, and especially women, safe — when so many men in positions of power have themselves proven, over and over again, to be unsafe?

Male sexual assaults in the chain of command are not just limited to the United States. In 2010, Russell Williams, a Colonel in the Canadian Air Force in command of a major RCAF base in Ontario, was arrested for the rape and murder of two women and for the rape of two other women. He is also suspected of committing hundreds of other break-ins into women’s homes. If this is happening in the Air Forces of United States and Canada, then you know it’s happening worldwide.

I am focusing only on the Air Force here, but there is no reason to believe that it is any worse than the other branches of the military. They are all pretty atrocious when it comes to mistreatment of women, and particularly women of color.

And it is not just in the military where men mistreat women. Just think: if you could isolate the largest single characteristic that most violent people share, wouldn’t you do it? Well, we can, and it’s gender. It’s that we are men. And maybe it’s time that we all took that fact into account when we think about just whom we should put in charge of any of our safety programming.

2. What is the proper role for men in working for women’s safety?

On Tuesday, President Obama sounded a strong message about combatting sexual assault in the military, saying: “The bottom line is, I have no tolerance for this.  If we find out somebody’s engaging in this stuff, they’ve got to be held accountable, prosecuted, stripped of their positions, court-martialed, fired, dishonorably discharged — period.”  And it is wonderful that this issue is on Obama’s radar.  But if the United States military is to be effective in these efforts, it is going to have to discover for itself something that anti-rape activists have known for decades: that reducing sexual assault is not just about stopping specific bad acts done by individual bad men.

Rape and sexual assault are about power. They are about the relative positions of men and women in society. And here’s a simple truth: women will continue to be subject to men’s sexual violence as long as women remain socially and culturally acceptable targets of such behavior.  Lt. Col. Krusinski would not have grabbed that woman if his brain had not on some level — no matter how inebriated it was — connected with the fact that in our society, women’s bodies are literally up for grabs. In a sexist society, men grope women because women are still seen as grope-able beings.

A key part of the solution to violence against women is women’s empowerment. So why the hell does the U.S. Air Force have a man heading up the effort to end sexual assault?   As Gloria Steinem once famously said: “Power can be taken, but not given. The process of the taking is empowerment in itself.” Men can be allies in women’s empowerment. But only allies. We cannot be the leaders of that effort. And if women are required to depend upon men for their own liberation, well, then Hell itself will be long frozen over before women achieve true equality.

3. What is being done to eliminate all forms of sexism throughout the military?

Sexual assault is just the vicious tip of the iceberg. It is the brutal acting out of a culture that despises and denigrates women, an act that is surpassed possibly only by femicide.

I once spoke with a woman who flew in cargo planes for the U.S. Air Force. She was the only woman on her crew. Whenever she would go to relieve herself, the male pilot would bank the plane so sharply that the woman would spill urine all down the leg of her flight suit.  This was his way of letting her know that he thought that women simply did not belong aboard military aircraft. It was a humiliating experience for her, and she had no one to complain to.

Until the U.S. Air Force eliminates all of these kinds of “minor” instances of sexual harassment — acts that are specifically designed to remind everyone of women’s second class membership in the armed forces — then they will make scant headway in combating sexual assault.

The atrociously high rate of sexual assault within all branches of the military, and the huge numbers of American servicewomen returning home from combat zones reporting having been raped by their male comrades, show that not much has changed in the masculine supremacist culture of the U.S. military. And, of course, these issues disproportionately affect women of color; while approximately 15% of active-duty personnel are women, 31% of military women are Black. White women make up just 53% of active-duty female personnel, whereas white men make up 71% of active duty male personnel.

Every single woman who serves in the United States military deserves the respect and the support of the men with whom she serves. It is unacceptable for any woman to experience harm at the hands of her comrades. Obviously, what we are doing isn’t working. So perhaps it’s time men stepped aside so that women can take the lead in these efforts and there can finally be justice for women in uniform. 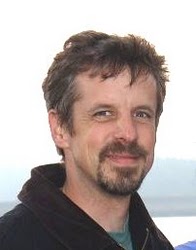 For over 20 years, Bill Patrick has been working to support feminist community-based organizations that try to help to reduce sexual and domestic violence.  As a male ally, he has partnered with shelters for battered women, women’s self defense programs, and rape crisis lines. His Ph.D. dissertation explored how men’s limited emotional repertoire is implicated in their abusive behavior in relationships. His paid career has been spent moving back and forth between counseling and teaching roles. He has worked with male survivors of childhood sexual abuse, researched and analyzed batterer intervention programs, run a supervised visitation center aimed at serving the needs of battered women who had orders of protection, and has taught several university level courses on men and masculinity.

Bill writes a profeminist blog (www.billsprofeministblog.blogspot.com ) that is also cross-posted on xyonline.net, the web’s largest resource for profeminist men. Throughout his years of working with men and boys in various psychotherapeutic, educational, and social justice contexts, Bill has become increasingly convinced that using a feminist-informed approach is the only truly effective and compassionate way to work with men and boys, and that the struggle for women’s equality will ultimately free us all.

Bill currently lives in Eastern Canada with his partner and their five year-old daughter – both of whom are strong feminists!