Op Ed: An Open Letter to the Mainstream LGBT Movement – The Feminist Wire

Op Ed: An Open Letter to the Mainstream LGBT Movement

In a recent advertisement for a local “Give Out Day” event, the organization, South Carolina Equality, asserted that only five percent of lesbian, gay, bisexual and transgender (LGBT) persons give money to LGBT causes. As an LGBTQ-identified person and a white ally within anti-racism movements, I take major offense with the inclusion of that statistic in the advertisement. The advertisement proves emblematic of systemic, national developments within the narrowly focused LGBT movement. Mainstream LGBT organizations like the Human Rights Campaign (HRC) and South Carolina Equality need to pause and consider why LGBT persons might be unable or unwilling to financially support organizations.

In a recent ColorLines article, Imara Jones effectively encapsulates the qualms that many LGBTQ-identified persons have with the co-opting of our movement by a privileged few. More than half of LGBT people in the U.S. are women; and black Americans, Asian Americans and Latinos make up a greater proportion of those identifying as LGBT than do whites. LGBTQ-identified Americans are 30 percent more likely to have low-income jobs than the general population and are less likely to have high paying jobs than workers as a whole.

Contrary to what the popular media representations might have you believe, not all LGBTQ-identified persons are upwardly mobile white cisgendered males. By neglecting to undertake an intersectional approach, organizations like South Carolina Equality and HRC render large swaths of LGBTQ-identified people invisible.

Although I have limited financial resources, I have been donating small amounts to organizations like Southerners on New Ground (SONG), the National Black Justice Coalition, and Applied Research Center. These organizations, I believe, are doing really important, intersectional work on LGBTQ equity. In some cases, marriage equality is still a part of the platform, but these organizations are also working effectively on HIV/AIDS funding, employment discrimination, anti-bullying and anti-violence initiatives.

I certainly believe that same-gender couples should have access to marriage. But I wonder why we are choosing to value certain types of relationships and family structures over others. What about single parent households or multi-generational households? What are the consequences for LGBTQ couples who choose not to get married or who simply do not fit the nuclear family mold?

In closing, I would challenge the LGBTQ equity movement to reconsider its focus on marriage equality. Don’t expect critically-conscious LGBTQ persons and their allies to financially support organizations if they do not reflect the diversity of our communities and our concerns. 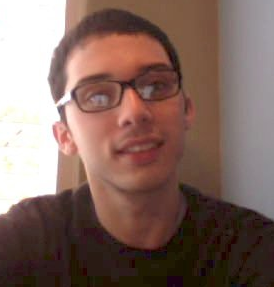 Benjamin Fisher has a Bachelor of Arts degree in Journalism and African Studies from Emory University in Atlanta, Georgia and is currently working on his Master of Arts in Gender Studies from Queen’s University in Kingston, Ontario. He recently moved back to Columbia, South Carolina to work on his long-distance thesis project, which focuses on coalition building and intersections between movements for LGBTQ justice and racial justice. He has recently signed on as a production assistant to the fabulous Cynthia Hardy for her progressive radio and television show OnPoint! With Cynthia Hardy. In his spare time, he enjoys running, writing, reading, singing Mariah Carey songs at the top of his lungs, supporting the arts, and involving himself in progressive activism.