10 Ways Men Can End Violence Against Women – The Feminist Wire 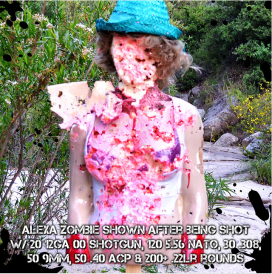 As I checked my Twitter feed on the morning of Tuesday, April 30, 2013, I expected to find mostly depressing news, as I follow folks who speak out about Violence Against Women. What I found was even more disturbing than I had anticipated.  I read several tweets about an “Ex-Girlfriend Target” that bleeds when shot.  I clicked links to articles written about this and what I read was deeply troubling.

As I continued to read more responses to the target, I found myself moving from total disappointment towards anger, an emotion that I’ve been intentional about not expressing in unhealthy ways since entering the Men’s Anti-Violence Movement.

This target that was being sold online is obviously terrible for many reasons. Ultimately, it supports a hierarchy where men are in power and use women as target practice to keep our stronghold over them.

Zombie Industries, the producer of the “Ex-Girlfriend Target,” is encouraging men to take out their anger with actual guns on targets that look like women while they imagine their ex-girlfriend’s body in one of the most overtly violent acts. Preparing oneself to feel pride, relief, maybe even happiness as a simulated human is bleeding after it’s filled with bullets encourages femicide, domestic violence, and a hatred for women and girls.

Due to severe public backlash, Zombie Industries recently stated that it will redesign its shooting target to have green skin to differentiate it from a real woman. But this minor alteration only demonstrates their inability to recognize the gravity of gender violence. According to The Huffington Post, CEO Roger Davis said that Zombie Industries is sorry if the company offended anyone with the target and disappointed that “people’s feelings were hurt.”

As Monica Casper, Professor of Gender and Women’s Studies at the University of Arizona, noted, “Hurt feelings are not the problem here; structural violence is the problem.”

If it isn’t clear yet, violence against women directly hurts men, too. We are trained to allow our bodies to be tools to perpetuate cycles of violence and contribute to a system that not only remains silent about, but actually celebrates and makes games out of killing women. Living in a culture of violence produces men and boys who can’t express real emotions other than anger, stripping us of the full potential of our humanity.

So I’m going to offer some advice based on a novel thought: Most men and boys are not okay with violence against women. Though some might not be at the stage where they regard this particular “target” as “bad,” I’m willing to vouch for the majority that are ready to do something. Step one, of course, is to never buy something that encourages gender violence. Outside of that, I’ve put together a list of ten more tangible things men can do to actively take a stand against violence against women. It’s time we put an end to all forms of violence and step up as a community.

1. Communicate. One of our largest problems is that we do not talk. No one is a mind-reader. If we talk with our partners, we can understand each other’s wishes, thoughts, and desires. Consent should never be assumed.

2. Educate Yourself. There is lot of information on Domestic Violence that we ought to learn and understand. “1 in 4 women will experience domestic violence in her lifetime,” “1.3 million women are physically assaulted each year in the US,” and “every 2 minutes, someone in the U.S. is sexually assaulted” are all undeniable statistics, and need acknowledgement and continuing press coverage.

3. Contribute. We ought to give our time, thoughts, and even monetary donations to helping stop all forms of violence against women. Assistance is always needed, and there are many ways for us to get involved and support the cause.

4. Support Victims/Survivors. We can be there for those who have been victimized by domestic violence or sexual assault. This might mean driving someone to the hospital, accompanying a victim to court or the police station, or even just sitting and listening to the survivor.

5. Organize. As men, we can create or join a movement against DV.

6. Act. Rather than watch abuse happen, we can take a more proactive role and become empowered bystanders. This means standing up, speaking out, intervening in potentially harmful situations, or alerting others for assistance. There is always something we can do.

7. Choose Words Thoughtfully. We must understand the impact of our language and the words that we use. Using words like bitch, ho, and slut to describe women makes it easy for our whole society to view women as inferior.

8. Talk with/listen to Women. Women have spoken out for decades, trying to spread awareness. It is time to have those conversations with women and learn their thoughts about living with threats of violence on a daily basis. We can also find out ways that we can support women best.

9. Talk with Men. We can engage in dialogue with other men about how domestic violence has impacted their lives. We can explore feelings and the costs of being regarded as potential perpetrators of violence, while learning how to best support male-identifying survivors. Talking with other men will also allow a space to discuss ideas on how to challenge and stand up against domestic violence.

10. Lead by Example. Never disregard, excuse, commit, or remain silent about any violence, and particularly that against women and girls. We can be role models for other men and boys in our communities. We can teach our children to be respectful and never abusive toward women. We can be good fathers and equal partners in our relationships.

If you are interested in supporting men as allies in ending violence against women, here are few organizations worth exploring:

A Call to Men 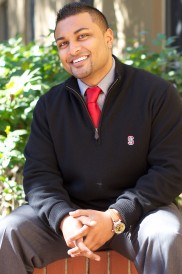 Sacchi Patel, M.S., currently works as Manager of Education and Emergency Response at the Stanford University Sexual Assault & Relationship Abuse Education & Response (SARA) Office. He is also the Co-Founder of MasculinityU.com, A National Movement to Engage Men and Boys in Violence Prevention.