I am an East African Girl. A couple years ago, one of my friends told me that being an East African meant I’m not really black. A visibly mixed-race girl with a “high yellow” complexion and sandy brown hair telling me I’m not black didn’t sit well with me. I wanted to tell the girl, in the words of CB4, I’m black y’all. I’m black like the back of Forrest Whitaker’s neck. I’m black like Snoop Dogg’s lungs. I’m black like some Helvetica font against a white backdrop trying to sell you stuff.

I’m a black woman. But my nose, my loosely coiled curls and my fivehead make me black in a way that extends the colorism debate, creating this hierarchy of aesthetic value where I’m not just black, I’m also acceptably black. 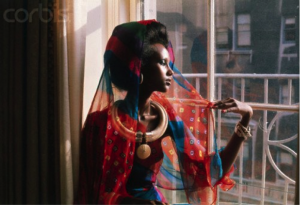 Back in the day, white people went to East Africa to find Iman, their acceptable black girl. When white people did this, former Essence Editor-in-Chief Marcia Gillespie called East African model Iman Abdulmajid “a white woman dipped in chocolate,”  highlighting Iman’s acceptable blackness while also lamenting the fact that black women’s beauty is often measured in their proximity to whiteness.

Two decades later, Bill Cosby in his “Ask the Ethiopian”  speech said African Americans should aim higher than menial jobs because menial jobs are for “Ethiopians,” i.e. immigrants, i.e. The Other. Marcia and Bill emphasized the otherness of East Africans like we’re not black, too, which is why I’d like to tell Bill: please let us, East Africans, have all the menial jobs. But in accordance with Marcia Gillepsie’s criticism, make sure those shitty jobs aren’t jobs where the way we look will inspire racists to pat us on the back and deem us more respectable or better than other black people. This is what the fashion industry notably did with Iman.

East African Girls, Iman included, take part in a system that marginalizes and limits other forms of aesthetic blackness. Every image of Iman or Yasmine Warsame or Liya Kebede reinscribes white beauty through black beauty. Reinscribing white beauty through black beauty has always been with us, but in recent years it has inspired rappers to reference East African Girls like we’re the 49th Law of Power, predictably denigrating black women who lack acceptable blackness in the same tired ways.

The first rapper I remember rhyming about East African Girls was Nas. In “The Set Up,” a song from Nas’ “It Was Written” album, Nas raps, “They thought the hoes were Somalian.” The “hoes” in question are “two fly bitches, Venus and Vicious.” On his latest album, “Life Is Good,” Nas references East African Girls again, in a party song called “Summer” ft. Miguel and Swizz Beats.

East African Girls have been referenced in several other songs: Wale’s “No One Be Like You” (“Somalian women, Ethiopian queens/Never could tell the difference, I just know that you mean”) and “Hold Yuh Remix” (“I’m lookin’ for an Ethi-Somali here beside me”); Tinie Tempeh’s remix of Drake’s “The Motto” (“My bitch booty bigger than a fucking Eritrean”); Common’s “Celebrate” (“Exotic broads lobbyin’/Spanish, Somalian”); Drake’s “Where To Now” and Kendrick Lamar’s “Poetic Justice” ft. Drake.

In “Poetic Justice” by Kendrick Lamar ft. Drake, Drake does it again: “I was trying to put you on game, put you on a plane/Take you and your mama to the motherland/I could do it, maybe one day/When you figure out you’re gonna need someone/When you figure out it’s all right here in the city/And you don’t run from where we come from.” But couched between another lazy description of a faceless, nameless East African Girl, and Drake’s assertion that that East African Girl is busy ignoring him for another man, is a story of afrodiasporic identity, which is what sets Drake apart, narratively, from other rappers. 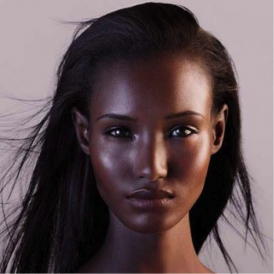 When one does a cursory Twitter search of Drake’s “East African Girl” lyrics, fetishistic things are tweeted by Drake fans, most notably East African Girls themselves. “Poetic Justice” functions, on some level, as a false empowerment anthem, a Song For East African Girls. There is a pleasure many East African Girls I know derive from hearing men, particularly Drake, talk about us to a larger supposedly authentically black population. A pleasure teenage me would no doubt indulge in, too. It’s a reiteration of our own myth that when God created humanity, he started with the Somalis, Ethiopians and Eritreans first— borne out of us is whiteness and blackness. It’s unscientific but when you’re a teenage girl, especially a young East African Girl, there’s no science needed to justify supremacy or fetish, and where those two things interplay.

East African girls are generally not mixed race, yet this idea that we are is deeply embedded in the minds of white racialists, leading some to believe we’re an entirely different, special, exotic breed of people. This goes back to the pseudoscience of Carleton S. Coon’s “The Races of Europe.” Anthropologists and white racialists, which are often one in the same, have been claiming we are of majority Arab or white or “Afro-Asiatic” descent for years. And while that isn’t the sentiment of Drake or Nas’s lyrics, our alleged mixedness underpins their lyrics by virtue of the sheer selectiveness of the East African Girls shouted out in hip-hop lyrics. When Drake or Nas reference East African Girls, it can be easily inferred that they mean Cushites representing the Horn of Africa (Ethiopia, Eritrea and Somalia). “Cushite,” a term derived from “Cush” of the Hebrew Bible and Quran, is in reference to our shared “Afro-Asiatic” language classification, which is often mistakenly typified as a shared racial identity. This little mistake triggers a big mistake: the conflation of biology and genetics with race and ethnicity as a social fact, which reifies the racial categories.

One of the most popular threads on Niketalk.com, a sneakerhead forum, is called, “African Women Appreciation Thread: ‘Young East African Girl/Thoroughbreds.” A commenter in the forum who goes by Macc E-Money claims he was deprived of “beautiful African women,” and wasn’t able to procure a Somali “thoroughbred” until he left his home state of Michigan. Macc E-Money references Drake’s “Young East African Girl” lyric, presenting black beauty in a limited way and privileging East Africans over other Africans while passing it off as an appreciation of African beauty.

The lines between acceptance, fetishism and exoticism are blurry. It would seem that the primary distinction between black (North American) men, East African men and white men exoticizing East African Girls is that for many white men and even some East African men, the exoticism is firmly rooted in a belief in the racial categories—a belief that race is biological when it is in fact social, and a fetishization and romanticism of our Arab World ties and colonial past. For a lot of black men like Drake, it’s way less insidious. At best, it’s a misguided reinscription of the white standard of beauty through acceptably black women. At worst it’s intra-racial discrimination. Usually, it’s a combination of all these things but if representing, hyping and esteeming women with acceptable blackness is good for all girls—Trickle Down Acceptability, if you will— then we’d probably live in a post-racial world where fairies and dragons and Tupac populated the earth. 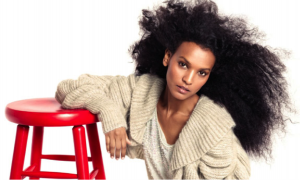 Sadly, we live in a racist, sexist world where black men and white people can hurt black women in the same ways. Black women hurt black women, too, but differently: we don’t have each other’s back. Those that see themselves represented in the lyrics and the videos, accept it without questioning it. And those who lament the overrepresentation of East African Girls, frequently fail to realize that the “Young East African Girl(s)” of Drake’s lyrics are like all women of color; they are objectified and male-gazed upon in hip-hop. These women are mythic, “exotic” generalized by rappers as the ambASSadors of their ethnicity or nationality. We are an idea rooted in a scant and skewed example— a token— from Drake’s own lived experience, mixed in with a little bit of mainstream imagery and a history that isn’t even our own.

The over-representation of East African Girls cannot be separated from broader media representations of acceptable blackness. Broader representations that, in the 90s, brought us acceptable black women like Tatyana Ali, Stacey Dash, Chilly of TLC, etc.; the biggest face today being Scandal’s Kerry Washington. It’s no wonder Kendrick Lamar believes there is a balance issue. Kendrick cast Brittany Sky, a black woman, as his love interest in the video for “Poetic Justice.”  Brittany Sky is a black woman who is neither East African or light-skinned, however she is every bit as acceptably black as Iman. It’s Drake’s love interest—or rather, sex interest— who is actually balancing representation. But she is who Drake is having sexually for that night, not who, as the video and the lyrics suggest, Drake wants; Drake wants the East African Girl he’s talking to on the phone. Drake is talking on the phone with the East African Girl while his sex interest is splayed across the bed, naked. Thus, even within the video there is a hierarchy. There’s a specific depersonalization and objecthood of the non-acceptable black woman’s body. The non-acceptable black woman is granted zero agency, and rendered the least desirable in a video that is supposedly progressive.

There is nothing progressive about acceptable blackness. There is, however, something progressive about Drake and the internal conversation he seems to be having in his music. When Drake raps about this East African Girl as he is talking to this East African Girl on the phone, he is also talking with other black people. He is having a conversation with Marcia Gillepsie and Bill Cosby and me and that girl I used to be friends with who said I wasn’t black. This conversation requires context that can’t be reproduced for an American audience with limited knowledge of the nuances of blackness. This conversation cannot translate externally, hence the phone. The video begs for the consistency of our transmuted presence but the direct presence of an East African Girl wouldn’t make sense to an audience that doesn’t understand Drake’s specific location in the diaspora, what diaspora is, or who East Africans are. 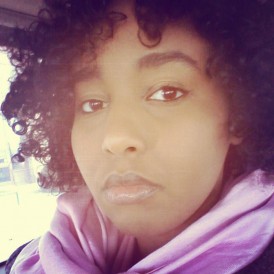 Safy-Hallan Farah is a writer and undergraduate student at the University of Minnesota. She blogs at Fatwas and Fanboys and tweets at @SafyHallanFarah. Safy-Hallan Farah has written for Geez Magazine, This Recording and Gawker, among other places. Currently, Safy is co-editing Sad Pretty Girls, a collection of art and writing which seeks to explore diasporic identity through a millennial and feminist lens.