Confessions of an Anglo Mariachi Musician – The Feminist Wire

Confessions of an Anglo Mariachi Musician

By Maura Jennison-Obenshain on April 2, 2013

When my partner’s father, Saul, first played for me a recording of ranchera singer Miguel Aceves Mejía, I instantly fell in love with his voice. Miguel is famous for his use of falsetto, the vocal range above the modal (speaking) range. Using falsetto in singing is far more impressive for men because the jump is perceived to be more difficult than women’s vocal range. One of the first songs on which I heard Miguel use his famous falsetto was the tune El Pastor, and I was hooked. 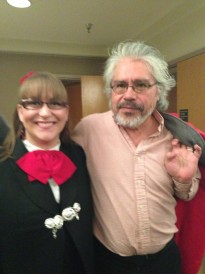 Saul introduced me to the greatest hits of other famous Mexican singers, too: Chavela Vargas, Vicente Fernández, Lucha Reyes, and Lola Beltrán. These artists and their music sparked my interest in learning mariachi. As a musician, I’m always looking to learn new techniques and styles, and this was a great opportunity to expand my knowledge of Mexican music, and by virtue understand a bit more about my partner’s family and culture.

As a trumpet player who also happens to be a woman, I have often experienced pushback from men, especially in competitive settings regarding such issues as chair placement (where each player plays a designated piece of music to determine which “chair,” or part, you play) and in marching band. I do recall one instance in college when a fellow trumpet player told me that as the first chair in the concert band, he thought I was not good enough to also play first part and “invited” me to move to second so his friend could play first with him.

Of course, I was flabbergasted. I scolded him for thinking that he could act on behalf of the professor who had placed us all in the parts based on our performance of the chair test. I remember telling him that if the professor really wanted me to switch parts halfway through the semester, he would have said something to me instead of allowing another student to bully me. Funnily enough, the rehearsal immediately after the male student’s confrontation was the best I played all semester.

The occasions on which I have felt the need to “prove” my worth happen more frequently in my role as a trumpet player than in any other aspect of my life, creative or otherwise—even academia.

When I decided to study mariachi trumpet, I knew I was in for some real competition and possibly some knee-jerk reactions along the lines of, “What is that white girl doing here?”

When I moved from the small town of Petersburg, Indiana, to Arizona in 2005 to attend college, I relished the myriad cultural experiences that were now available to me.  It was as if I could finally grow into the person I was always meant to be amidst this new Southwestern backdrop. 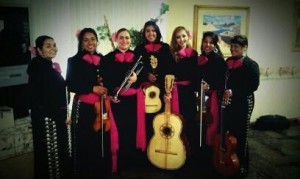 My partner comes from a Mexican family. He speaks fluent Spanish, and being with family is more than enough reason to throw a fiesta. Sometime after being introduced to mariachi music by Saul, my own father bought me an instructional book of mariachi music for trumpet and told me about a local group that was looking for a trumpet player. I have always believed that the best musicians should be versatile and quick to adapt to anything new—just like in life.  How much different would this world be if we were not afraid of new things but instead met them with a child-like desire to learn more about them? What I have discovered in mariachi is an incredibly inviting culture that was as willing to share with me as I was to learn.

It should come as no surprise to TFW readers that here in Arizona, we have a problem with cultural acceptance. Politicians and lawmakers bully our Latino/a population in the name of immigration reform, and thus there is hesitancy on both sides of the cultural spectrum to open up and get together. When I contacted my now-friend, Ivonne, about joining her new, all-women mariachi group, I could understand her initial reluctance to allow me to participate: I don’t speak Spanish especially well, I haven’t been playing mariachi style very long, I didn’t know the standards that would be required at each performance, and I didn’t have a traje (mariachi suit). Yet, Ivonne was open to letting me attend the first practice to “get my feet wet,” and it was the best thing musically to happen to me. 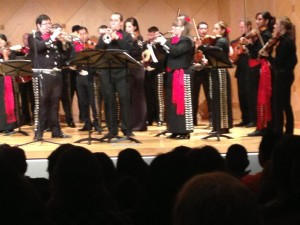 I had a similarly welcoming experience when I joined the Arizona State University mariachi. There was initial hesitation from some other trumpet players, most of whom had many years’ experience in mariachi, and all of whom spoke fluent Spanish. I don’t want to presume their first impressions of me, but I sensed they were confused as to why I—a white girl—wanted to be a part of something not typical to my own cultural upbringing, coming from a characteristically middle-class, white, Midwestern family.

As the semester progressed, they opened up more and I became more confident, which allowed us to hone our skill and develop a cohesive sound as trumpet players. I like to think I earned their respect as both a trumpet player and a mariachi musician. And maybe, perhaps, as a woman.

I certainly plan to continue learning the mariachi style and playing wherever and with whomever I can. There may still be some initial hesitation, but I believe if I remain open and willing to absorb the mariachi culture into my life, that cross-cultural acceptance on both sides may be achievable. 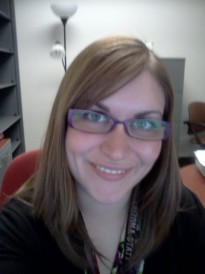 Maura Jennison-Obenshain is a master’s student in the Social Justice and Human Rights program at Arizona State University. Her research interests include border justice, migration movements, immigration, and music as a form of social protest. She plays trumpet, trombone, and baritone in the group Jellied Brainz and trumpet with Mariachi ASU with occasional appearances with other Mariachi groups in Phoenix.

Related ItemsArts & CultureCultureMariachiMexicoMusicPoliticsU.S.White Women
← Previous Story Special Report: The Commission on the Status of Women Comes to an End
Next Story → Three Poems