Cynthia Wachenheim and the Impossible Terrain of Motherhood – The Feminist Wire

Home / Disability / Cynthia Wachenheim and the Impossible Terrain of Motherhood

Cynthia Wachenheim and the Impossible Terrain of Motherhood

As Keira Williams wrote here recently, Cynthia Wachenheim killed herself—and attempted to kill her son—because she felt that she’d been a terrible mother.  Williams aptly observes the way in which our culture creates and upholds unrealistic standards of motherhood, the “mommy myth” of the Good Mother.  These sorts of cultural narratives create anxiety and shame among mothers and can provide a context for acts that, as Williams says, are incomprehensible:  “We do not know how to make sense of the supposedly loving mother who kills her own child.”

The thing that struck me most about this story was one of the reasons for the suicide and attempted murder Wachenheim offered in her thirteen-page letter:  she felt horribly guilty that she’d “allowed” her ten month old child to experience two small falls.  More to the point, she was concerned that because of those falls, the child was experiencing a “serious medical condition,” perhaps cerebral palsy or autism, that would have “lifelong consequences.”

In part, her attempt to end her child’s life was triggered by a fear that her child might have a physical or cognitive disability.

I’m a feminist disability studies scholar at work right now on the cultural narratives surrounding prenatal testing, Down syndrome, and reproductive decision-making.  Wachenheim’s story reminds me of my interviews with women who have terminated their pregnancies because the fetus was identified as having Down syndrome.  Many of the themes are the same:  they want to be “good mothers” who save their child from suffering.  As Rayna Rapp explains in her outstanding book Testing Women, Testing the Fetus,

Ending a pregnancy to which one is already committed because of a particular diagnosed disability forces each woman to act as a moral philosopher of the limits, adjudicating the standards guarding entry into the human community for which she serves as the normalizing gatekeeper. She must make conscious the fears, fantasies, and phobias she holds about mothering a disabled child. And she frequently thinks in a vacuum, lacking much social context for what a particular medical diagnosis of a disability might really imply.

Being a “good mom” is incredibly significant to the women I interviewed—more important, for instance, than simply being a “good person.”  The difference is, of course, gendered:  in our culture, mothers are scrutinized and judged much more harshly and pervasively than fathers.  Being a “good mother” becomes a kind of marker of human validity for women, and this need to be a “good mother” was particularly strong in the women I interviewed because of the particular decision they have made.  They were women who wanted to be pregnant and who had already made a connection of some sort with their child (their terminology), such as planning prenatal care or outfitting a nursery.  In fact, they loved their child.  And then they terminated the pregnancy.  As a woman I’ll call Emily said, “Before this, like I would never kill a fly, you know. And yet, I killed the thing I want the most in life. And so, that just—it’s kind of like a mind fuck.” 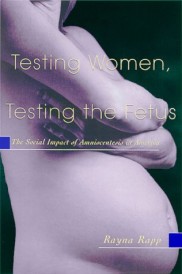 Many in our dominant culture understand disability to be a fate worse than death—and, indeed, this belief is reinforced and perpetuated by a variety of societal structures, from how public school classrooms are divided to how sidewalks and bathrooms are designed.  Although I don’t deny that Wachenheim may well have been experiencing postpartum depression or psychosis, I also recognize that the thing she was afraid of is something that many loving mothers are afraid of.  They’re afraid not because they want a “perfect” child but because they understand disability only to mean a life defined by suffering.

One woman told me, “We truly chose to give her [their child] peace rather than to let her ever face abuse, neglect or any kind of pain or suffering. She never knew anything but love and peace.”  Terminating the pregnancy was the only option she saw that would guarantee that her child would not suffer. Another said, “It was something that I just—I don’t think I was wanting to have to see my child suffer.” 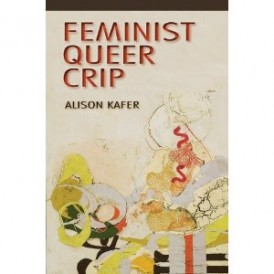 Feminist disability studies scholar Alison Kafer notes the extent to which we “stigmatize disabled people by presenting disability exclusively in terms of suffering and hardship.”  She goes on to explain that these attitudes “seem to imply that the only appropriate response to disability is elimination.”  What Kafer is explaining is one way that our social construction of disability operates.  When disability is only seen to be a condition of suffering, then life with a disability is a tragedy.  Then it is, indeed, the act of a loving parent to eliminate that suffering—and therefore that life.

Disability studies scholars Adrienne Asch and David Wasserman refer to this phenomenon as “synechdoche”—the part standing in for the whole.  The disability, or one stereotype associated with the disability, can come to seem the only thing that matters about an individual.  They write, “Except in those extremely rare cases where a child’s suffering is expected to be so intense, pervasive, and protracted that it can be said to make his very existence harmful to him overall, the failure or refusal to see the child’s suffering in the context of his worthwhile existence appears to epitomize synechdoche.”  Synechdoche is a way of stereotyping. It’s an incredibly limited way of thinking.

Indeed, the equation of suffering with disability isn’t merely limited—it’s often patently false.  People with disabilities, physical as well as intellectual, live a wide variety of happy lives, lives defined by all the weird assortment of things that define the lives of “typical” people.  For instance, my child has Down syndrome, and “suffering” is not a word I’d use to describe any aspect of her life (except, perhaps, when she had an ear infection and had to swallow wretched medicine—both of us suffered through that).

All reports indicate that Wachenheim loved her son.  She called him “beautiful” in her letter.  Williams refers to Wachenheim’s behavior as an act of “altruistic infanticide,” in which “mothers kill their children because they genuinely believe they will be better off dead. It is, in the minds of the perpetrators, the ultimate maternal sacrifice.”  Let me be clear that I am not equating abortion with infanticide.  The women who had abortions were making a reproductive decision that I support and, indeed, have fought to protect.

And yet the women I interviewed were often profoundly sad about the decision they made, crying while they talked to me, articulating a wish that they could have had better options.  What I’m arguing is that we must broaden our understanding of our reproductive lives so that we can see the ways in which our culture’s symbolic and institutional structures work to make certain things possible, and to shut down other possibilities.  As reproductive justice scholars argue, we must attend to “a much wider set of concerns. Access to resources and services, economic rights, freedom from violence, and safe and healthy communities are all integral to [this] expanded vision.”

Within our societal structures, certain bodies and minds become “normal”—and therefore acceptable—while others are “defective,” “crippled,” “retarded,” “broken.”  And because women are central to reproduction, they are responsible for, in Rapp’s words, “adjudicating the standards guarding entry into the human community.”  They did not create those standards, but they must decide how to navigate within and against them.  Wachenheim’s story offers us one tragic model of how impossible this can be. 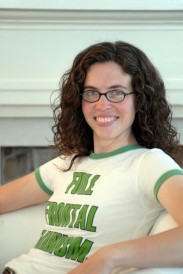 Alison Piepmeier is the author of several books, including Girl Zines: Making Media, Doing Feminism, and the forthcoming A Choice With No Story:  What Prenatal Testing and Down Syndrome Tell Us About Our Reproductive Decision-Making.  She directs the Women’s and Gender Studies Program at the College of Charleston where she is associate professor.  She blogs at alisonpiepmeier.blogspot.com.