Before she jumped eight stories to her death, Cynthia Wachenheim left a thirteen-page suicide letter explaining that she was a bad mother. She was “evil,” she wrote, because of what she planned to do, and because of what she had failed to do in the past. Motivated by “guilt and fear,” she strapped her ten-month-old son to her chest and leapt. Miraculously, her son survived. The morbid irony of her baby’s survival is that Wachenheim apparently believed that her son was suffering from a grave disorder as a result of two minor falls in the past. Wachenheim reportedly blamed herself for these “two shameful incidents,” believing that her “failure to protect” her son would inevitably lead to a life of suffering. And so she attempted to save him by extinguishing both of their lives.

Maternal infanticide is perhaps the most confounding crime in our culture. We do not know how to make sense of the supposedly loving mother who kills her own child. And it is even more confusing when the offending woman fits our cultural ideal of maternity so thoroughly. Wachenheim was happily married, a successful attorney spending her maternity leave at home with her beloved son. And yet inside, it seems, she was “riddled with guilt” and the gnawing feeling that she was a terrible mother.

It is far too soon, and too little is publicly known about the contents of that thirteen-page letter, to diagnose the problem that drove Wachenheim to suicide. In the letter, she apparently mentioned diagnosis of postpartum mental illness, predicting that this is how we would read her crime. And she’s right; few of us can believe that a mother “in her right mind” would murder her child. 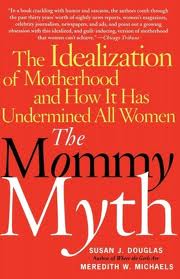 But there’s another context here, one that does not rely upon individualized medical diagnoses. Scholars Susan Douglas and Meredith Michaels coined the phrase the “mommy myth” to describe the impossible idealization of motherhood in our culture. Good Mothers, according to this myth, devote their entire beings—body, soul, time, and mind—to their children. And those who don’t live up to this ideal? Well, they’re Bad Mothers.

This is obviously a narrow definition of motherhood, and it necessarily excludes most American women. Good Motherhood also comes with clear rules about class, race, and marital status. With some exceptions, the Good Mothers featured in our culture are white, middle class, and heterosexually married. These standards are crucial to how we read maternal infanticide; the New York Times reported Wachenheim’s salary, the cost of her apartment, the length of her child care leave, and her love for her husband, firmly placing Wachenheim within the ranks of the Good Mothers. With these details, she fits a familiar script; a “deviant” single mother, she was not. She is, according to this narrative, therefore deserving of our sympathy. 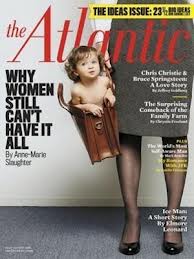 This maternal message comes at us from all angles (who can forget the “mommy wars” resurrected by last year’s Time cover story on attachment mothering, or Anne-Marie Slaughter’s Atlantic piece on “having it all”?). The “mommy myth” serves to seduce, accuse, and guilt-trip American mothers by telling them what they “should” be doing, even if most of them, by necessity, cannot. The snippets of Wachenheim’s letter that have been released are straight out of the “mommy myth” primer. Her son’s two falls—one from a play set, the other from a bed—occurred on Wachenheim’s watch, and she blamed herself thoroughly. She wrote that no one, including her pediatrician, believed her when she confided her fears about an increasingly serious malady. “But she noticed changes in the baby,” according to the New York Times, “changes that only a mother who spends all day with her child would notice.” He was “sleepier” and more prone to crying, she wrote, and “she could not bear the thought that he might suffer because she had failed to protect him.” So Wachenheim carefully wrote out her lengthy missive, and then she jumped. In an ironic moment of maternal protection, her body cushioned the blow, so that her son—the one whose routine tumbles from a play set and a bed had set in motion his mother’s unhealthy obsession with his health—survived an eight-story fall with minimal injuries.

Experts have a typology for what Wachenheim intended to do: altruistic infanticide. In this model of homicide, which usually involves maternal suicidal ideation as well, mothers kill their children because they genuinely believe they will be better off dead. It is, in the minds of the perpetrators, the ultimate maternal sacrifice.

In the days and weeks to come, we will learn far more about what drove Wachenheim to this tragic act, and this information will, no doubt, include evidence of postpartum depression. But it might also include some uncomfortable truths about our culture of motherhood. When a mother kills her children, we try to fit her into a cultural type. And when we categorize these women individually, instead of examining what they have in common as American mothers, we allow our unrealistic cultural prescriptions of motherhood to remain intact. If a mother like Wachenheim castigates herself to the points of suicide and attempted infanticide because her son suffered a routine fall while her back was turned for five minutes, then our standards of Good Motherhood are, in fact, self-destructive.

Perhaps, then, the most rational response to what seems like such a thoroughly irrational crime is to challenge our cultural logic of motherhood itself. Perhaps it is our insidious idealization of motherhood, which rests upon a firm foundation of gendered structural inequality, which drives up to one-fifth of our mothers to postpartum depression. Perhaps individual Bad Mothers, as Wachenheim so tragically deemed herself, are not the problem. Perhaps the “mommy myth” itself is evil. 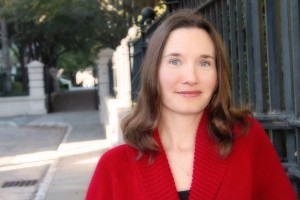 Keira Williams teaches in the Honors Program at Coastal Carolina University. She is the author of the recent book, Gendered Politics in the Modern South: The Susan Smith Case and the Rise of a New Sexism (LSU Press, 2012).]