the tenth time out of ten – The Feminist Wire

Home / masculinity / the tenth time out of ten

the tenth time out of ten 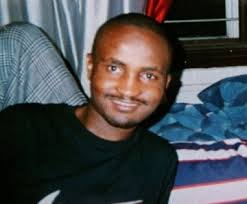 It is midnight in a year that is of no particular importance. Somewhere, a leading criminologist who spent all day on the air calling Black boys “Superpredators” is sleeping next to his wife or graduate student. And somewhere in the commercial/industrial no-man’s-land that buffers my white friend’s neighborhood from mine, a lone cop stops me in front of an out-of-the-way building. When I ask him what the problem is, he tells me that he has stopped me about a recent car theft in the area.

I am on my bicycle.

I am really scared. And I am alone with him in a dark parking lot.

He is really scared. And he has a car, floodlights, pepper spray, a baton, a pistol, at least three primetime television shows, and the state’s full might behind him and his brothers and sisters in blue.

Well, some stubbornly naïve part of me replies, he is not thinking rationally. I am going to be calm for both of us, the way I would around a mountain lion. And everybody always says that nine times out of ten if you weren’t doing anything, you don’t have anything to worry about. Right?

But of course, nobody who is Black says that and actually believes it. Even among white people, saying that involves a massive disavowal of what they know to be true. Shit—my parents don’t even say that to try to make me behave anymore. There’s just too much evidence against it. The truth is the police, and white people more broadly, have already shown me and every other Black boy and girl and woman and man that we are available for captivity and killing at any time and for any reason. (Nobody ever tells you about that tenth time out of ten.)

The cop gets my ID and peppers me with questions that are really none of his business because this whole fucking thing is ridiculous. And still I answer the questions, all without hesitation, just like I’m supposed to.

“Where have you been?”

“Where does he live?”

“He lives over in Dilworth.”

“And where are you going now?”

“Home.” And, when he asks, I give my address in a complex up by Central Avenue right down the street from the Wal-Mart.

There is silence and again the reality sets in. This cop is alone and I’m alone.

…and these motherfuckers are as dangerous as wild animals in these circumstances.

Maybe it calms me down a little to tell myself a different, less humiliating story about what is really going on here. It helps me get by to think, He’s the wild animal.

But then comes the other thought. I’ll be the one who ends up dead, tased, mauled, or in a cage. And, of course, even if this cop were a wild animal, it’s not like I have the raw strength (the tranquilizer darts) to subdue him. His gun won’t magically disappear from his holster just because I tell myself a different story in my head. He stands for an entire network of apparatuses that enable him to do what he wants to do to bodies like mine and then say that what he did was justified. Their fantasies have objective value, as David Marriott would say, and, as Jared Sexton would say, their fantasies become law. This cop’s gun, his badge, and my Black skin— that’s what makes him right. And truthfully, all of that comes ultimately from the gun. He’s not giving any of it up. That would all have to be taken by force. And only a people’s army would be up to such a task. And I’m alone in a dark parking lot with no witnesses around and a cop who thinks a car thief would be riding a bike at midnight.

My calm only lasts for a moment. Got to get it back. It is the one thing I cannot afford to lose right now.

A new thought comes to mind: Be a calming presence to him.

I try repeating images I know that work, that I can remember and perform. I am Sidney Poitier. I am Diahann Carroll. I am Barack Obama. I am the ‘white negro.’ I stiffen up my spine, tighten up my lips, put fully rounded “r” sounds at the ends of certain words, nasalize my vocal resonance, and smile while shrinking out of any speech or movement pattern that might signify blackness. I will not act Black, whatever this pig might think Black is…

I am not Latasha Harlins.

What a strange thought. I don’t know what made her come to mind. She was fourteen. I am nineteen. She was a girl. I am a man. She was in Los Angeles, paying for some juice, and a store clerk shot her in the back of the head. (It’s all on camera.) And then a judge saw to it that the clerk never did any jail time behind it. And I just want to go home. I just want to go home.

But you know, I can hear that part of me saying, Latasha did talk back to the store clerk…

I can’t. Not now. Not with this pig and his gun right here. I just can’t. I can’t dwell on the fact that teenage girls “talk back” every day without having a hole punched in their brains. But I am trying mightily to be very positive and practical about it all. I just want to survive. And this is taking forever. And suddenly all I am thinking is that whatever it was that got Latasha Harlins a bullet in the back of the head—I don’t want this cop to associate me with it. That is all that might save my life and, I think, my “freedom.” He is white and a cop. I am neither. He has guns. I do not. His use of the gun is always legitimate; mine is always illegitimate. And I don’t even have or want guns. Doesn’t matter. It is too late. I am the image of a Superpredator. And I already did the crime, whatever it was.

I am not Amadou Diallo…

“Tell you what I’ll do,” says the officer.

“I’ll let you go if you can recite the license number on that bicycle you’re riding without looking at it.”

This situation is a normal enough experience for a Black person that it qualifies as a “when” instead of an “if.” (“When the police decide to fuck with you just because they can,…”) Perhaps this whole thing is a necessary inconvenience that everybody has to go through in these trying times. Maybe I’ll tell Dave about it later and he’ll say he went through the same thing. I doubt it. But for now, I don’t ask questions. I can’t afford to know the answer. I wait.

The cop is surprised for a brief moment by how automatically he is able to elicit this reply, and then he speaks.

Does he even check to see if the number I stated was correct? I don’t recall.

“Thank you, officer,” I say, remounting my bike, and, as if my words matter, I almost add, “I hope you get whoever you’re looking for,” but I see that he is already back on his radio ignoring me.