Op-Ed: Solo Women Travelers: “Go Out Without Your Body” – The Feminist Wire

Op-Ed: Solo Women Travelers: “Go Out Without Your Body” 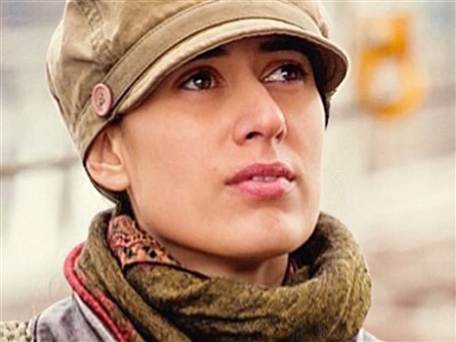 “The only thing left to say is, ‘If you don’t want anything to happen to you, go out without your body,’” instructed Mexican journalist Carlos Monsiváis. He was writing about the victims of violence against women and feminicide in Ciudad Juárez, Mexico, and criticizing the way in which the media read the women’s bodies – the clothes, the lipstick, the location of the body in the city – as signs of their personal guilt. Why was she in that part of the city at night? Why was she walking alone? Why were her nails painted red?  This discourse about women, one that blames the victim for the crime, is one that plagues the media and social commentary about women victims of crime, especially sexual violence.

The recent death of New Yorker Sarai Sierra, a solo woman traveler who went missing for two weeks before her body was discovered in Istanbul, provoked a slew of news articles such as the following: “Sarai Sierra Aftermath: Following Murder of Lone female Tourist in Turkey, Should Women Travel Alone?” And the hundreds of comments left on articles, like the one featured on NBC, are far worse. Men and women alike wrote in to question the motives of a woman who would travel alone, of a mother who would leave her children. Women should not be traveling alone in dangerous places. She should have an escort if outside of her hotel after dark. Why on earth would ANYONE travel to Turkey alone? Especially a woman. Who travels alone as a married woman? One of the great paradoxes of the 800-plus comments responding to the NBC article is that many of them focus blame also on Muslim men and Muslim culture for having antiquated and misogynist views of women.

Once again, rather than provoking a serious discussion about the nature of violence against women, about the fact that women are statistically much more likely to experience violence at the hands of a husband or partner than to experience it traveling solo, the story of Sarai Sierra has inflamed the media and our collective consciousness to examine every possible detail of Sierra’s condition as a woman as a plausible reason for her death. The questions about her death are the same ones experienced by so many women victims of violence. Their lives are torn apart in a posthumous search for details related to their bodies, their marriages, and their sex lives, as if these things will somehow explain the cause of the violence.

In Ciudad Juárez, one of the first publicity campaigns to prevent feminicide and violence against women involved an advertisement in the local newspaper asking women to “carry a whistle” and “not walk alone at night.”  Ironically, Sierra’s death in Istanbul has prompted many of the same responses, responses that focus on the responsibility of women to protect themselves from extreme violence. The real question is: why aren’t we talking about the cultural and social attitudes that continue to allow men to act with impunity, to rape and murder and then hide behind the thick cultural shroud of blaming the victim? Where does this cultural hunger to examine the sexual and social lives of victims of rape and murder come from?

What Monsiváis wrote strikes me as particularly true. If you don’t want anything to happen to you, go out without your body. By asking women not to travel alone, by telling them not to go out at night by themselves, we are, as a society, limiting their movement. We are asking them to go out without their bodies, and we are doing it in the name of safety.  However, a safe society is one in which a woman can walk the streets at night, travel to Istanbul or around the world, with absolute respect and freedom from intrusion.

Alice Driver is a postdoctoral fellow at the Universidad Nacional Autónoma de México, where she conducts research on feminicide and the representation of violence in Mexico in literature, film, and cultural studies at the Centro de Investigaciones sobre América del Norte. She is currently working on a short documentary, “If Images Could Fill Our Empty Spaces,” based on interviews with Ciudad Juárez photographers Julián Cardona and Jaime Bailleres. She is also a contributor at Women’s Media Center. For more information, visit her website.

Related ItemsOp-EdViolenceWorld
← Previous Story Delhi: From Shame to Defiance
Next Story → Special Report: The Feminist Wire goes to the Commission on the Status of Women, or the CSW Through My Virgin Eyes