Op-Ed: Marriage Might Be the End of the Gay Community – The Feminist Wire

Home / Op-Ed / Op-Ed: Marriage Might Be the End of the Gay Community

Op-Ed: Marriage Might Be the End of the Gay Community

In these austere times, marriage conveniently allows for managing illness and economic need within the private sphere, as required by contemporary notions of citizenship. Same-sex marriage, likely to soon become federally legal in the United States, might be the beginning of the end for the gay community.

No matter how the U.S. Supreme Court will rule on either case, as Megan McArdle writes, “gay marriage has won.” And with its victory, we might see the withering away of the sort of community organizing that has characterized the LGBT rights movements since the 1970s.

The fight for marriage equality, and its eventual victory, will reinforce the neoliberal ideal of a society intent on self-care and individual responsibility, in place of collective responsibility, to solve social inequality.

The reason that gay marriage has gained so much traction so quickly while immigration reform stalls and the prison system continues to incarcerate more Blacks and Latinos, is because it conveniently fits in with the market efficiency of austerity, relegating care and social services to the private sphere, while leaving behind unresolved issues that need collective solutions, like queer youth homelessness, suicide, and violence against the trans* community.

This is not to say that marriage equality did not involve the tremendous amount of fortitude and courage that same-sex marriage advocates have shown, or that anyone should be denied the right to marry. But unlike income inequality, immigration reform, and public education, legalizing gay marriage reinforces a culture of self-care as a way to manage America’s most serious social issues, where the burden of providing care and support during a person’s most vulnerable time will be undertaken by a loving, now legally recognized, partner with access to visiting rights and tax breaks.

Although the remark that too many Americans are dependent on government “handouts” cost Mitt Romney the presidency, it certainly continues to increasingly define citizenship in the West as something that must be earned, shortchanging the many of us who are unable to afford to do so. This is evident in the challenges that Obama has faced in trying to move beyond austerity as the sole method of reducing the federal deficit.

Yet the trend is inevitable. Many vital programs are already feeling the impacts of the “sequester” cuts signed into effect by President Obama earlier this March. Health care providers, especially family physicians, expect to see payment reductions, as Medicare faces cuts that will amount to $11 billion. Public schools in the Fort Peck Indian reservation cannot hire teachers and they face the inevitability of cutting food programs and summer classes. In Chicago, more than fifty public schools will close and this will overwhelmingly affect Blacks.

The neoliberal logic of individual self-care is quite clear in the marriage debate’s most recent developments. The amicus brief jointly signed by several major American companies, including AIG (which received a $182 billion-bailout package in 2008) voiced their support for overturning Proposition 8, stating that, “By singling out a group for less favorable treatment, Proposition 8 impedes businesses from achieving the market’s ideal of efficient operations.”

Amy Davidson, writing in the New Yorker, even goes as far as saying that “if one believes in protecting free markets, then same-sex marriage should be a priority, too.” Citing Mayor Bloomberg, she goes on to highlight the two hundred and fifty-nine million dollars that New York City estimated it gained from the wedding business one year after the state legalized same-sex marriage.

The reason that same-sex marriage has gained so much more attention in recent times is clear. Legalizing same-sex marriage does not require, and in fact removes, the need for collective responsibility. It provides the gay community with a structure through which they can self-manage illness, poverty, and discrimination.

Marriage has historically been bound to citizenship, through which individuals may claim rights (such as protection from discrimination) and carry out responsibilities (such as paying taxes). The right to marry in the United States has always been intimately bound by considerations of who belonged to (and in) the United States – and for a long time, gay people didn’t.

Enlisting gay couples into “full” citizenship, however, obscures the reality that afflicts many other Americans, especially those who come from poor backgrounds, single-parent households, and immigrant communities. These are groups whose citizenship is limited not because they don’t already have rights, but because the state can no longer ensure these rights.

When gay marriage becomes a reality in the U.S., it may mark the end of the community-based organizing that has so colorfully characterized the movement for LGBT acceptance in society. The HRC’s actions, requesting that a trans* flag be removed and prohibiting an undocumented queer immigrant to mention his undocumented status in a speech, are signs that this movement has not really embraced full equality.

Once same-sex marriage is legal, we may see the gay community dissolve into units of married couples, whose main responsibility is to be productive citizens, now that they have equal access to employment and social security.

This trend has been noted before. Even conservative LGBT advocates like Andrew Sullivan saw this coming, indicating as early as 2005 that the gay community was coming to an end.

It may indeed be time for some gays to become as equal as some Americans. But it’s definitely not time yet for the pink equal sign when so many in our communities are still vulnerable to poverty, homelessness, violence, and illness, problems that demand collective futures and solutions. 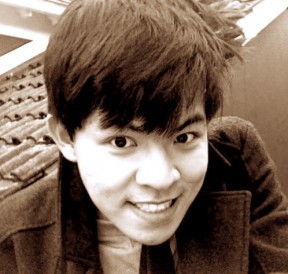 Jia Hui is Malaysian-born, queer, and peripatetic. He majored in gender and sexuality studies at Harvard University, where he researched and wrote a thesis on the political economy of homophobia in Malaysia. His current research looks at the dis- and interconnections of queer movements between the West and in the developing world, paying attention to different types transnational networks, including religious organizations, civil society, and multilateral economic institutions. He has actively worked with workers’ unions, trans groups, and social justice movements in and around Boston, MA.