Man in Sound, Man in Place – The Feminist Wire

Man in Sound, Man in Place 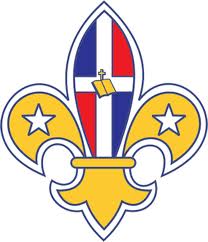 At age ten, I joined my local troupe of the Asociación de Scouts Dominicanos (Dominican Boy Scout Association) in Santo Domingo. Immigration to the United States was still years away from my family’s horizon, and joining the troupe sprang from the recognition that biology was not enough: my apprenticeship of manhood could no longer be postponed, and it had to happen en la calle.

I was a good student, but my parents grew preoccupied that too much of my time went to watching telenovelas and doing homework instead of hanging out at the basketball court one block away from home. Joining the Scouts would also help me make friends other than the school classmates with whom the discussions oscillated between the neighborhood girls and the sex marathons we claimed to have put them through or the ills of the Catholic Church.

In retrospect, the Scouts addressed the collective concern over my inchoate sexuality. But a bigger concern (one which coagulated around every male body I remember, irrespective of age) was with the production of masculinity in bodily practices. What needed regulating were the ways of standing, moving, sounding, and engaging others that would produce a “real” man. Still, that hombría was much more an article of faith than an appeal to anyone’s true self. As good if imperfect Catholics, our faith often faltered. Any man was fair game.

My parents coached my way into credible masculinity by critiquing the tendency of hands to land on hips, the high register and nasal quality of my voice, and the lack of interest in being outside. But an hombre serio, a serious man, was what they wanted. They understood too well that a street thug, a tíguere, was not desirable if I was to be the family’s beacon of upward mobility. They respected my dedication to all things in school, my general obedience, and my willingness to take care of my younger brothers while mami worked two shifts as a public school teacher. Papi was particularly good at shooting down any and all insinuations that the seriousness about school or interest in the arts made his oldest son non-manly. As the light-skinned indian, or indio claro, first son of the marriage of an indio man, a street tíguere turned hombre serio and padre de familia (head of household), to the “white woman with good hair” (my mother), my studiousness would aid the family to transcend the survival mode of existence, the mounting debt with everyone, the hand-me-down clothes we were gifted by our better off cousins.

I attended the all-boys Colegio Don Bosco, a private though affordable school that offered a great curriculum and the opportunity to get to know kids who came from better-to-do families. In Physical Education class, the teacher asked me to model the exercise routines we prepared for the annual school exhibits. After one of the long sessions in the burning early afternoon sun, one of the athletic boys pointed my way and said to his friend, far from where I stood but loud enough for me to hear, “Decena es medio raro.” “Raro” was code for all things out of the normative.

I nurse that recollection very clearly in my mind’s eye, but its directness was pretty startling. People tended not to mess with me because I was a model kid. My father was respected in the neighborhood and completely fearless when defending his boys: he had confronted a much taller man who had once called me “mujercita,” and went to jail for an overnight stay for beating the shit out of guy who tried to fondle me.

But indirect commentary about how I walked, talked, or moved, was always uttered in the third person, and it shaped my interaction with boys in school, in the Scouts, and in the neighborhood. By the time I was fifteen, there were elaborate strategies to go to the colmado and buy things my mother needed for dinner, to go visit the aunt who lived not too far from my house, or to find a place to sit in the huge yard of my school. All of these strategies involved careful management of my movement and studious avoidance of people hanging out in groups. I avoided the eyes of boys and adults who could see through me. 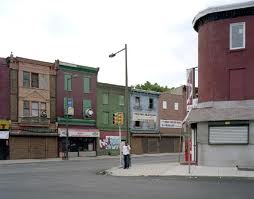 This audience included normative and non-normative men in the neighborhood. Mine was a barrio with a rich and dense queerscape, which included cuckolds, men whose wives ruled their households, women a little too manly for everyone’s comfort, and a dizzying diversity of sissy boys and trans women. Our streets were crowded with creatures living their gender and sexual dissent in public and negotiating the gravitational force of gossip and indirection that secured the legitimacy of the invisible, so-called normal men. There were the testosterone-heavy men everyone suspected fooled with men and the bocones, loudmouths whose belligerence sat atop the buzz at every game of domino or brawl. Still, there were also several seriously fierce queens and hairstylists whom women and men joked about but rarely confronted because: 1) they knew or could knit and air your dirty laundry, using extravagantly florid vulgarity to shame you into moving out of the neighborhood or shutting the fuck up if you dared criticize them; 2) they would beat you up. But they also collaborated in socializing boys into proper masculinity and a few of the more established locas often sat among the neighborhood tígueres and other young men, commenting on everyone but also with their vigilant eyes placed on creatures like me.

How I talked, beyond the high pitch of my voice, was also an issue. Working class Dominican Spanish is full of contractions, in particular of words with “s” endings. Aspirating the s or pronouncing it outright suggests a certain level of education. My orthography was impeccable and I knew where the s was supposed to land, but that sound slid too often from refinement to sibilant, and very few men I knew or saw on television generally could be consistent in adequate pronunciation without risking to sound “raros.”

After moving to North Philadelphia with my family, and after figuring out which of the identical row houses was ours, I began to enjoy not having to be “out with kids my age” anymore. The sojourns to la calle that my parents welcomed in Santo Domingo were not encouraged in our drug-infested neighborhood. I was fifteen then and soon found myself taking a bus to South Philly to take piano lessons. I also became the mentee of my high school librarian, a Jewish woman who introduced me to upper middle class U.S. culture and values, who took me to bookstores, movies, and classical concerts, and who provided a space at Edison High School where I could be my studious, nerdy, mannered self without being exposed to the pressures that other kids had to negotiate. My brothers were not so lucky.

It was through her that I also deepened my study of the English language, and I relished knowing that I could not get away with cutting the s. I had to pronounce correctly, every s in its rightful place. Weaving my mouth through Baldwin, Shakespeare, and Yeats while she corrected me, I found a sheltered way into selfhood, one that put a distance between the body and sound practices I now grew into and the imperative to “be a man” that was sovereign in the lives of my brothers and the brown, black, and white-class kids in Kensington. In ways analogous to the tígueres of my old Santo Domingo neighborhood, the street masculinities of the Philly I knew were excessive, scary, and even violent when they needed to be, but they indexed and negotiated multiple forms of racial, class, and gender violence and hopelessness. Most of the young men in my hood were not going places. I was.

Being eccentric from normative forms of working class U.S. immigrant and Latino masculinities and heterosexualities and having the support and protection of mentors helped me avoid the most negative life trajectories and repercussions that have shaped the lives of most of the young men who graduated from Edison when I did (the ones who are still alive). But growing and becoming a man in terms other than those dictated by where I grew up in Santo Domingo and in Philadelphia makes me deeply aware of how necessary it is to understand the classed dimension of gender and racial formation. Becoming a man may be an important project for the black, brown, and white kids in the leafy green and privileged New Jersey suburb where I now live, but those projects are worlds apart from the increasingly poorer and desperate Kensington where my parents still live, or the Santo Domingo neighborhood I now rarely visit.

Carlos Ulises Decena teaches in the Departments of Women’s and Gender Studies and Latino and Hispanic Caribbean Studies at Rutgers University. He is an interdisciplinary scholar and writer whose work straddles the humanities and social sciences and whose intellectual projects engage and blur the boundaries among critical ethnic, queer and feminist studies, and social justice. His first book, Tacit Subjects: Belonging and Same-Sex Desire among Dominican Immigrant Men, was published by Duke University Press in 2011.