“If You Are Now Saying, No, Women Are Equal…” – The Feminist Wire

“If You Are Now Saying, No, Women Are Equal…”

The day after our teach-in, on January 24th, 2013, the airwaves and newspapers were filled with the announcement that the U.S. Pentagon had dropped the ban that excluded women from combat roles. That night, as I was driving home, on PRI’s “The World” I heard an interview with U.S. Marine Corps Reserve Capt. Zoe Bedell. At the end of the interview, she was asked what she thought this would mean for sexual assault on women in the military, which is “already out of control by many accounts.” She answered, “Policy as it used to stand; it justified the behavior of treating women as second class citizens. If you are now saying, no, women are equal…that equality will eventually permeate the organization…it is a step in the right direction.”

This is the point I wanted to make with my brief presentation at the teach-in. Sexual violence against women in India (and surely elsewhere in the world) perpetuates, at least in part, because girls and women are not treated as equal to men in almost any walk of life. 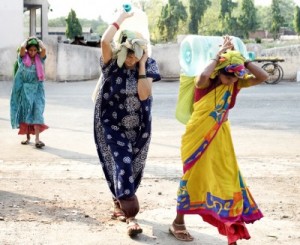 I shared some simple, yet deeply disturbing statistics to show how discrimination against women is pervasive in Indian society. It rears its ugly head countless times each day when a girl is denied the opportunity to be born, to live a healthy life, to learn, and when a woman is denied the ability to own and control financial resources or is made to believe that it is acceptable for a husband to beat his wife if she goes out without asking his permission or does not cook properly.

In such an environment of deep and pervasive gender inequity, extreme forms of violence against women perpetuate much more easily and shamelessly.

I relied entirely on the most recent National Family Health Survey report (NFHS-3, 2005-2006). This survey is based on a nationally representative sample of 124,385 women age 15-49 and 74,369 men age 15-54 from all 29 states in India. Based on various tables available in this report, I made four observations.

If there can be a silver lining in this grim situation, it is this: Younger women were far less accepting of male to female domestic violence. Unlike their mothers, they were less willing to accept that it is justifiable for a man to beat is wife.

As Capt. Zoe Bedell noted, when we stop treating women as second class citizens, it is also a “step in the right direction” for abating sexual violence against women. The challenges ahead of us are vast and urgent. As we work on the systems, laws, and judiciary, we also need to work on something almost more urgent: we need to work on changing the attitude that it is somehow acceptable to treat our daughters, sisters, and mothers as second-class citizens. 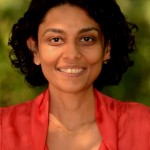 Amita Chudgar is Assistant Professor in the Department of Educational Administration at Michigan State University. Her work examines the influence of home, school, and community contexts on educational access and achievement of children in resource-constrained environments. Through the analysis of diverse, large-scale, national (India), regional (South Asia and Francophone Africa) and cross-national datasets, she explores the role of policy-relevant variables in ensuring equal educational opportunities for disadvantaged children. As nations struggle to provide these opportunities to more children with fewer resources, the pursuit of educational equity and quality compete with demands for greater efficiency. Her recent research has actively engaged with and responded to the inherent tensions among equity, quality, and efficiency by examining the growth in alternative forms of education provision (increasing reliance on various forms of private schooling, contract-based teaching) and their implications. Her long-term interests as a scholar focus on ensuring that children and adults in resource-constrained environments have equal access to high-quality learning opportunities irrespective of their backgrounds.

Related ItemsDelhi gang rapedomestic violenceIndiaNational Family Health SurveyPoliticssexual violenceU.S.violence against womenwomen in combatWorld
← Previous Story Urban Spaces Are Conducive to Sexual Violence: The Case of Delhi
Next Story → Some Concluding Thoughts on Violence Against Women in the U.S. and India