Urban Spaces Are Conducive to Sexual Violence: The Case of Delhi – The Feminist Wire

Home / Politics / Urban Spaces Are Conducive to Sexual Violence: The Case of Delhi

Urban Spaces Are Conducive to Sexual Violence: The Case of Delhi

While the events that have inspired our gathering were horrific, it is important to note that they are neither isolated nor unique to India. Correspondingly, we must avoid the popular framing of the event as an exceptional or deviant act by “monstrous” or “evil” individuals. Doing so obscures the frequency at which such assaults occur (both in India and around the world) as well as the underlying social, political, and cultural structures that not only allow but also, to a certain degree, encourage such acts.

Here, I discuss Delhi as an urban space which creates a context, both physical and social, that is conducive to sexual assault and other gender based violence. Some of these characteristics are generally true for most large, contemporary urban settings, while others are particular to the Indian urban environment, and others still are more specific to the case of Delhi. Below are several contributing aspects.

Urban planning theories show that dark/unlit and isolated spaces become hotspots for crime, primarily due to the difficulty they present in terms of surveillance both by law enforcement and by community members. The rapid growth and piecemeal planning of places like Delhi and Gurgaon, and the poorly lit and hard to access areas that abound in them, thus become prime locations for violent crimes. Intersecting with this is the emergence of more and more mega malls, restaurants, bars, and (to a lesser extent in Delhi/Gurgaon) call-centers that employ young people (men and women) who are in turn required to work after dark. This means that they are necessarily required to navigate these dangerous spaces on a regular basis. 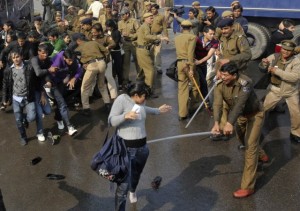 The lack of effective law enforcement, illustrated both by the number of sexual assault crimes that go unprosecuted and the length of time it takes to process cases within the legal system which can be up to ten years, provides very little deterrence. Moreover, the public prescriptions by authority figures such as police commissioners and parliamentarians for circumscribing the behavior for women as a solution to sexual assault provide a “logical” loophole in which women who do not behave accordingly are then considered “fair-game.”

Another aspect of urban spaces is anonymity. Delhi has a rapidly growing population. While many of those who move are men (sometimes with their families) in search of work from rural or semi-rural areas, there are also many young working and middle-class women who move to Delhi to attend school or embark on a career who live either in women’s hostels or shared flats. These single, publicly active women are commonly characterized as without the protection of a father/husband/brother and therefore, again, “fair game.”

Moreover, as Praveen Swami argues in a recent op-ed piece of the Hindu newspaper, for some men (primarily those who have been disempowered through the social and economic transformations accompanying neoliberalization of the city, who have at best casual work and cannot afford to participate in the various modes of recreation which are increasingly targeting the elites and similarly have decreasing access to public spaces as those diminish), relatively independent women navigating public space represent an embodiment of the men’s disempowerment and thus an enemy to be destroyed. It is important to note here that the increase in violent acts among urban male youth has been documented in various places around the world, particularly in neoliberal cities in Latin America.

This of course is to say nothing of the poor women migrants who end up living in Delhi’s “slums.” While I don’t have primary data on this issue, ethnographic accounts suggest that unattached women living in slums often endure sexual assault by men within those communities on a regular basis as part and parcel of their continued presence in that space.

However, Delhi also creates contexts in which discussions about, critique of, and resistance to sexual assault and gendered based violence is possible.

Indeed, Delhi is often referred to as the rape capital of India.

However, it is important to question whether these numbers directly reflect the disproportional number of gender based crimes in Delhi, or whether they also reflect a higher probability of reporting such crimes. Perhaps the growing numbers of NGOs and student organizations addressing issues of women’s rights and well-being in Delhi provide a space more conducive to reporting and pursuing legal recourse for such incidents than in other parts of the country (and the world) where such acts are more a source of shame for the victim than the perpetrator.

As a cosmopolitan city, Delhi has more immediate access to national and international discourses surrounding sexual and gender based violence. One good example is the adaptation of the “slut-walks” which began in Toronto into an event that was later co-named “besharmi morcha” (shameless march) in 2011 in Delhi. This event sparked heated debate between organizers and other Indian feminists and women’s rights advocates (as well as the rest of the nation) about the necessity and effectiveness of utilizing a framework with such acutely “Western” linguistic and cultural context. But it also prompted an extended local and national discussion about women’s safety, particularly within the context of urban space. Similarly, there have been several other organized responses to attacks on women in public spaces within Delhi and Gurgaon such as the Gurgaon Girlcott and the Dent and Paint parades.

I also examine urban space as gendered, both in the sense of a space in which gender is performed as well as a space that is inextricably linked to masculinity, particularly in the context of India. Scholars including Kaviraj, Chakrabarty, Hansen, and Lukose have argued for the gendered nature of space both in colonial and contemporary India.

Lukose, for example, draws on her fieldwork in Kerala to argue that public urban space is linked intimately with masculine bodies. She shows how, while young men can and are indeed expected to move around freely and in a sense “consume” urban space, their female counterparts can only (acceptably) navigate this same space if they maintain, somehow, their interiority. That is to say, their movements must necessarily be circumscribed, goal oriented, and display in her body language what Lukose calls a “demure femininity” (lowered eyes, etc).

Keeping this in mind, we can see how the active presence of women in the urban space of Delhi, a presumably masculine space or at least one meant to be consumed by masculine bodies, creates a context which both destabilizes such a framework and provides an opportunity (for lack of a better term) in which an aggressive masculinity can be performed through cat-calling, “eve-teasing,” groping, or worse, rape. 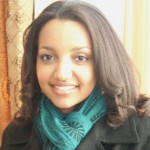 Meski Glegzaibher is a doctoral student in anthropology at Michigan State University.