By Guest Contributor on December 6, 2012 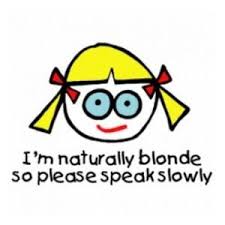 Sometimes, when I have to walk past a group of teenage girls, I fear I’ll hear a version of the affected dumb girl voice. As I shuffle past, I cringe and shake my head like an old shrew. The way they stretch out every syllable is almost painful and my feminist inclination is to irrationally scream a phrase I’ve stolen from my friend:  Do you want to get pregnant or do you want to go to college?!

But really, what should I expect? Why should I be surprised if women have always been encouraged to play dumb?

The dumb girl trope is deeply ingrained in American culture and history. In the 1940s, postwar dating manuals even explicitly advised women to “play dumb” to catch a man and forty percent of college women admitted to doing this in a survey. And though this seems backwards and outdated, it’s still relevant to women today. The media has effectively maintained this trope decade after decade. Let’s count all the dumb blondes that have graced our TV screens over our lifetimes. And how many women of color have you seen on TV or film who were not bumbling caricatures?

The media can now target women earlier and more effectively than ever before. According to the documentary film Miss Representation, in one week American teenagers spend 31 hours watching TV, 17 hours listening to music, 3 hours watching movies, 4 hours reading magazines, and 10 hours online. That adds up to 10 hours and 45 minutes of media consumption a day. Teenagers are constantly bombarded with media, and the quality of what they consume will shape their sense of self. After watching hours and hours of Nickelodeon, even I would want to be iCarly.

Popular children’s channels such as Disney and Nickelodeon have the power to dictate and even create teen and tween culture in the United States. According to Nielsen data provided by Horizon Media, over the past year, Nickelodeon averaged 1.1 million daily viewers between the ages of 2 and 11. Disney averaged 978,000. This is especially troubling because teenagers are currently “the hottest consumer demographic in America.” At 33 million, they make up the largest generation of teens in American history, even larger than the Baby Boom generation. Last year, America’s teens spent $100 billion, while influencing their parents’ spending by $50 billion. This huge cultural and economic influence allows media to manufacture anti-feminist ideologies that are targeted to young girls. In JESSIE, for instance, a show about a small town Texas girl who moves to New York City and becomes a nanny to a celebrity couple’s four children, the children are depicted as much smarter than their bumbling 18-year-old nanny. Shake it Up, which revolves around two best friends who become professional dancers on a local show, depicts teenage girls as shallow, vain, and ditsy, perpetuating the notion that young women can be little more than cute or pretty.

Glorifying stupidity in girls is highly profitable because it means that these young consumers will focus their attention on their appearance. They will never be the most popular girl in school if they don’t have the latest doodad or lip gloss. Insecurity is lucrative. The media critic Mark Crispin Miller points out that advertising sells anxiety to the young. “It’s always telling them that they are not thin enough, they’re not pretty enough, they don’t have the right friends, or they have no friends…they’re losers unless they’re cool.” According to popular media, girls can only be “cool” if they’re pretty or sexy and desired by boys. I now see this anxiety begin very early on. I recently overheard a couple of six-year-olds ask each other if they were sexy. Did they really know what “sexy” meant? Had they just watched an episode of Glee? Do their parents watch Keeping up with the Kardashians? Or did they simply happen to hear that god-awful song “I’m Sexy and I Know it?”

Eventually, the “dumb girl” so prevalent in kids’ programming evolves into another version we now see on reality TV. The popularity of so many vapid reality stars illustrates this glorification of stupidity in women. Last year, Rutgers paid Snooki $32,000 to speak to undergrads, while Nobel and Pulitzer Prize-winning author Toni Morrison received $30,000 for her address at the school’s commencement. Kim Kardashian, a woman who’s created a career from inherited wealth, a sex tape, and a big ass has accumulated a net worth of $38 million dollars. And though the Kardashians may not actually be unintelligent, what they are manufacturing and perpetuating is stupidity. If young girls see these kinds of celebrities being rewarded with money and attention, why wouldn’t they imitate them? The Real Houswives franchise has also taken control of the somewhat older demographic by depicting middle-aged women as shallow, catty, greedy, and idle. Their fame, “success,” and identity are entirely dependent on the men they marry, and nearly every episode shows these women ripping each other to shreds over some frivolous transgression. It not only encourages pettiness, but also teaches girls that women can’t be friends.

But why the increase in anti-feminist TV? The article “Why Does Reality TV Present Women As Marriage Obsessed Bimbos?” by Jennifer L. Pozner points out that as women make groundbreaking political strides, the anti-feminist media increases. Reality television in particular “has emerged as America’s most vivid example of pop cultural backlash against women’s rights and social progress.” We’re constantly being distracted from women’s accomplishments with sexist fluff. Who cares about the accomplishments of the First Lady when black women are tearing out each others’ weaves on Basketball Wives?

Though women currently earn almost 60 percent of all bachelor’s degrees and more than half of master’s and Ph.D.s, this is not at all represented in the media. Women are pursuing higher education now more than ever, yet the amount of vapid women on TV and in the movies is startling. The only modern-day feminist on TV that I can even think of is Lisa Simpson, a cartoon.

I know not every teenage girl who feigns stupidity to appear cute and desirable will end up being like the catty and vacuous women we see on every TV channel. But the odds are against them. Encouraging or even allowing young women to defer to men by undermining their own capabilities at an early age is a disservice to them. If they pretend to be unintelligent, the line between reality and affectation will surely blur with time. If they base their identity on their appearance and sexual desirability, their mental health will continue to suffer as adults. According to the APA, evidence shows that sexualization negatively affects cognitive functioning, physical and mental health, and sexuality, attitudes, and beliefs. In The Lolita Effect: The Media Sexualization of Young Girls and What We Can Do About It, M. Gigi Durham also points out the influence the media can have on a young girl’s psyche: “’Hotness’ as an imperative belittles the value of intelligence, artistic ability, spiritual growth, political awareness, or indeed any other aspect of personality that could enrich girls’ lives and translate into potent adulthood.” I wonder what kind of adults those six-year-olds who wanted to be sexy will eventually become.

Though there has never been an abundance of strong female characters on TV or in film, negative portrayals of women are increasing at a frightening rate. The documentary Miss Representation reminds us that, “you can’t be what you can’t see.” Without representation of nuanced, smart, and independent women, I worry that girls will be discouraged from having the audacity to be unapologetically intelligent.

And why would they want to be smart when they only see sexiness being rewarded? How can they possibly develop the confidence to interrogate patriarchy as adults if they are discouraged from challenging boys when they are young? I wonder who will be the activists, politicians, and leaders of the next generation, because the farther feminism takes us, the more the media unravels our efforts. And every time we let this happen, we fail the next generation of women. 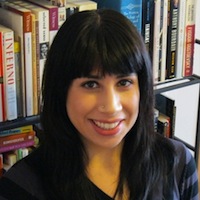 Erika L. Sánchez is a poet, feminist, and freelance writer living in Chicago. She graduated Phi Beta Kappa from the University of Illinois at Chicago, was a recipient of a Fulbright Scholarship to Madrid, Spain, and holds an MFA in Creative Writing from the University of New Mexico. She is currently the sex and love advice columnist for Cosmopolitan for Latinas and a contributor for The Huffington Post, NBC Latino, and others. Her poetry has appeared in Pleiades, Drunken Boat, Witness, Anti-, Hunger Mountain, Crab Orchard Review, Hayden’s Ferry Review, Copper Nickel, and others. She has written book reviews for Kirkus Reviews and her nonfiction has been published in Jezebel, AlterNet, and Ms. Magazine. You can follow her on Facebook , Twitter, or erikalsanchez.com.