By Guest Contributor on December 5, 2012 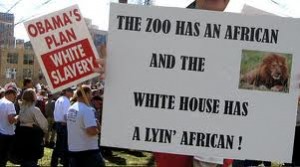 You have been a vegan for years and are tired
of fearful fishes trembling when you fly above,
tired of guilt their fright creates, how there aren’t enough
berries in the world for you to eat
to make up for devouring countless fishes in the past.
You say that we’re post-carnivore,
that eagles no longer feast
upon the sea’s silver surface;
that we’ve elected a hybrid,
half bird half black man, and he’s a vegan too,
so no more fish shall perish,
so they can now come up from underneath.
But it’s hard for the world to work
without a pecking order; easiest for the hunter
to put away his gun than for the fish to forget
he was once prey when this was the reason
he dove into the water and learned how to breathe under sea,
when this was the reason he learned
to keep swimming even while asleep.
The best way to clean a gene pool is to drain it; fear
sinking into the tectonic ridge until the sea disappears.
Surely after its death new life will form again
and perhaps next time it’ll cohabitate instead of dividing to conquer;
post-carnivore, post-racial, post-appetite, post-slaughter. 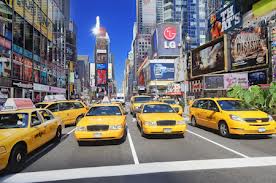 I know their bodies by now
better than I know my own
face. Never thought I looked
like the guy who’d forget her name
or his name the morning after.

But it’s really the same body
every evening, regardless;
the same two hands rubbing hard
against each other, readying
a static charge; the same eyes

staring through my clothes but rarely
looking any further; the same mouth
bursting nervous laughter over drinks,
practicing itself for bursting more
explosively later in the night.

Then the electrical storm—
nightly struck by new light,
life or its illusion finds me
briefly, then flashes away.
The night always ends with rain,

but rarely washed in spirit,
just flooded numb, just lost
at sea, just swallowed by
hunger; the body, trying to feed
its desire to hold someone

inside it, offers itself for holding;
question learning question, shadow eating
shadow, light shining outward but
never illuminating itself to avoid
blinding the world. In order

to see we seek the unknowable
where it can never be found, in him
or her; spinning the earth with our feet
in hot pursuit of one another, exposing
other sides of this globe to the sun.

when a heart stops, its meat
turning into curiosities; perhaps
there is only our not knowing
what’s beyond, what would happen
if we slowed the flashing bolt down

enough to follow light until its end
at the edge of our own bodies, after
our sixty seconds is up and its someone else’s city,
someone else, the morning after,
wondering who they’ve now become. 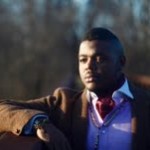 Darrel Alejandro Holnes is a writer and producer. He and his work have appeared in Callaloo, The Caribbean Writer, the Best American Poetry blog, the Kennedy Center for the Arts College Theater Festival, TIME Magazine, and elsewhere. He is a Cave Canem and Bread Loaf fellow with degrees in creative writing from the University of Michigan and the University of Houston. He currently teaches at Rutgers University and resides in New York, NY. Follow him on twitter @daholnes