Navajo man wants the nation to hear its official apology 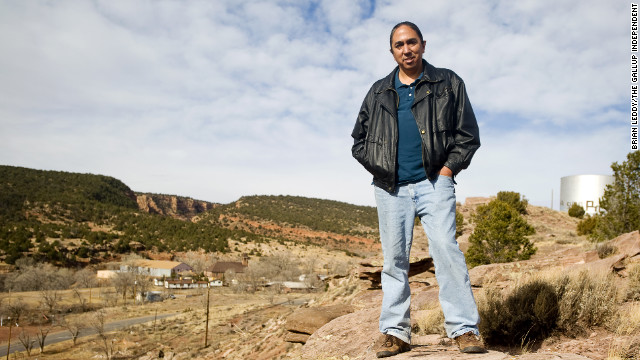 Mark Charles plans to read aloud in Washington on Wednesday an apology that the U.S. issued to Native Americans.

Buried on page 45 of the 2010 Defense Appropriations Act, after pages on the maintenance and operation of the U.S. military, is an official apology to Native American people.

Mark Charles, a member of the Navajo Nation, stumbled onto the apology about a year ago after he heard GOP presidential hopeful Mitt Romney say that he would never apologize for America. Charles wrote a blog post that cited several situations in which he believed it was prudent for America to say sorry. One of them was to native people.

A reader responded that such an apology had already been issued. Charles went online and found the 2010 Defense Act.

It went on to urge the president to acknowledge the wrongs.

He set himself on a path to rectify that. On the anniversary of the passing of the defense bill – Wednesday, December 19 – he would go to the Capitol and he would read the apology out loud, hoping that others would join him in his cause and that it would attract enough attention so that people would hear about it. At 11 a.m. Wednesday, Charles plans to read the entire defense bill out loud.

“As a Native American, I feel offended that the apology was buried in this bill,” he said.  “It demonstrates our country is not ready to apologize. Personally, I don’t think it’s a very good apology,” he said. “It does not mention any specific tribe or any specific incident.” It also contains a disclaimer at the end: nothing in the apology could be used in a court of law against the United States.