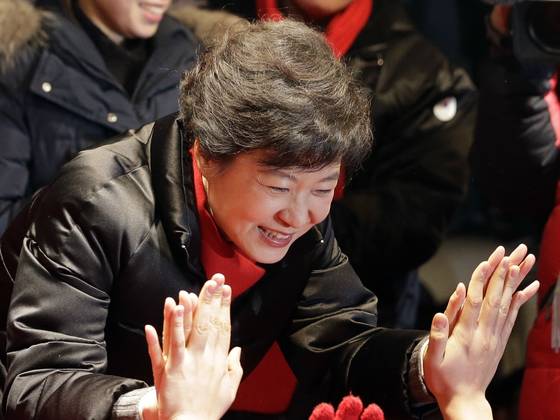 When Park Geun-hye last lived in the presidential Blue House more than 30 years ago, she was a young, stand-in first lady, serving after the assassination of her mother and before the killing of her dictator father. After defeating Moon Jae-in in elections Wednesday, she will return to her childhood home as the first female president of a country where women continue to face widespread sexism, huge income gaps with men doing the same work and few opportunities to rise to the top in business, politics and other fields.

Her presidency will shatter the bias that women are less capable of thriving in male-oriented South Korean politics, said Lim Woo-youn, a researcher at the Chungcheongnam-do Women’s Policy Development Institute in central South Korea.

Her biggest challenge after she takes office in February, however, may be the still-fresh divisions that linger from the 18 years that her father, President Park Chung-hee, ruled South Korea. Many, including the older conservative voters who form her political base, see Park Chung-hee as a hero, the man whose strong hand guided the country from the devastation of the Korean War to an economic force that lifted millions from crushing poverty. His critics remember the brutal way he dealt with opponents to his unchecked rule, the claims of torture, execution and vote rigging.

Park laid out a fairly moderate platform in her campaign to replace unpopular President Lee Myung-bak, a member of her conservative party.

But despite her history-making win and her efforts to forge her own path, many see in her only the embodiment of her father, who grabbed power in a 1961 coup and ruled with ruthless efficiency until his spy chief shot him dead at a 1979 drinking party.

Critics have long seized on what they see as Park’s queen-like aura in an attempt to link her with her father. Park herself points to the embodiment of female imperial rule, Elizabeth I of England, as her role model. Much of Park’s public persona has been built on her close association with her father’s rule. She has created an image as a selfless daughter of Korea, never married, who served first her father as his first lady and then the people as a female lawmaker in South Korea’s tough political world.