This month marks the ten-year anniversary of the death of Gwen Amber Rose Araujo, a Mexican American transgender woman who was brutally murdered in Newark, California, on October 4, 2002. I think about Gwen just about every day. I never had the opportunity to meet her, but our lives are intimately bound by more than just the fact that I, like her, am transgender, or that we are both Mexican American. In 2009, I had the pleasure and privilege to meet Gwen’s mother, Sylvia Guerrero. Sylvia immediately asked me where I was from, and when I told her I was from Brawley, California, she responded to me, “You know, Gwen was born in Brawley.” I was immediately taken aback by this. It’s not that Gwen’s death all of a sudden mattered more to me because we were both born in the same region, but learning this explained the inexpressible kinship I felt with Gwen’s story. The violence of her death resonated close to home, not because as a transgender identified person “that could have been me,” but because she was from my home, and from that moment I couldn’t stop thinking about her death. 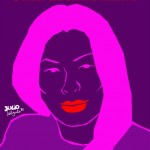 I am not attempting to liken the circumstances that I live everyday to those lived by Gwen. As a professor and as a trans* man, my gender, class position, and education afford me a particular privilege. However, in many ways the constant reminder of her death, and the deaths of other transgender people of color work to determine the shape of my life and the culture I live in. One of the most pertinent considerations that Gwen’s death raises ten years later is that hate-motivated violence toward trans* persons of color expands how we think about and understand racialized, sexualized, and gendered violence.

There is a cost in remembering Gwen and the many others who were murdered before and after 2002. The repetition of the narratives of these individuals’ deaths produces silences around gendered violence, especially when it is violence against people of a non-normative race, ethnicity, gender, sexuality, and/or citizenship. Such narratives rely on the creation of a portrait of an individual one can relate to or sympathize with, but there is always an underlying demarcation of difference between the living and the dead. Remembrance that is not critical in scope is, then, consumption of brown trans* bodies, which in effect reifies racialized, sexualized, and gendered violence as an institutionalized mechanism for ensuring subordination and compliance. Such consumption dangerously transforms violence into fodder for the imagination, which can in turn limit the ability to which trans* persons can imagine themselves as not always already dead.

The larger problem is that most often the deaths of trans* people of color are utilized as evidence of a persistent problem: transphobia and homophobia. Stuart Hall has suggested that racism is the ideological glue of a given hegemony. Thus, it is racism that animates transphobia and homophobia as seen in the increasingly violent iterations of violence toward trans* people of color. Brown trans* bodies are a threat to racialized, sexualized, and gendered dominance. These bodies are simultaneously much too seen and not seen at all. Moreover, racialized, sexualized, and gendered violence, as an instrument of sociopolitical terrorism and control, has been increasingly normalized so that the policing, punishment, and subjugation of certain bodies (namely racialized and gendered bodies) go unnoticed.

Each year, the National Coalition for Anti-Violence Programs (NCAVP) releases a report on hate violence against LGBT, queer, and HIV+ people in the United States. The data in 2011 was gathered from 16 anti-violence programs in 16 states. Here are some (not so) shocking findings from the report:

This data signals that ten years later, transgender people of color, specifically youths like Gwen, continue to be devalued and derogated despite the enactment of hate crime prevention laws, such as the Matthew Shepard and James Byrd, Jr., Hate Crimes Prevention Act. This act, in its naming, symbolically locates racism and homophobia as separate rather than constitutive and further institutionalizes the erasure of the brown, trans* body. The findings of the NCAVP report confirm that trans* people of color are under attack and that it is increasingly important to pay close attention to how racialized, sexualized, and gendered violence lays bare the collusion of racism, sexism, homophobia, and transphobia.

There is indeed a relationship between bodies, life, death, and power, which is why the deaths of Gwen Araujo and others still matter. There is also a reason why brown trans* folks like myself are compelled to remember, in an effort to resist the myriad ways the continuous normalization of such violence intimately shapes the relationships between “free” and “unfree” and “life” and “death.” In remembering the ghosted, one is encouraged to be braver, stronger, and much more creative in how one resists.

I will continue to remember and honor the life of Gwen Amber Rose Araujo, as her life and memory continue to move me deeply and to remind me that I must have hope and above all I must continue to resist.

More of Julio Salgado’s work can be found at: http://www.juliosalgado83.tumblr.com

Author’s Note:  In this article I am in no way trying to appropriate the extreme violence and derogation faced by transgender women of color as something equally experienced by transmasculine identified persons of color.  As noted in the data cited, transgender women made up 40% of the 30 anti-LGBTQH murders in 2011 and only represented 10% of total hate violence – which means that transwomen are much more vulnerable not only to violence, but severe and deadly violence. Therefore, there are undoubtedly varying degrees of how violence affects and/or is experienced by various trans* individuals.  My desire in writing this piece was one of remembrance and honoring a person I never knew, but whom I think about everyday and is in great part the reason why I do the work I do. 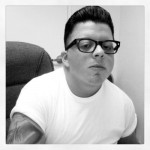 Francisco J. Galarte is Assistant Professor of Gender and Women’s Studies at the University of Arizona.  He is currently working on a book manuscript based on his dissertation entitled El Sabor del Amor y del Dolor: Affect, Violence and the (Trans)Body in the Chican@ Historical Imaginary. His research interests include Chican@/Latin@ Studies, Transgender Studies, and Critical Pedagogy.

Related Itemsbody politicsGenderhomophobiaRacetrans*transgendertransphobiaViolenceYouth
← Previous Story Phantasmagoria; or, The World is a Haunted Plantation
Next Story → Louder Than the Dark: Toward an Acoustics of Suffering